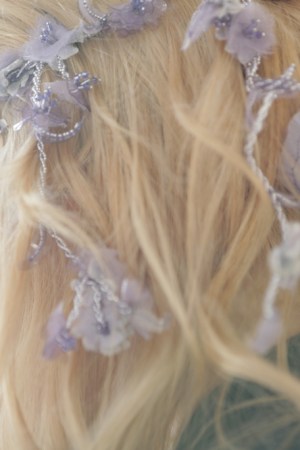 Samaritaine’s Beauty Floor Is the Biggest in Continental Europe

PARIS — The beauty look at Atelier Versace had a more natural spirit this season.

Makeup artist Pat McGrath crafted a lighter rendition of the smoky eye traditionally popping up on the label’s runways.

“We’re doing it with pale shimmery greens,” she explained, adding that models’ eyebrows were groomed and their skin given a glow. “It’s much more romantic, but [still] tough. There’s a little nod to rock ‘n’ roll.”

McGrath said once she and hairstylist Guido Palau saw the fashion collection and the garlands models were to sport, “instantly, we knew the look. The makeup and the feel were going to be lighter. [Donatella Versace] wanted the girls to be fresh and sexy.”

As such, Palau left tresses flowing from under the leafy bands encircling their heads. “I’m doing very natural hair,” he said, also describing the style as having a Seventies tinge.

“They look like the most amazing kind of rich rock goddesses in a way,” continued Palau, who used texturizing product Wind Blown 05 Dry Finishing Spray from Redken. “They look like beautiful nymphs in these gorgeous dresses.”