Peter Philips and Guido Palau fashioned the beauty look of the show. 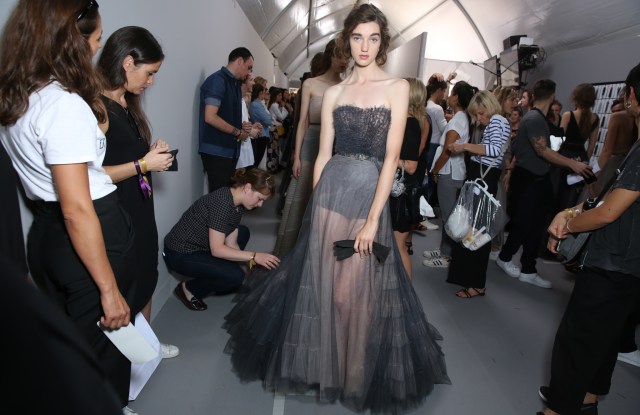 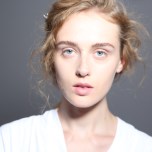 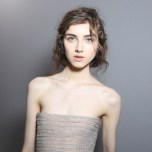 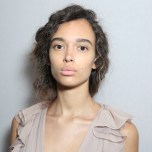 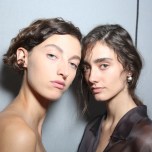 While mining Dior’s archives, the house’s artistic director Maria Grazia Chiuri discovered that within a year after Christian Dior showed his first collection 70 years ago the brand was selling worldwide. So in keeping with this globetrotting tradition, she opted to wink at women travelers of yesteryear, like Amelia Earhart, for the beauty look this couture season.

“They didn’t wear much makeup,” said Peter Philips, creative and image director for makeup at Dior. “They were even a bit weathered, and I want that look.

“They have to look like they’ve been traveling the world effortlessly,” Philips continued.

Hairstylist Guido Palau opted for a simple ponytail with a windswept texture. “There’s a romance to her,” he said, referring to the models. “She’s traveled, so it’s a bit disheveled.”

Palau, using Redken Wind Blown 5 Dry Finish Spray, worked tresses using different sized curling irons. “It should feel easy and cinematic almost, like they are caught in a moment — not perfect,” he said of the style, where hair was parted to a side with fingers. “It feels very womanly, easy and sophisticated.”