Peter Philips and Sam McKnight were behind the show’s beauty concept. 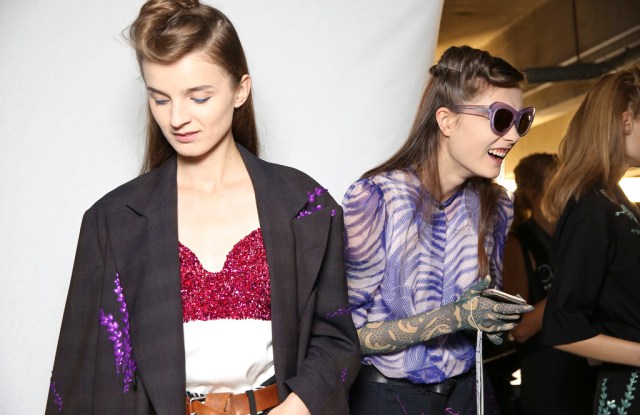 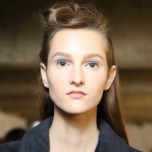 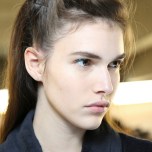 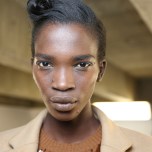 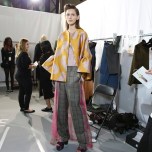 For the Dries Van Noten show, makeup artist Peter Philips said he had in mind “a natural girl, but she dares things — she is not afraid of color, she’s not afraid of expressing herself, even of being eccentric.”

He went for a “non-makeup look” with pale skin, nude lips and a dash of eyeliner, just along the middle of the top lid, made of cobalt glitter.

“That then expresses her eccentricity, but she’s still a girly-girl at the same time,” said Philips, explaining the chosen blue glitter matched a tone that in the collection. “It’s a makeup accessory.”

Hairstylist Sam McKnight had a daring woman in mind, too.

“What Dries was thinking was to have a nod to the Forties somewhere in the hair, just to give it something unexpected,” he explained.

McKnight crafted what he described as a “not so well-done roll in the front, with the natural hair in the back. There’s a low side part, and I’ve just kind of rolled it up as they would have in the Forties, but not finished it properly. It’s taking the Forties and making it modern.”