Linda Cantello and Teddy Le Cheylard crafted the beauty look for the show. 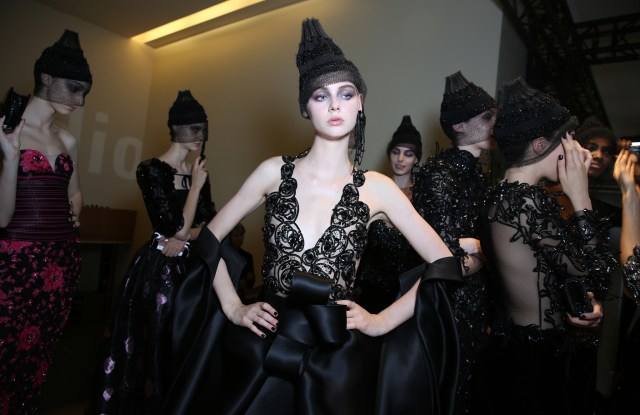 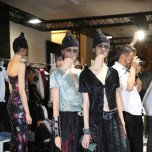 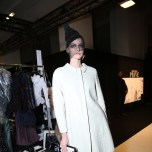 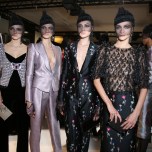 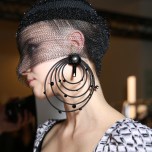 “Mr. Armani wanted a very mysterious woman, so we wanted to do a shadowy eye that had no hard lines, was an imperceptible color. It’s really just like her veils,” explained Linda Cantello, Giorgio Armani Beauty’s international makeup artist, referring to the veils that would cover models’ faces for the display. “So it’s this kind of air of mystery. It is like a veil of color.”

She mixed hues herself, such as black with burgundy and silver with gold, from the Armani holiday palette. Eccentrico mascara in obsidian black was applied to models’ top lashes, while their lips were kept natural.

Hairstylist Teddy Le Cheylard, working with L’Oréal products, wrapped tresses tightly around models’ heads, which were then topped by hats with the veils.