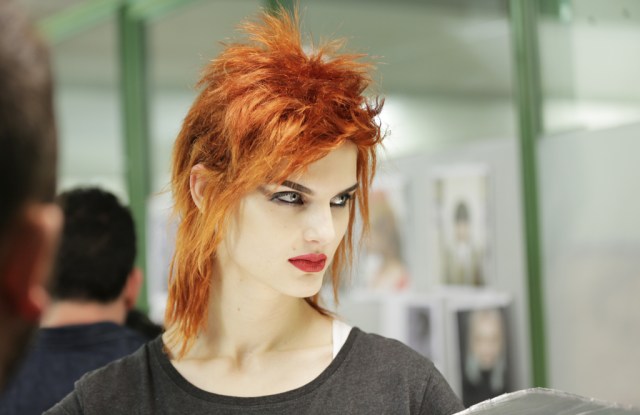 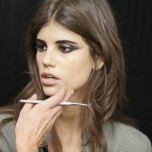 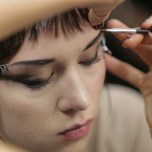 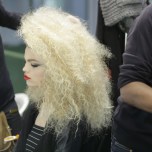 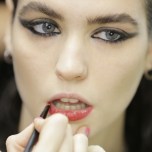 “Everybody had a look,” said hairstylist Odile Gilbert, reminiscing about the woman in charge of the door who rocked a shaved, blonde style. “Then inside, of course, you had all the party people.”

She ticked off names like Farida Khelfa and Eva Ionesco.

“You had personalities, and people who really made an effort,” Gilbert said. “Because you wanted to be noticed. So you have girls with different looks, like big hair, small heads — really different characters.”

In all, she conceived some 10 variations for the show.

“You have a bit of punk, a bit of everything,” continued Gilbert.

Makeup artist Sam Bryant created what she described as a “whole look.”

“The girls that went out would do their hair, their eyebrows, their eyeliner,” she said. “They did their lips and their blush.”

So, Bryant did the same for the Gaultier catwalk display.

On most models’ lips, for instance, she applied a bright red lipstick, while a few got an orange hue, and then lashings of gloss.