Peter Philips and Guido Palau created the look of the show. 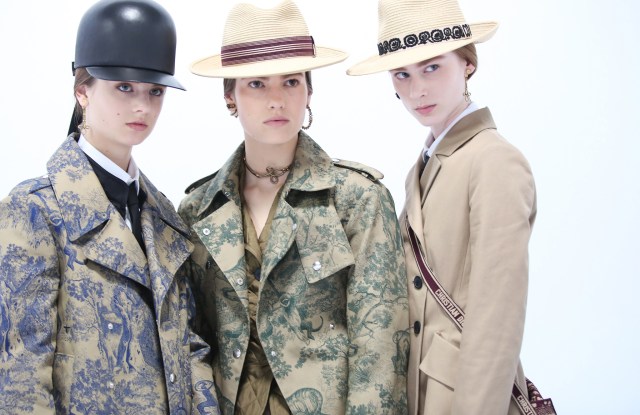 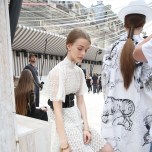 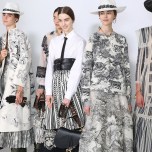 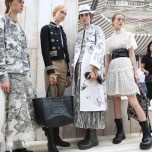 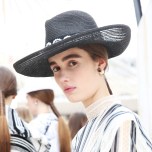 The Dior Cruise 2019 collection’s equestrian theme infused the beauty look of the show, which was held at the Great Stables of the Domaine de Chantilly.

Peter Philips, the house’s creative and image director for makeup, said he took a cue from the escaramuzas, Mexico’s female rodeo riders, who inspired Dior’s artistic director Maria Grazia Chiuri’s collection. In the Fifties, they entered the acrobatic sport, formerly reserved for men.

“There was a group of women who said: ‘We can do that also,’” Philips said. “But they wanted to keep their femininity.”

Philips asked the horse riders performing at the Dior display how they wanted their beauty look to be, and they told him it should include red lips, eyeliner and emphasized lashes, so he crafted that for them.

Philips chose the Dior Backstage eye palette in the warmer of the two existing shades for lids. He swept a tad of primer on faces and opted for a dewy beige hue for lips.

Guido Palau fashioned ponytails — literally like tails of ponies — for the show. He extended models’ tresses, pulled them back into a ponytail that was then bound tightly and sleekly with hair for a few inches starting at the nape of necks.

“Having this very elongated ponytail adds to the silhouette,” he said. “There’s messy center parting, [with hair] going over the ears to give it a slightly masculine, equestrian feeling.”