Tom Pecheux and Orlando Pita were behind the beauty look of the show. 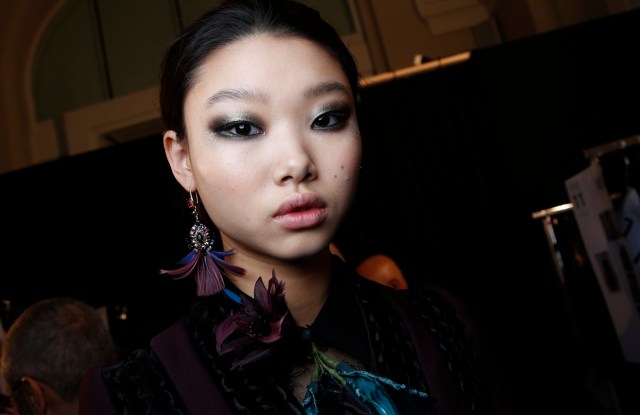 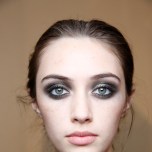 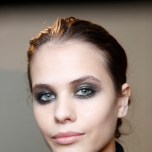 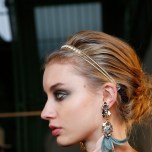 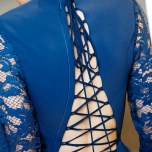 “The look today at Elie Saab is a mix of fairytale, ballet and Broadway show,” said makeup artist Tom Pecheux, ticking off specific inspirations, as well, such as “Giselle” and “One Thousand and One Nights.”

He crafted on models large, smoky black eyes. “They’re pretty intense, pretty round,” he said. Then on top — for a joyful contrast to the black — he added on eyelids a golden color and multicolor glitter.

“The rest of the face is very natural,” continued Pecheux, explaining skin was beautified, lips given a beige color and lashings of mascara were applied.

Orlando Pita had a “Gothic, ghostly ballerina” in mind while dreaming up hairstyles for Elie Saab. “There’s a kind of messy bun in the back, and sometimes it has a decoration,” he said. The idea was to have the coif feel ethereal, with strands left hanging out.