James Pecis and Janeen Witherspoon created the beauty look for the house. 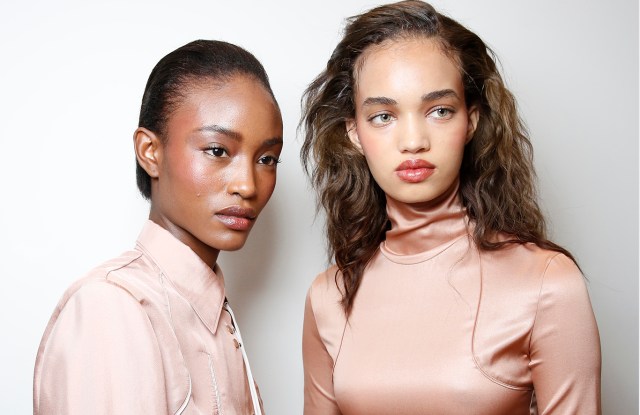 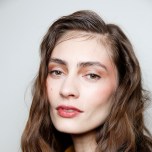 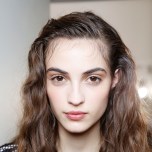 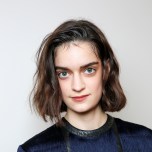 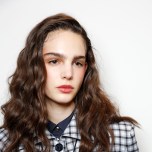 “We’re doing a rodeo queen, which is kind of fun,” said James Pecis backstage at Nina Ricci. “But it’s not like a Dallas rodeo queen — it’s more like a Reno, Nevada, rodeo queen.”

The beauty look actually referenced a book titled “Rodeo Queen,” full of snapshots of rodeos from the Eighties or Nineties, said the hairstylist.

“All the girls are supersexy, but they’re all healthy,” he continued. “It looks in these pictures like they’ve set their hair and brushed it out.” From all the horse riding, the women appear to be sweaty, too.

So for the look of the show, Pecis set models’ hair with an s-shaped curl for a more natural effect, then applied product — like spray mousse — by hand while scrunching up tresses to diffuse them.

“Sometimes if it needs a little more we might break it down with water,” he said, of the coif. “We’re trying…to move away from anything that looks like it’s been curled.”

Wispy baby hairs were left free, for instance, and a light gel applied to give a hint of heat.

For the show, makeup artist Janeen Witherspoon envisaged a rodeo prom queen mash-up. “You can imagine these girls loved their makeup, were really athletic and healthy,” she said.

Witherspoon gave models’ cheeks some blush that was swept up alongside peepers and through to the temple. Eye sockets were slightly defined, and Chanel Mirage eye shadow applied for a slight glimmer. Before the show began, a sheen was to be added to skin, so “it’s fresh and glowy,” said Witherspoon.

She used Paramount lipstick from MAC Cosmetic and also a tad of mascara.