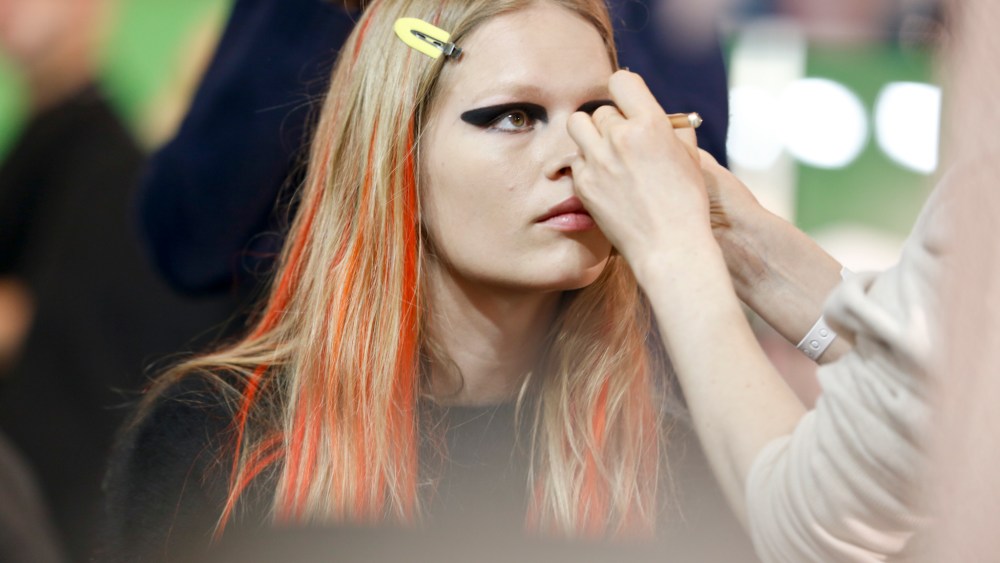 Colorful extensions in hair and dark eyes defined the beauty look at Versace.

“We are doing the modern, strong version of the Versace look,” said makeup artist Pat McGrath. “It’s the return of Donatella’s black eyes in a really super graphic way.”

A geometrical black shape was obtained by painting eyelids using either a pencil or a cream. Then pigment was pushed in on top. Black mascara was used on the top lashes.

Skin, lips and nails were kept natural to focus all of the attention on the eyes.

“We put color into the hair,” said hairstylist Guido Palau, who used Josh Wood Color and Redken City Beats, which are highly pigmented.

Redken Pillow Proof was used to prepare hair, then extensions in strong hues of orange, yellow and blue were applied to only 20 of the models, chosen by Donatella Versace.