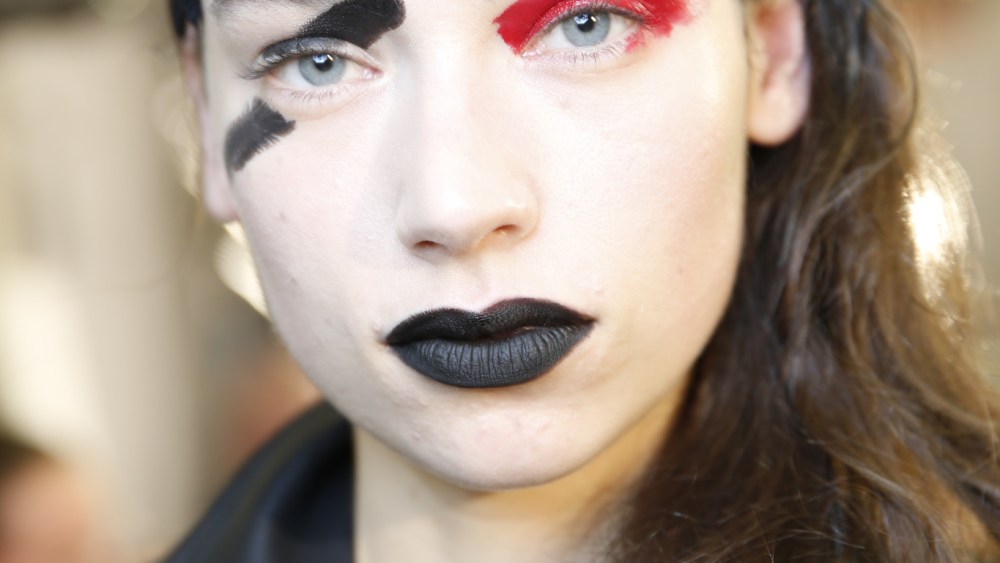 “We wanted to have a textural, black silhouette to the hair, so we’re using a fabric Yohji brought along, which is a mohair wool,” said Eugene Souleiman. “We’ve created wefts of hair. We are basically sewing them on to string, and that string we’re tying into the hair. We’re literally squashing it on [models’] heads. So it should feel like they almost have dreadlocks — kind of squashed.”

Bits of models’ hair was left loose. “So there’s a softer, realer quality,” he continued. “It’s an exercise of doing something that’s extremely graphic and something that is ethereal at the same time. There’s a sensuality to the hardness.

“It’s really beautiful, and I just want it to be like you’re not really sure if it’s their hair or if it’s not,” he continued. “You’re unsure of what it is.”

Makeup artist Pat McGrath creating a striking effect as well, involving each model getting an asymmetric smudge of black and of red pigment across one of their eyes. Skin was left unadorned and lips painted black.