Backstage at the fashion shows, a quiet revolution is under way. 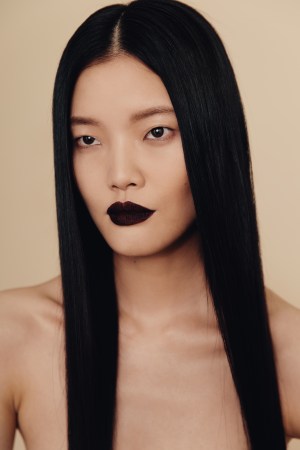 Lip Is the Worst Hit Category in Beauty in 2020, Yet Launches Abound

Backstage at the fashion shows, a quiet revolution is under way.

Runway hair and makeup has long served as the finishing touch for a designer’s vision, with models turned out in identical beauty looks to unify a particular collection. That’s beginning to change, both in the U.S. and to a lesser extent, Europe. The past few runway seasons have seen fewer makeup and hair products being used to distort and transform heads and faces into a designer fantasy. Instead, distinct features are emphasized, where they once were concealed. The beauty look has shifted to multiple, different looks reflective of the models themselves, who are cast to highlight their unique features and personal style.

“Every single show I’ve done [this season], the big trend is individuality. Sometimes a girl will walk into a show and we’ll be like, ‘She looks great — leave her alone.’ Literally not touching,” says hairstylist Anthony Turner.

The digital age is at a juncture where selfies are aggressively shared on social media, Millennials control the marketplace and fashion is no longer governed by a central point of view.

“Accentuating what’s unique about yourself if you want to or not — honestly, there are no hard-and-fast rules — is really a celebration of more diversity, more uniqueness [and is] more unconventional, which is the new conventional now,” says John Demsey, executive group president of the Estée Lauder Cos. Inc.

In Europe, while many designers still cling to the notion of a singular — sometimes extreme — look, others have adapted the concept of individuality alongside their American counterparts. The shows in total also tend to be more of a spectacle. In Paris, the makeup look at Céline, Giambattista Valli and Sonia Rykiel was bare-faced; at Stella McCartney, several models kept their own hairstyles. At Fendi and Gucci in Milan, natural hair texture was kept in place, and at Gucci, the makeup was noticeably pared-down. Each model at Fendi received a different eyeliner treatment. At Burberry in London, each model sported a different hairstyle.

“Especially this season, she wanted the girls to be themselves, and I think the casting had reflected that, too,” makeup artist Diane Kendal says of the Céline show and its designer, Phoebe Philo. Kendal keyed the makeup look. “It’s in Europe, too…for the past few seasons, designers [globally] have kind of wanted the casting to reflect [the] individual, to have [each model] have sort of a personal feel.”

Lyne Desnoyers, executive director of makeup artistry, MAC Cosmetics, tells WWD, “We’ve seen this individualized beauty trend in Europe in shows such as Charlotte Olympia, I’m Isola Marras, Iceberg, Marques’ Almeida, Giambattista Valli and Emanuel Ungaro. The idea is to give each model a beauty look to highlight her own individuality, while still staying true to the designer’s story.”

Millennials and their younger, more superconnected siblings, Generation Z, are growing up in a society that embraces diversity in a way that generations before them did not.

“With my generation, I felt that we were more adaptable to a [societal] norm, whether it be in beauty or fashion. Looking at Ally and Taylor, it’s like, ‘If this doesn’t fit into what I like or what is meaningful to me, I’m not going to bother,'” says Jenny Frankel, founder and chief executive officer of Nudestix, a cosmetics line she founded last year and runs with her teenage daughters.

Individual beauty expressed on the runway is indicative of a generational shift in perspective on beauty.

“This girl gets her curly hair — it’s beautiful, we just thickened it up,” says hairstylist Orlando Pita, waving a hairbrush toward the model sitting in a chair behind him backstage at the Michael Kors fall runway show. Pita crafted a variety of looks for the show, keeping in mind the original hair textures of each model. “There are little differences, but everybody’s different. It’s embracing each girl and enhancing what they have.”

“They are not soldiers. They are women that [Joseph Altuzarra] likes, and he likes them all because they are individuals and he wants to treat [them] that [way] now,” agrees makeup artist Tom Pecheux while backstage at the Altuzarra show this past season, for which he led the makeup direction.

When François Nars, founder and creative director of Nars Cosmetics, returned to backstage makeup artistry after a 10-year hiatus for the Marc Jacobs spring 2009 show, he created 65 unique looks for the 65 models walking the show. “Marc said that he wanted all of the girls to have a different look, to express each of their individuality,” says Nars. “We wanted them to look like they were getting ready to go out, so naturally there would be a variety of looks. For me, I’ve always pushed for women to be more themselves and to find a look that really fits them. So it goes back to what we were doing at the show, which was to really show different characters and to tell women that you don’t have to follow just one look.”

Fashion being fashion and Marc being Marc, he has since gone in a different direction. This past season, Nars created six makeup looks for the show, inspired by Eighties punk. Paired with Guido Palau’s Twenties-style waves shellacked with hairspray, it was a Goth-meets-flapper moment that harkened back to the notion of runway beauty as a singular look.

But several major designers, most notably Alexander Wang and Michael Kors this season in New York, are holding fast to the concept of individuality.

Backstage at the shows has long been a place where beauty trends are born and product development is set in motion. If makeup and styling agents are affecting a new natural minimalism, the beauty industry would seemingly question the impact this will have on the marketplace. If products aren’t in fashion, what happens to consumer demand?

It seems counterintuitive that makeup sales are soaring in the midst of a “no makeup-makeup” moment on the runways, but makeup, always a standout category for sales, is not losing momentum in the marketplace. Rather, just the opposite — it’s accelerating.

“The consumer perception has shifted in a way to think about using makeup [both] to transform and to celebrate the individual,” says Deborah Yeh, senior vice president of marketing and brand at Sephora. “That’s totally driven by influencers, makeup videos, celebrities and the like.”

According to data from The NPD Group, makeup category sales grew 13 percent in the $16 billion prestige market last year. Growth was accelerated by the “all other face” segment, including contouring, strobing and highlighting products. CC creams and makeup primers, popular with Millennials for their multipurpose effects, grew 58 percent in the last two years and contributed $490 million to the industry in the past year alone.

“Backstage is still a laboratory,” says Demsey. “Young women today are 15 or 20 different people all at the same time. It’s the same person and that person will change up her look all the time, and experiment with makeup, hair [and] fashion…whereas 20 years ago, there was a standard and everyone tried to replicate [it] every day of their life.”

Yeh adds that Sephora customers are buying more makeup, particularly products driven by social-media-fueled trends. Contouring and strobing products were key sales-drivers last year, and the company is banking on color correcting as the next big makeup wave in 2016.

“People are wearing and using a lot more makeup now. And they’re more individual, and they’re more diverse, and [those are] kind of related to each other,” says Demsey. “Whether it’s in fashion or not in fashion, it’s the way of the world…the one standard of beauty is gone.”

Before manifesting in runway beauty, individuality took root in fashion. The new generation of American designers — Alexander Wang, Proenza Schouler and Altuzarra — that cropped up over the past 10 years, paved the way, acting as champions of their own distinct visions and crafting their own unique directions while ignoring the inclinations of the fashion industry at large.

“We call them Renaissance kids — they spoke digitally first, they had their own community built [and] they didn’t have to rely on retailers and wholesale just to get their message out,” says Mazdack Rassi, cofounder of Milk Studios and Milk Makeup, the studio’s new beauty line.

“It was a lot easier for them to establish who they were because they had no legacy issues. They came right out the gate and they spoke the way they wanted.”

Milk Makeup, which launched in February, was born after Rassi and his fashion editor wife Zanna observed a common laissez-faire attitude toward makeup possessed by the young adult women working and attending events at Milk Studios over the past five years.

“She doesn’t use makeup to change who she is, but just kind of enhance it. She doesn’t hide behind it,” says Rassi. “She’s proud that she doesn’t wear a lot.”

The Milk products are ambiguous by design, meant for multipurpose use.

“That was our point of view, we weren’t actually creating a cosmetic line — we were creating fun. It was another form of accessory.”

Runway models are a reflection of a moment in time — the aesthetic and attitude of the prevailing era. The Eighties saw supermodels and excess, and after, the Nineties brought a return to minimalism with the controversial rise of “heroin-chic.” Mass pop culture dominated the style influence of the early Aughts.

For the digital generation, the ability to craft and curate one’s own unique identity via online platforms has been a force in the rise of individuality.

“This final picture of a look to achieve is a little bit outdated,” says Emily Weiss, founder and ceo of Glossier and Into the Gloss. “Women have authorship — real ownership over their character and their persona from a digital perspective.”

What is happening in backstage beauty is a reflection of what is being seen online and on the street. There are more outlets when it comes to self-expression, allowing for countless sources of inspiration for consumers. “All of the fashion shows have no makeup,” says Pecheux, exaggerating to make his point. “It’s no longer a full look.”

But Pecheux acknowledges there’s still a place for the heavily made-up side of the equation, especially outside the runway. Exhibit A: the Kardashians.

“The world has gotten smaller with our devices, and the industry is heeding a call to find women and men that reflect the society. We want the consumer to see themselves in the people that we represent,” says Ivan Bart, president of IMG Models.

He notes that the most successful models today have an authentic voice on social media — “whether it’s Twitter or Instagram or Snapchat, it’s key that you are able to communicate well.”

“If you look at the Gigi Hadids or the Kendall Jenners of the world, they’re the new network,” says Demsey. “The biggest trend in the world right now are InstaGirls. The impact of [social media] and all these things [is] a never-ending stream of imagery, content and people showing off the diversity of different looks.”