Bastide wants to bring the notion of “young-gevity” to skin care.

The French beauty brand was acquired and relaunched by Frédéric Fekkai and his wife, Shirin von Wulffen, three years ago. Rooted in the artisanal traditions of Aix-en-Provence, Bastide has become known for its fragrances, body-care and home ambience products. This week, it enters the skin-care category with two products to start: Elixir II Nourishing Oil for Face and Décolleté, $105, and Beauté D’Argile Purifying Clay Mineral Mask, $60.

“We’re working on other products that will come out in the future, but these are the two we wanted to launch with,” said von Wulffen. “Our oil was the most requested. We went through something like 51 different versions before we decided we had what we really wanted.” 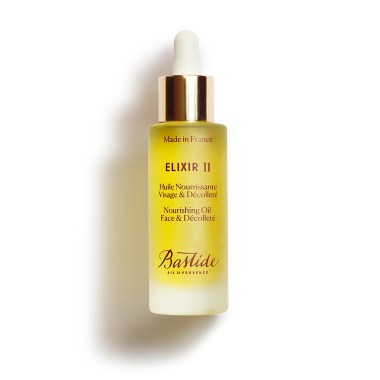 Bastide is said to be experiencing triple-digit percentage growth year-over-year, with one-third of its sales coming from online. Industry sources estimate that the company achieved $5 million in global retail sales in 2018. Skin care is expected to be a $1 million category in its first full year of business.

The brand’s skin-care line is designed to adhere to its core focus on clean, natural ingredients. “We have a big list of no-no’s that we pay attention to,” said von Wulffen. “When we bought the brand, we said, ‘Everything we do, we want to be able to put on our children.'”

The offerings are now available on Bastide’s web site and will be carried in its flagship in Aix, which is also its only retail location. Bastide’s retail partners include Mecca in Australia, Holt Renfrew in Canada, Neiman Marcus and The Conservatory in the U.S., Liberty in London and Printemps in France.

In addition to its retail partners, Bastide works with a network of microinfluencers to produce organic social media content under the hashtag #LaVieBastide.

“We’re not about paying mega influencers,” said von Wulffen. “Sometimes we collaborate to create some content, but mainly it’s about creating this community of people who love that kind of lifestyle and who want to see it, live it.”