The brand is helping the beauty powerhouse understand the male point of view. 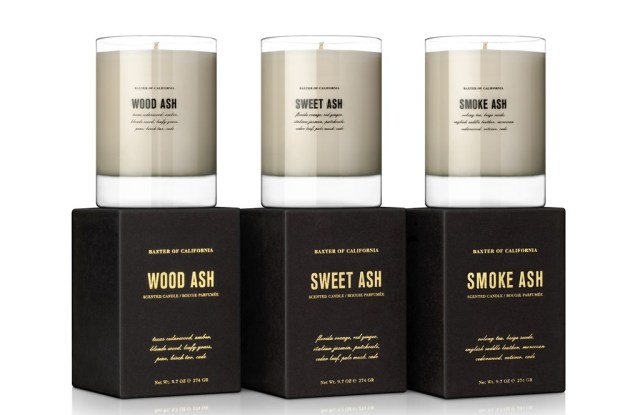 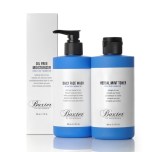 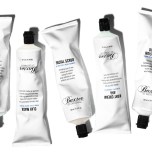 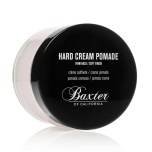 L’Oréal has a new guy in its corner helping the beauty powerhouse understand the male point of view.

Men’s hair- and skin-care brand Baxter of California certainly wasn’t one of L’Oréal’s splashiest or biggest acquisitions, but it may have an outsized impact on the company’s future. Estimated by industry sources to have generated $3 million in annual sales when it was bought in December 2012, the same year L’Oréal made headlines picking up Urban Decay, Cadum and Vogue, Baxter of California has quietly given L’Oréal a foothold in an aspirational, trendsetting segment of the men’s personal-care market and provided valuable insight on what’s driving men’s grooming choices.

“We are going after and seeing a real explosion and growth around the men’s grooming category. It’s a combination of social, societal and cultural factors contributing to it, where it’s becoming acceptable for men to care about grooming and looking their best,” said Diane Wade, an eight-year L’Oréal veteran and vice president of marketing at Baxter of California. “The population is aging, and older men want to look younger. They want to be relevant and current in the workplace, where they’re competing with women. There’s been a resurgence around masculinity, and taking back your masculinity. You see that in the trend toward beards and mustaches, and in the whole rising barbershop trend that gives men a place to go where it’s very masculine and comfortable. So, we see a real opportunity in the space of that guy who is willing to pay a little more for quality.”

Baxter of California speaks directly to the discerning male consumer. Wade describes the brand’s typical customer as a man in his “late 20s, early 30s, either single or newly married. He may be a new father, career-oriented, successful, confident and he cares about living a good life, putting his best foot forward and looking his best. He’s fashion forward, so he cares about the clothes he wears, his watch, his shoes, his car.”

In Baxter of California, L’Oréal believes it has found the ideal mixture of heritage and zeitgeist that resonates with that budding customer base. The brand dates back 1965, when it was founded by Baxter Finley, a New York advertising executive who, after moving to California, detected dryness in his skin he sought to remedy with moisturizers, including brand signature Super Shape. Finley ran Baxter of California for 35 years before he sold it in 2000 to Jean-Pierre Mastey, the son of a neighbor in the salon business. Mastey, currently a creative adviser to the brand, aligned Baxter of California with leading fashion retailers such as Colette in Paris, Unionmade in San Francisco, Isetan in Tokyo and Saturdays Surf and Barneys New York in New York. He also opened Baxter Finley Barber & Shop nearly four years ago on La Cienega Boulevard in Los Angeles, giving the brand an outpost with centenarian barbershop chairs and an antique cash box just as barbershops with throwback sensibilities were becoming au courant.

It’s the type of history many brands fake, and it’s a history that’s decidedly male-focused. “One of the things that we really like about Baxter is that it’s a brand that’s only for men. I think a lot of brands have attacked the men’s market with originally female brands. You have Dove [Men+Care] or Nivea for Men, L’Oréal Men or Garnier for men, which is fine, and that’s one way to approach the consumer, but we do feel like, as the male consumer is getting more interested in grooming and more sophisticated, he is interested in finding products that are developed just for him,” said Wade. “Our formulas are developed with just men’s skin, hair and shaving needs in ind.”

The brand’s assortment attracted L’Oréal, too. It has about 50 stockkeeping units priced mostly from $8 to $80, and sales are roughly split between skin and hair, which saw a boost when Baxter Finley Barber & Shop entered the picture. Some of the bestsellers are the Clay Pomade, After Shave Balm and deodorant. Among the recent launches are the Ash series of three candles: Wood Ash, Sweet Ash and Smoke Ash for $60 each. “One of the things that’s really nice about the Baxter range is that it is well rounded and well diversified,” said Wade. “We like to call it a lifestyle brand that addresses men’s complete grooming needs.”

Baxter of California has three main pillars of distribution: e-commerce, fashion retailers and barbershops. “We do see a big opportunity in e-commerce. We feel like that’s a really good alignment not only with the way the world and society is going, but also particularly for men because they want not to be bothered; they know what they like, and they tend to be loyal to products. They want product replenishment and finding the product easy,” said Wade. “Also, we’re very interested in the barbershop trend. It’s unclear if this is a passing thing or if it’s a trend that’s here to stay, but we feel like that’s a growth strategy that makes sense for us.” Leveraging L’Oréal’s strength, salons could play a role in Baxter of California’s distribution going forward. “L’Oréal is a dominant player in the salon industry, and there aren’t a lot of men’s-only professional brands in that marketplace, so it is a direction that’s being looked at,” said Wade.

This year, though, the main objective for Baxter of California is to increase awareness. Amplifying its social-media presence and redoing the Web site are components of the brand’s awareness efforts. Sampling is another component of those efforts. Baxter of California is beginning a sampling program to introduce customers to its pomades and other bestsellers. “We know that we have amazing products, but that our brand awareness is low. Digital and social media is a key way that we’ll be trying to reach potential new customers. Sampling is a key priority because we know that once people try our products they’ll love them,” said Wade. “The strategy is just to infuse some of the L’Oréal muscle and means behind [Baxter of California] to build awareness, to build trial and to grow it and build on what the brand is doing well.”

Although it has L’Oréal behind it, the beauty behemoth has left Baxter of California to its own devices at West Coast offices in Culver City, Calif., where the brand has a small team of about 10 people. Wade didn’t detail exact sales targets for Baxter of California, but stressed L’Oréal has “aggressive growth goals” for the brand. “We see the men’s market as a big opportunity for growth for us as a company. We have a strategic objective to gain 70 million new consumers over the course of the next 10 years, so that growth needs to come from some of the more underdeveloped segments, one of which for us is the men’s market,” said Wade.

Talking about Baxter of California specifically, she continued, “L’Oréal recognizes that we buy brands for what they do differently from what L’Oréal does. We don’t want to change what is making Baxter of California successful. We haven’t changed the way the products are formulated. We haven’t changed where they’re manufactured. The core of our line is made here in Southern California, and there are no plans to change that. L’Oréal saw a beautifully positioned brand that was distributed very well, that has incredible quality formulas, beautiful packaging, great pent-up consumer demand and great potential for growth.”