The campaign, which enters its 25th year in October, has funded 225 medical research grants through the Breast Cancer Research Foundation. When the organization started, there was no pink ribbon (Evelyn Lauder and former Self magazine editor in chief Alexandra Penney co-created it in 1992) — but now, the group has raised more than $70 million, and more than 150 million pink ribbons have been handed out at Lauder counters worldwide.

“A day doesn’t go by when we don’t get a phone call from someone looking for help for themselves, their mother, their sister, their cousin, their friend, in getting them the right care because they’ve been diagnosed with breast cancer,” said William Lauder, executive chairman of the Estée Lauder Cos. and son of Evelyn, who died in 2011. “A week doesn’t go by when we don’t get a thank you from an employee or relative of an employee or a consumer saying, ‘thank you for the work you’ve done, you’ve cured me, my sister, my mother, my cousin,’ and for that, I’ll always be grateful.” 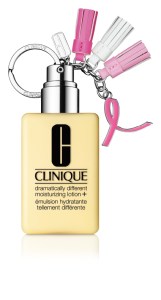 To help get to that $8 million number, many of the Estée Lauder Cos. Inc. brands have launched special-edition products with proceeds that will go toward the foundation, according to Lauder. Products include pink-themed Clinique Dramatically Different Moisturizing Lotion, Estée Lauder Advanced Night Repair, La Mer Moisturizing Cream, Aveda Hand Relief Moisturizing Creme and others.

Lauder employees pitch in too, he noted. “I went to the Estée Lauder brand sales meeting last year, and all the different regions from the U.S. were competing to see who could raise the most money amongst each other,” Lauder said. Aerin Lauder donated two rings for a Sotheby’s fine jewelry auction Oct. 17, the proceeds of which will go to the BCRF.

Corporate social responsibility is important to employees, Lauder noted. “Companies are coming to see that being just sales and profit machines are not enough to interest and excite their employees,” Lauder said. “Companies have to stand for more than just the product and service.” 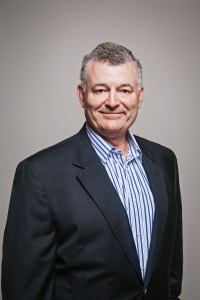 “When my mother Evelyn Lauder started this campaign over 25 years ago, it was something we were all very proud of, something we could really behind, something that was meaningful — and we noticed results right away,” Lauder said.

The money has definitely helped make headway in terms of breast cancer research, according to Dr. Larry Norton, scientific director at the BCRF.

“The breast cancer campaign…it’s been extraordinarily successful in terms of international recognition of breast cancer,” Norton said. “In the years the BCRF has been functioning [there has been] a total transformation of our view of the disease [and] our approach to the disease in many ways.”

Other points of progress include developing prevention strategies, more interdisciplinary teamwork, and most recently, the inclusion of mathematicians in the fold, Norton said.

“The real transformation is a much closer connection between basic scientists, clinical scientists and the clinicians and doctors working together in a coordinated fashion to address breast cancer from all angles, so we can attack it from all angles,” Norton said.