Whether off-script comments can help or hurt a brand depends on a host of factors, industry sources say. 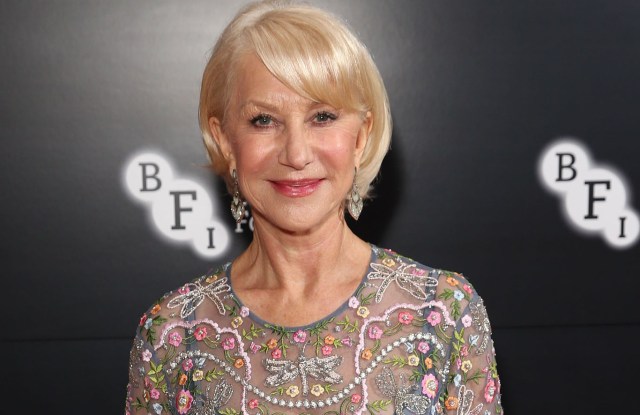 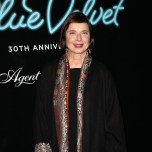 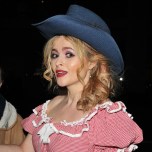 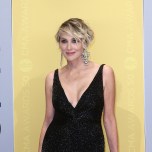 PARIS — Outspoken brand ambassadors: a boon or a bane to beauty brands in this digital age?

Oscar-winning actress Helen Mirren, a face of L’Oréal Paris, whipped up a virtual lather of excitement after having shared personal thoughts about skin care during a recent interview with Campaign magazine.

“I’m an eternal optimist — I know that when I put my moisturizer on it probably does f–k all, but it just makes me feel better,” the 72-year-old actress reportedly said in a wide-ranging interview, which went viral this week. She is the brand’s oldest celebrity face, fronting L’Oréal Paris’ Age Perfect moisturizing range since 2014.

“I’ve always said to L’Oréal, as well, that I will only do what makes me feel better,” Mirren continued.

She said: “I’m not setting standards for others. All I can do is be who I am. I’ve always loved makeup.”

Mirren joins a list of high-octane beauty brand ambassadors — including Helena Bonham Carter, Sharon Stone and Isabella Rossellini — who have publicly spoken their minds in unexpected ways and with varying effects. But that was before the Internet was as ubiquitous as it is today, with the ability to propel — and magnify — sound bites in a flash.

“In her interview, Helen was simply making the point, in her usual irreverent style, that beauty treatments aren’t just about looking good — they also make us feel good,” a L’Oréal spokeswoman told WWD on Thursday. “We are very proud to have Dame Helen as an ambassador. She is a role model for women of all ages, and we love her authenticity and humor.”

Numerous news sources had by Thursday evening posted stories online including Mirren’s comments, sparking a Twitter storm, with comments such as: “Bow down, as always, to the great #HelenMirren what an absolutely brilliant woman. #LOréal should use her more not less!”

“If it were at all possible, she’s just gone up in my estimation. #helenmirren” another person wrote.

“Hahaaa! Gotta love her raw honesty — although not sure #LOréal will! #HelenMirren #products #marketing #brands,” someone else tweeted.

“I make her right. These companies make billions of pounds selling the emperor’s new clothes to women. Coconut or vitamin E oil is better,” was another tweet.

Despite the support for Mirren, there’s always the possibility that an ambassador’s candidness can negatively impact a brand.

“It’s critical that brands choose spokespeople that truly believe in their products. Otherwise they become the laughingstock,” said celebrity branding expert Jeetendr Sehdev. “Raymond Weil suing Charlize Theron for wearing a Dior watch is a good example. Brands need ambassadors that are living, breathing embodiments of their values and beliefs, not just the most popular celebrity they can get their hands on. Audiences today have finely tuned authenticity detectors and will quickly tune you out.”

Bonham Carter was let go by Yardley in the late Nineties — and replaced with Linda Evangelista — after admitting during a press conference that she had been the face of the brand for three years basically for the money.

During an interview at the Cannes Film Festival in 2008, which went viral, Sharon Stone said “the Chinese” had been unkind to Tibetans during the March 14 uprising in Lhasa, Tibet, and that the subsequent devastating Sichuan earthquake may have been karmic retribution for China. Dior China decided at the time to remove and recall all advertisements for the brand’s cosmetics product lines featuring the actress, one of its ambassadors.

A face’s bluntness or stance at odds with the brands they represent may have positive effects, however.

“Women are more than faces,” said Madonna Badger, chief creative officer and founder of Badger & Winters, who added women love Mirren because she has opinions, is “whole, human and strong. It is antiquated and insulting for a company to hire women simply for how they look and not who they are.”

“Now that anyone with a camcorder and a following can speak about a brand, the role of the official spokesperson is evolving,” continued Louise Rosen, founder and chief executive officer of The Message Inc., a consultancy for luxury brands. “In this slightly shaken world, we’re looking for saviors and defenders, so a courageously outspoken spokesperson can work. They are able to represent something that feels empowering, strong and authentic. And authenticity is the hit we’re after.

“So eccentricity, messages that are off-brand can, sometimes, be helpful,” she continued, adding that what Mirren said about creams doesn’t change Rosen’s opinion of them. “I like her for being real, and I like L’Oréal for not using robots — this is not an unreasonable chain of thought.”

L’Oréal Paris has a long-standing policy of choosing ambassadors of varying ages, ethnicities and professions.

But it can happen that a brand has a very public falling out with its face. Another label in the L’Oréal group, Lancôme, in March 2016 brought Isabella Rossellini back into its fold as a spokesmodel at age 63. The brand said it would collaborate again with the actress, who was its first face beginning in 1983 and lasting for 14 years. But then the brand dropped her and Rossellini was publicly vocal that her contract was not renewed because Lancôme believed her to be too old — at age 42.

In June 2016, Rossellini freely spoke out on the subject again during a press conference, where she also patched up with the brand.

“When I turned 40, Lancôme thought that I could not represent the brand anymore because [advertising] doesn’t represent reality, it represents a dream. It represents an aspiration. They felt that women wanted to be young, and so…although I was very successful, and the market research said I was very appreciated and a lot of women liked the idea of having a woman who was 42 representing antiaging cream, I had to move on.”

She continued: “And now Lancôme wants to change their communication…[they] want to add other dreams.”

According to Rosen, the elasticity of inclusiveness can snap when one’s on the wrong side of what’s acceptable or if something sounds like a gaffe, making people seem amateur.

“The litmus test will always be values,” she said. “Are my own values compromised? If the answer’s ‘no,’ it’s usually a ‘yes’ for the brand.”

“Millennials are the most color-blind, gender-blind and inclusive generation we have ever seen. If brands want to remain relevant, they need to be more inclusive,” said Sehdev. “Exploring new territory always comes with unknown risks, but brands have no choice but to innovate if they want to survive. A spokesperson misbehaving today isn’t necessarily a negative for a brand. It all depends upon what they have said or done.

“In some cases, it could even shake things up for the brand and help it come across as being more vulnerable, human and relatable,” he continued.

“Before brand spokespeople were just faces in an ad, but that doesn’t work anymore,” said Sehdev. “Now they need to be more involved in the product development in order to effectively promote the product and influence audiences. Also, brand endorsements have become more collaborative partnerships. Celebrities are expected to bring their own digital following to a brand.”