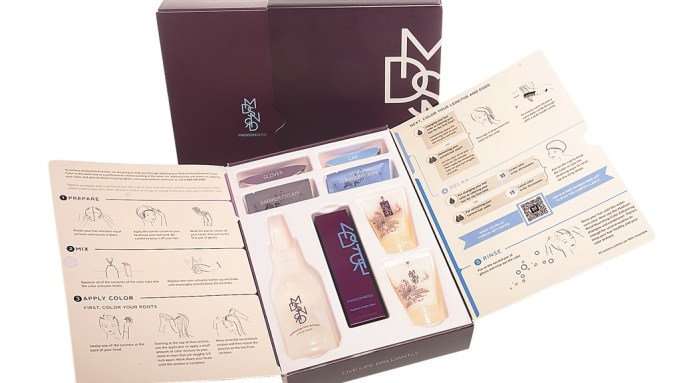 Once seen as the wave of the future, mobile apps appear to have become a puddle of sameness for many beauty brands.

Although there is still a growing demand by consumers looking for functional mobile platforms, especially in the beauty industry, the rush is not what it was a year ago. Experts complain that too many companies are simply mimicking their Web sites and not offering helpful solutions to everyday problems. While downloads of beauty apps continue on the upswing, a maturing mobile market means consumers are more prone to hit the delete button for those platforms that don’t offer an experience beyond simply buying a product.

“Many beauty brands are not really using apps to their full potential, and that is a wasted opportunity,” said Maya Mikhailov, cofounder of app building firm GPShopper. “Creating an app that is just a light version of your e-commerce site is not a smart strategy. There’s an evolution going on where companies must realize mobile shouldn’t be a catalogue strategy. It has to be an engagement strategy.”

After analyzing more than 20 million mobile sessions of beauty app usage during December 2011, December 2012 and December 2013, Parham Aarabi, chief executive officer of mobile beauty company ModiFace, reports that while beauty consumers are one of the more engaged mobile groups, usage growth is slowing.

“The effort that it takes to interact with beauty apps is still growing, but at a slower pace than before,” said Aarabi, whose findings revealed a 38 percent increase in overall beauty app usage in December 2013, as compared with a 120 percent increase the year before. “The barrier to success on mobile is becoming higher.”

“Brands need to think very carefully about the app they make. If it’s a replica of their Web site, it will be dead on arrival,” said Aarabi. “Almost all of the major beauty brands employ this approach: Make a Web site, make an app version of it and it doesn’t get any downloads. If you look at ratings, some of the best beauty brands have some of the poorest when it comes to apps.” On the other side of the coin, “mobile apps that have deep functionality are doing well,” said Aarabi, who named brands like NYX, Pür Minerals, Jane Iredale and Inglot as ones with top rankings and more than 100,000 downloads last year.

“Functionality is winning over content in mobile. People are downloading apps that do things,” said Aarabi, adding that because smaller beauty brands tend to be more experimental with their marketing, they were early mobile adopters. “This gave them a huge usage base and a big lead over other brands.”

For Mikhailov, who creates apps for companies like Estée Lauder, Best Buy and The North Face, “gimmicky” apps can damage a brand’s relationship with a consumer.

“Sure, we can do augmented reality, we can show you a lipstick on your counter, but there’s no utility,” she said. “If you build an app that represents part of your core value proposition — so you aren’t just trying to wedge technology in because you have a box to check — you will be a lot more successful.”

And that’s exactly the thinking behind Silicone Valley executive Amy Errett’s first beauty brand, a digital direct-sell hair color company called Madison Reed, which is scheduled to be launched today. With a Steve Jobs-esque approach and a decided focus on technology as a means to an upgraded user experience, Errett is looking to reinvent the underinnovated at-home hair color market.

“We wanted to create a scenario where high tech was a supplement for high touch,” said Errett, the ceo and cofounder of her San Francisco-based firm. The venture capitalist, who has invested in consumer brands like Zulily, Pinkberry, and Groupon through investment firm Maveron, has made it a point to focus on mobile as a cornerstone of her business, which industry sources estimate could generate up to $5 million in the first year at retail. “We prioritized mobile because five years from now we think people with smartphones, mobile devices like tablets and no desktops will be the majority,” said Errett, echoing a sentiment shared by most mobile experts. “The amount of technological power that is sitting on an iPhone blows the doors off the average desktop and we wanted to tap into that.”

“Our customers can take a picture of their hair and we match them to a hair color, which comes from the real-life scenario of women looking at magazines in salons pointing to pictures asking for a certain color,” said Errett, adding that a built-in algorithm prevents users from going too dark or too light from their natural hue. “This isn’t technology just for the sake of technology, but rather helping women do what they want using technology.”

The resulting product offering, a soft-touch purple box that can be auto-renewed automatically, is packed with “upgraded” at-home color products and accessories. “The packaging is a lot like Apple. To get this right, we had to be obsessed with the details,” said Errett, adding that the Madison Reed app acts as an interactive tutorial and timer during the coloring process. “Some can argue that app is just another distribution channel but for us it had to be functional,” said Errett, who expects to sell between 60,000 and 100,000 units of color in 2014, with 75 percent due to the app. “You are going to see us continue to innovate the customer experience around technology.”

And what exactly does the next tech wave mean for the future of the beauty industry?

According to Mikhailov, 2015 will be the year wearable technology begins becoming mainstream. And although wearables like Google Glass and Nike FuelBands are still in their infancy and will be continue to be improved upon, brands like Matrix are starting to adopt them into their business strategies.

“If only we could see what Vidal Sassoon did, say, creating a bob, from his perspective,” said Paul Schiraldi, Matrix’s general manager. “We want to transform the how-to video from the unique perspective of the hairstylist.”

Launching in February, Matrix Class for Glass will arm Matrix hair stylists with Google Glass to create first-perspective tutorial videos for both consumer and educational use via matrix.com and mymatrixfamily.com. The initiative will also include a blogger series and a new app to allow for platform sharing across devices. In addition, the brand’s celebrity stylist George Papanikolas will wear Goggle Glass during select client styling sessions at the Andy Lecompte salon in Los Angeles. “The consumer will have that how-to video to refer to for future salon services,” said Schiraldi.

Ultimately, marketers agree uniting the tangible and the digital is the future of the mobile beauty industry. Studies have shown that while beauty shoppers are reluctant to purchase products via mobile, they are engaging with their devices before, during and after their in-store shopping.

“Beauty customers explore trends and beauty ideas, but only up to the purchasing option,” said Aarabi. “The majority of the time they spend brainstorming or thinking about beauty [occurs while] on their mobile device, then they go to the store to purchase.”

To capitalize on this cross-channel outlook, Mikhailov said she is focusing her app-building efforts on technology that plays into both.

“We are doing some really exciting things with Bluetooth low energy (BLE) beacons that can be installed in a display and can communicate with consumers’ devices,” she said. “This is going to make stores way more interactive and personalized to the shopper.”

The app, which is in use in Apple stores and will soon be rolling out to other retailers, would basically function as a way for a store or a brand to give the in-store consumer personalized information, promotions and other content, like a digital look book via his or her smartphone. “It can also help a brand get better analytics about their customers, which is especially important in the beauty industry,” she said.

Aarabi added that in the world of mobile meets in-store beauty engagement, speed is of the essence. “We find that beauty apps tend to be used on the go and should be quick and to the point,” he said. “They need to be able to take a photo and give end results in less than 10 seconds. If [users] have to wait a minute for a result, it’s not going to work. In-store, 10 seconds becomes five seconds.”