Bulgari to Crystallize Its Omnia Collection

NEW YORK — Next month, Bulgari will look into its crystal ball and hope for a winner with the launch of Omnia Crystalline.

The woody, floral fragrance — inspired by... 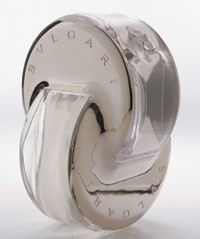 Unilever Erases the Word ‘Normal’ From Packaging to Promote Inclusion

Bulgari to Crystallize Its Omnia Collection

NEW YORK — Next month, Bulgari will look into its crystal ball and hope for a winner with the launch of Omnia Crystalline.

The woody, floral fragrance — inspired by the “pureness of crystal,” Bulgari said — will launch exclusively at 95 Nordstrom doors in July and then will be rolled out in September to selected Neiman Marcus, Bloomingdale’s, Saks Fifth Avenue, Marshall Field’s and Sephora stores, for a total of 250 doors.

“It started with a notion of transparency and luminosity,” Paolo Alberti, vice president of the perfume and licenses division for Bulgari, said of the scent. “We wanted to make a jewel-like object that had maximum purity and light. Our heritage in jewelry made the pureness of crystals and the name Crystalline come to mind immediately.”

A strong departure from the original spicy Oriental Omnia, which was launched in September 2003, Crystalline was developed by Firmenich’s Alberto Morillas. The scent features top notes of bamboo and nashi, a Japanese pear; middle notes including lotus flower, and bottom notes featuring balsa wood.

The Crystalline collection will include 1.33-oz. and 2.2-oz. spray eaux de toilette priced at $57 and $67, respectively. A 6.8-oz. body lotion for $38 and a 6.8-oz. shower gel for $36 will accompany the scents. While there’s no national advertising planned for Crystalline at this time, industry sources expect the fragrance to do up to $5 million at retail in its first year on counter.
— Bryn Kenny

“It is critical for us to examine the key emotional and cultural drivers that will influence tastes in different markets,” said Nicolas Mirzayantz, senior vice president of fine fragrances and beauty care at International Flavors & Fragrances. “There is always talk of globalization, but local and regional needs come first. You have to have local creative centers.” For example, as IFF grows in India, said Mirzayantz, selling its existing fragrances won’t be as significant as developing new scents that incorporate local Indian flowers and incenses important to the country’s cultural and religious traditions.

Though developing new products for emerging markets and determining which existing brands will sell there is a key component of expansion, “product is not the hard part,” said Jill Scalamandre, senior vice president of global beauty brands at Avon Products Inc. “The more difficult thing is the communication of the product.” Again, local culture must dictate the direction of the advertising and merchandising of the brand. For instance, Avon extensively tests verbiage, expression and presentation of their products before launching any advertising campaign — although the general message remains the same.

“In emerging markets, you have to make sure you do not make assumptions based on where you have been before,” said Peter Lichtenthal, senior vice president of global marketing for The Estée Lauder Cos. “You have to adapt the core positioning of a brand with the nuance of the language or the materials you present.”

While brand positioning changes with each locale, adapting the brand campaign does not necessarily require revamping the entire advertising philosophy, the panel contended. Product launch techniques that are considered stale in the U.S., for example, may be innovative and fresh in China.

The panelists believe China, Russia, India, Mexico and Brazil to be among the top emerging markets right now, but they aren’t ignoring the growth potential in mature markets. “As a French company, one of the biggest focuses of investment is in the U.S.,” said Christian Courtin-Clarins, president and chief executive officer of Clarins Group. “We never forget that.”
— Amy S. Choi