Beauty Beat: In Color Cosmetics, To Each Her Own

Carisa Janes and Cassandra Mills, two of beauty’s newest entrepreneurs, are each set to launch a color cosmetics line this spring. 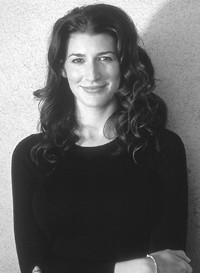 NEW YORK — They’re not makeup artists or designers, nor are they celebrities or members of a corporate marketing machine. Carisa Janes and Cassandra Mills, rather, are two of beauty’s newest entrepreneurs — and each is set to launch her own full-fledged color cosmetics collection this spring.

Janes, who will launch a line called Hourglass at Barneys New York, and Mills, who is set to introduce a collection called Haute Face at Nordstrom, plan to make their respective marks in March. And, with the launch of these two brands in the same month, the prestige color cosmetics market will experience a burst of start-up activity unmatched, perhaps, since the bevy of color launches — then acquisitions — that typified the late Nineties.

During the last 18 months, the prestige color cosmetics market has seen few major independent initiatives, with the exception of several lines from makeup artists. “Real newness has been limited,” said Shayne Hart, managing director of Studio at Fred Segal. “It can be attributed to a general conservatism — people with capital have opted to go with the tried and true as opposed to a new start-up.”

Janes, who was involved in the early creative stages of Urban Decay — a name often cited among independent color lines created during the Nineties — felt that, after launching beauty lines under the Body & Soul moniker in 1997 and the Sugar brand in 2000, it was time to begin developing Hourglass in October 2002. Plans now call for an assortment of 57 items to bow when Barneys Beverly Hills opens its newly renovated cosmetics floor.

Hourglass, which features sleek, metallic bronze packaging, includes a series of five eye-and-cheek kits called Color Links, for $50 each, which fit into a separate leather case called Passage, for $65. There are 12 foundations called Veil, which are priced between $45 and $65; eight lipsticks called Adorn, for $24 each; six lip glosses called Sheen, for $26 each, and lip and eyeliners called Trace, for $28 each — which come in dual-ended, refillable components. There is also mascara, for $22; two concealers, for $32 each, and six brushes, ranging in price from $24 to $65.

“I always loved luxe brands,” said Janes, “and I wanted to create a modern luxury line.” Janes anticipates opening additional Barneys locations in New York and Chicago during the summer, eventually securing distribution in 20 doors this year. Industry sources project Hourglass could generate retail sales of $1.2 million by yearend. Janes is targeting distribution in Europe by yearend and has plans to launch makeup bags in the future.

Meanwhile, Mills, whose background as an entertainment consultant includes helping managers of recording artists like Lil’ Kim and Jodeci land “big projects,” wanted to “create a brand from the ground up to do what makeup is supposed to do [for] everyone, [which] someone from Africa or Asia could wear.” Mills, who is African American, “couldn’t find a shade to match my complexion,” and would often find herself mixing two or three colors at a time. Mills is set to launch the 103-item Haute Face collection at 110 Nordstrom doors, was well as Liberty in the U.K. The line could generate first-year retail sales of $2 million to $4 million, according to industry sources.

There are seven kits in Haute Face that are designed for a range of multiethnic skin tones — everyone from “Caucasian to Hispanic to African American to Asian,” according to press materials. Each kit, or Color Disc, includes foundation, concealer and eye, cheek and lip hues. Haute face, which features a matte brown packaging motif, also includes 14 cream-to-powder foundations, called Face Base; 14 blushes; 28 eye shadows, and 20 lipsticks. There are also five lip glosses, seven concealers, seven face powders and a colorless face powder called Zero Powder.

While it’s too early to tell if Janes and Mills — two Los Angeles-based entrepreneurs — are at the vanguard of a new indie color revolution, beauty vendors large and small are betting on a continued yet modest first-half turnaround. In any event, “slowly but surely, we’re seeing real innovation again,” said Fred Segal’s Hart. Added Barneys’ vice president and divisional merchandise manager for cosmetics and fragrances, Bettina O’Neill: “My customers are always looking for something new and it’s good to know the little guys are out there.”