When Chinese celebrity Yue-Sai Kan launched her eponymous beauty line in 1992, she always envisioned it as a global brand for the millions of Chinese women around the world.

By Betsy Lowther and Bryn Kenny on May 26, 2005
View Slideshow 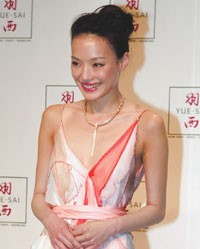 SHANGHAI — When Chinese celebrity Yue-Sai Kan launched her eponymous beauty line in 1992, she always envisioned it as a global brand for the millions of Chinese women around the world. Now, under the brand’s new parent, L’Oreal, that dream is about to be realized.

The event was the first official introduction of the Yue-Sai brand under L’Oreal since the company acquired it in early 2004 from Coty Inc., which had owned the brand since 1996. L’Oreal, whose sales in China nearly doubled last year to roughly $360 million, is hoping that a Chinese-specific product line will give them a major edge in the increasingly competitive beauty market of mainland China.

“Of course, you could sell every brand everywhere in the world,” said Arnaud de Fontgalland, international development director for Yue-Sai, “but we think that having a brand that specifically targets a Chinese vision of beauty gives us an advantage [in this market].”

In the year since purchasing Yue-Sai, L’Oreal has been slowly reworking the brand’s product lines by updating existing offerings and introducing new ones that incorporate L’Oreal research and expertise.

The purchase of Yue-Sai from Coty also gave L’Oreal a manufacturing space in Shanghai’s Pudong district, which will reopen this summer as a major research and development center for the Yue-Sai brand and other company brands. The facility will be on par with existing L’Oreal centers in New York, Paris and Tokyo.

Executives hope the Yue-Sai brand, which is sold in 800 department store doors in China, will expand first to other countries in Southeast Asia next year and in 2007, and then move into markets in Europe and the U.S.

Brand founder Kan, who will continue to contribute to the brand in an advisory role, said, “There are Asian women all over the world who need products made for them. Quite simply, foreign brands don’t cater to them. We do.”

Meanwhile, L’Oreal’s next chief executive officer, Jean-Paul Agon, made a pit stop last Thursday at the Fashion Institute of Technology for breakfast with a few recent graduates of FIT’s Master of Professional Studies program in Cosmetics & Fragrance Marketing & Management.

True to form, the affable, self-effacing executive garnered laughs from audience members, several of whom are current employees of L’Oreal, while describing his early years as an employee at the world’s largest beauty firm.

“I started as a salesman and I chose the South of France, because I had a girlfriend there and it was sunny,” laughed Agon, who is just weeks away from moving to Paris to prepare for the post of ceo.

After taking the students through his days as general manager of L’Oreal Paris, president of Biotherm Worldwide, president of L’Oreal Germany and then of Asia, Agon mused on a company that, many times, took a chance on him and believed in his abilities. “At L’Oreal, when we promote someone, we don’t do it based on the experience of this person, we bet on the talent, we try to figure out skills and the potential of someone,” he said. “We take a risk — that’s what they did with me all of my life.”