An era ended on Wednesday when Jean Hoehn Zimmerman announced her departure from Chanel Inc. after 27 years with the company. 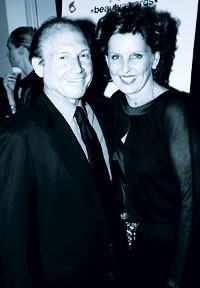 NEW YORK — An era ended on Wednesday when Jean Hoehn Zimmerman announced her departure from Chanel Inc. after 27 years with the company.

Zimmerman said she will step down in April as executive vice president of sales and marketing for fragrance and beauté in the U.S. That will be after the conclusion of the Chanel sales conference and two other major industry events — the Cosmetic Toiletry and Fragrance Association meeting in Boca Raton, Fla., and the annual FiFi awards.

“It’s time,” said Zimmerman during an interview. “I think it’s a good time to go. I have more to do with the past of the brand. Other people can take it into the future.”

Maureen Chiquet, who succeeded Kopelman as president and chief operating officer of the U.S. company, lavished praise upon Zimmerman, 58, while stressing that the decision to leave was hers alone. The new Chanel chief operating officer described Zimmerman as “a prominent, innovative leader in the cosmetics industry,” who was “a driving force” in product development, promotional and long-range planning, public relations, creative strategy, corporate advertising and sales for Chanel’s U.S. fragrance and beauty sales.

Chiquet cited Zimmerman’s industry leadership record as a former president of Cosmetic Executive Women, a Fragrance Foundation board member and as an advisory board member of the Fashion Institute of Technology graduate program.

Chiquet said she will conduct a search for a successor. In the meantime, Chiquet will take on Zimmerman’s responsibilities. She reportedly took over corporate advertising and creative services from Zimmerman in November to bring the U.S. operation more in-line with Chanel’s French organization.

Zimmerman joined Chanel’s American subsidiary in 1978 as director of beauté marketing with the assignment of launching the company’s color brand in the U.S. She not only succeeded in putting Chanel on the map as a fashion color leader, but was later instrumental in the start-ups of Allure and Chance, two women’s fragrances that launched in 1996 and 2003, respectively, making their debut here before rolling out elsewhere. She also played a key role in the launch of the Precision skin care line.

This story first appeared in the February 10, 2005 issue of WWD. Subscribe Today.

During Zimmerman’s tenure, Chanel’s U.S. beauty and fragrance business grew to almost $500 million at retail, as of last year, according to NPD Beauty and other sources.

“Jean was a great partner with Bloomingdale’s — personally and professionally — in helping to build the brand,” said Michael Gould, chairman and chief executive officer. “She made an indelible contribution to Chanel cosmetics.”

“Jean is really a wonderful person,” said Kopelman, who stressed that she managed the beauty and fragrance business with much more devotion than is usually expected. “She was there for everybody and an outstanding leader. Jean played a strong role internationally as the magic link between New York and Paris, a larger-than-life presence. I considered her my right arm.”

Kopelman, who worked with Zimmerman for almost 25 years, said if there was a job “as a corporate mom in the best sense, I think it had to be Jean. She was a real doer and she was there for everybody.”

After graduating from the University of Florida in 1968, Zimmerman began her career in sales promotion at Charles of the Ritz, where she worked for four years before joining Bristol-Myers in new product marketing. She joined Estée Lauder as director of fragrance marketing before arriving at Chanel in 1978.

In 1983, she was named senior vice president of marketing, fragrance and beauté. In 1986, she assumed responsibility for corporate advertising, and in June 1990, added sales to her list of titles. Zimmerman subsequently became executive vice president, marketing and sales. She is a member of the operating committee as well as the international strategic advertising committee and the global coordinating committee.

Zimmerman seems ready to take a breather. “I just want to have a great time this summer,” she said, adding that she has never taken off more than two weeks at a time. “It’s ridiculous. If I had it to do over again, I would plan that part of my life a little better.” Her immediate goal is to improve her golf game, which Zimmerman took up with her husband, Arne, three summers ago. She now shoots a 110.

However, Zimmerman clearly will miss life at Chanel. “It was so much fun. There wasn’t a day when I didn’t want to come to work. It was not just the brand that was great, it was such a great people place.” Zimmerman said she felt privileged to work with the high caliber of her direct reports and to be part of a team that was so in sync that “we could finish each other’s sentences.”

Zimmerman also said she is proud of the accomplishments of the U.S. team that acquired such a fine grasp of the market that Chanel was able to succeed unusually well here, considering it is a French company competing in the U.S. She pointed out that last year “was the best year we ever had.”