The beauty world is a busy place. Here are the latest in executive moves, from Parlux, Beautyblender and Hourglass. 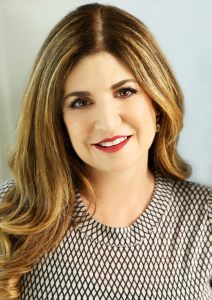 Lori Singer has been appointed president of Parlux, where she will be in charge of developing and innovating across brands and acquiring new licenses.

Singer was most recently group vice president of new business ventures at Coty Inc. She had been with Coty for more than a decade, and had built up fragrance businesses for Calvin Klein, Vera Wang, Balenciaga and Nautica. Singer also oversaw the tripling of the Marc Jacob’s Daisy empire.

“There is tremendous opportunity to maximize Parlux’s existing franchises and expand the vision of the company to include unique fragrance collaborations that take the company to the next level,” Singer said in a statement.

Parlux is a division of Perfumania Holdings, which holds the licenses for brands including Tommy Bahama, Vince Camuto, Pierre Cardin, Kenneth Cole, Paris Hilton, Sofia Vergara, Jason Wu and others.

Carsten Fischer has been appointed president of Beautyblender. 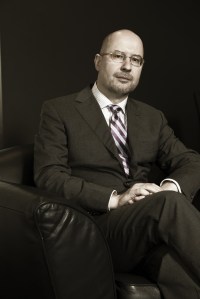 was most recently chief operating officer of global business and corporate senior executive officer at Shiseido. There, he helped the company grow internationally, and drove expansion in the Nars and Bare Minerals brands. He left in 2015, and since that has been serving on executive boards, including Kate Spade, Albéa Group and Seiko Holdings.

“Carsten brings with him incredible global brand strategy and industry expertise, which will be invaluable for the future of Beautyblender,” said Rea Ann Silva, founder and chief executive officer of Beautyblender.

Fischer succeeds Catherine Bailey, who will remain on board as a senior adviser.

Before joining Hourglass, Watson worked mainly in fashion, including at Michael Kors, Kurt Geiger and Louis Vuitton. Most recently, she was with Pandora Jewelry.

Watson joins the company after prior chief marketing officer, Katie Welch, took a position as general manager of beauty for the Honest Co. earlier this year. Hourglass was acquired by Unilever in June 2017.