For the prestige beauty industry to end the year on par with last year, it would need to do $9 billion more in sales before yearend, according to NPD.

Holiday shopping is going to look different this year.

To end up on par with last year, the U.S. prestige beauty landscape would need to do $9 billion more in sales before yearend, according to Larissa Jensen, beauty industry analyst at The NPD Group.

Chances of that happening are slim to none, Jensen said — but that doesn’t mean the industry isn’t going to try.

“In terms of performance year-to-date, we’re down about 21 percent, so we’re counting on holiday to be better,” Jensen said. “Looking at November numbers so far, we’ve got two weeks in November, it’s not looking so good.…October performed better than November, to be honest.”

That could be because people are waiting to do their beauty shopping until the Black Friday/Cyber Monday promotional period, Jensen said, but those orders may face shipping delays as brands and retailers struggle with e-commerce logistics. For beauty, expected increases in online shopping may have broader sales complications — the category has long depended on IRL shopping and related impulse purchases of cute, giftable items near the cash wrap.

“If you want to get down to the nitty gritty of the numbers, a third of total beauty sales are done in the last quarter of the year,” Jensen said. Last year, that was about $6 billion.

This year, many beauty brands have set themselves up for longer promotional periods, offering deals directly on their own web sites instead of relying on retail partners to orchestrate markdowns. It’s a shift from years past, when beauty — especially on the higher end — opted for the gift-with-purchase route over the 20 percent off-route. But in 2020, discounts are rampant, even from many of the lucky brands that are projecting year-over-year sales increases.

“There’s a lot more activity on brand web sites in terms of discounting this year. There was a lot last year, too, but there’s also more discounting coming from retailers. In light of the pandemic…there’s been this shift in focus from the brand perspective to their d-to-c, because that’s something that kind of maintained itself, or at least was steady,” Jensen said.

While discounting is frowned upon in the industry, it does get people shopping.

Jensen said NPD’s data across beauty is showing “a series of Chevrons” — when there are sales, spending goes up. When there aren’t, it goes back down again, she noted. Data from Cardify, which tracks data via debit and credit cards, shows discounting causing sales spikes, too — Sephora’s numbers during its VIB sale in November were nearly three times the amount of sales for the first week in January, the company said.

For many brands, struggling or not, the approach to the holiday season looks different in 2020. 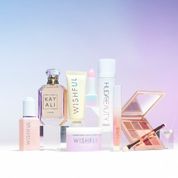 Huda Beauty is offering 50 percent off on its web site for the 2020 holiday shopping period.  courtesy of Huda Beauty

At Huda Beauty, which sees “the vast majority” of its sales in the fourth quarter, messaging around holiday started earlier this year, according to Emma Lawson, vice president of e-commerce for the brand. Huda Beauty has been signing people up for texting and e-mail lists to notify them of sales — up to 50 percent off, online, from Nov. 24 to 28 — and is talking transparently to shoppers about the possibility of shipping delays.

“On the fulfillment side, warehouse teams are much slimmer because they have to be for safety precautions,” said Mike McNeil, vice president of integrated marketing at Huda Beauty. “When it comes to the promotional side of things, we’ve actually been doing a little bit more promotional throughout the year because of everything that’s been going on with COVID[-19]…making products more accessible, making shipping costs cheaper to remove some friction [for] customers.”

During the course of the year, Huda Beauty held back some of its launches, McNeil said. But new release FauxFilter Skin Finish Buildable Coverage Foundation Stick, $39, has been a hit, he noted. “Consumers are figuring out what they want and need from color…people still want some complexion. But the reality is they want a more natural, let’s say, Zoom-ready finished [look],” McNeil said.

At Hero Cosmetics, which is best known for its Mighty Patch Micropoint stickers, the approach to holiday promotions is a long one. The brand started promotions five days earlier than normal, on Nov. 16, running through Nov. 30. It also put together a holiday kit, priced at $36.99, and offering buy-one-get-one deals. “We need to show really good value this year, especially as the economy is still shaky, a lot of people have lost their jobs,” said Hero founder and chief executive officer Ju Rhyu. “The strategy was we want to be different this year, we want to stand out for more optimal value. So let’s go earlier, so that it’s not as crowded,” Rhyu said. 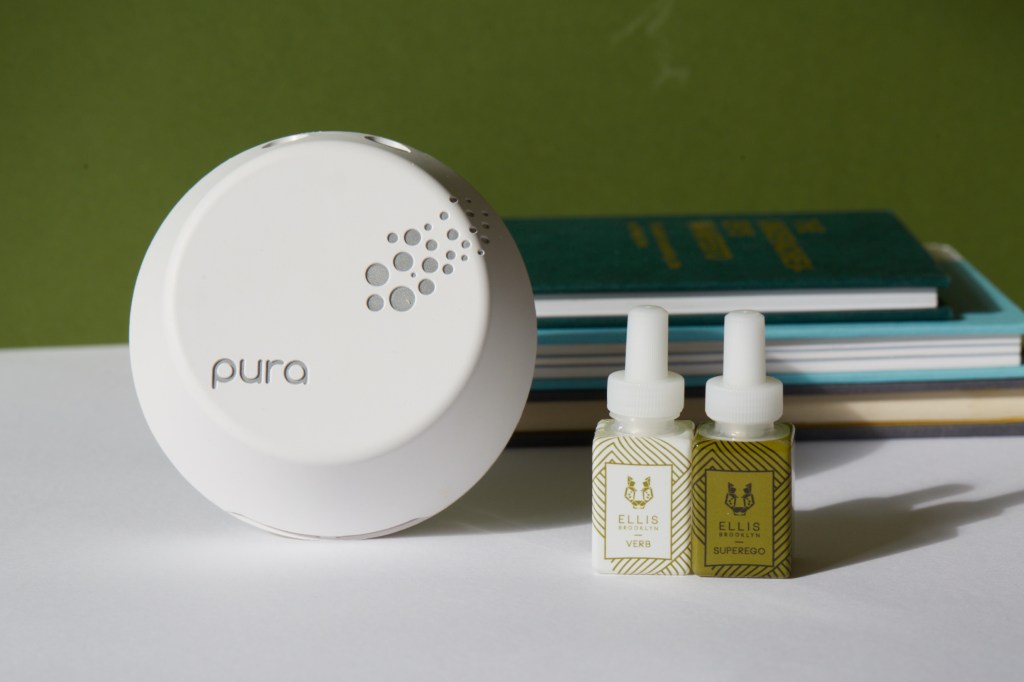 Ellis Brooklyn, a clean fragrance business, is offering 20 percent off online from Nov. 27 to 30, one day longer than what the brand did last year, said founder and ceo Bee Shapiro, who noted fewer people would be traveling for Thanksgiving this year.

“For holiday, we’re just doubling down on having a lot of communication with our community and our customer,” she noted. This season, that will include giveaways on social channels and spending less on paid marketing, Shapiro said. “I’ve really broadened my thought to what content can be — whether it’s a little uplifting moment or whether it’s just sharing news about updates about what we’re doing…it’s actually been really great. That’s something we’re pushing more this holiday than ever before,” she said.

Mielle Organics, a masstige hair and skin-care brand, is also marketing differently this holiday — it inked a partnership with Netflix’s “Jingle Jangle: A Christmas Journey.” The brand has been creating content around the movie, which features a majority Black cast with a variety of natural hair textures, with a campaign called “Rooted in the Holidays.” 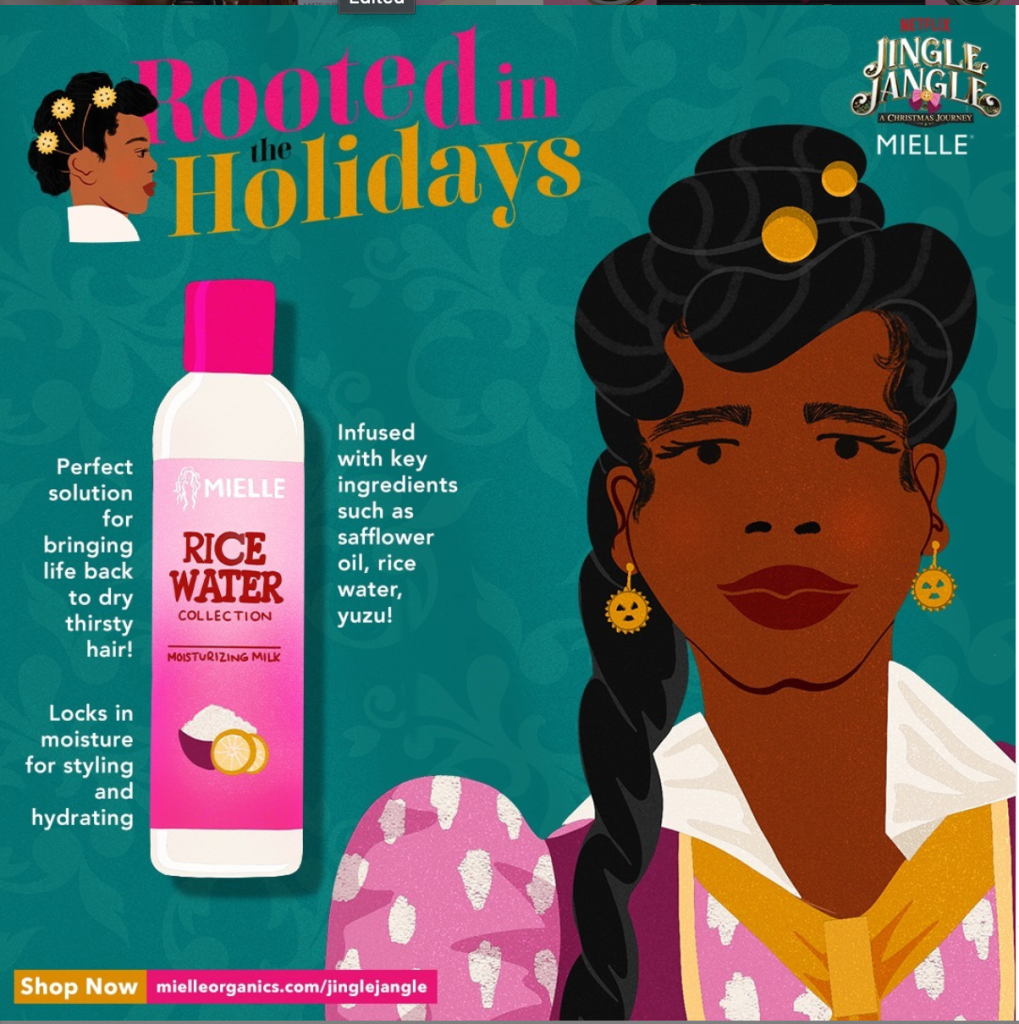 “You don’t see a lot of African American legacy Christmas movies,” said Mielle founder and ceo Monique Rodriguez. “This movie really shows that representation, where you can take your daughters and they are inspired by the hair, and now they’re asking for natural hairstyles.” Mielle’s products were also featured in a gift box that went out to influencers in connection with the production, Rodriguez noted.

Beyond the “Rooted in the Holidays” campaign, Mielle is offering an online sale with certain products marked down by about 50 percent. It started earlier than usual this year, and the Nov. 22 shopping period for VIP customers exceeded expectations, Rodriguez said. She spoke on Monday after the broader sale had started. “People are at home and they’re on their phone and they’re consuming content and they’re shopping,” she said.

“A lot of times when we run our sale it attracts new customers,” Rodriguez said, and many of them come back to the brand to replenish, even when items are no longer discounted.

For some brands, that customer acquisition element is an integral part to this year’s holiday promotion strategy, and owning that data is considered more important than ever.

“If you want to do new product research or see why something is selling more versus the other, it’s important to have that customer data, and that you will only get if they come to your site directly,” said Mousumi Behari, digital strategy practice lead at Avionos. That type of customer data allows for segmentation, and could potentially lead to “better sales and better engagement with customers online for 2021, if they play it right,” Behari said.

Some businesses, including Ulta Beauty and Tatcha, have even developed online gift consultation advisers meant to guide shoppers through their online buying journeys. The Estée Lauder Cos. Inc. has upped digital initiatives across brands, including shoppable livestreams.

Two-year-old body-care and wellness brand Necessaire is a rare brand this season that isn’t offering a percentage-off discount. Necessaire does about 70 percent of its total business on its web site, and cofounder and ceo Randi Christiansen said the business is on track to grow between 300 and 400 percent for 2020. 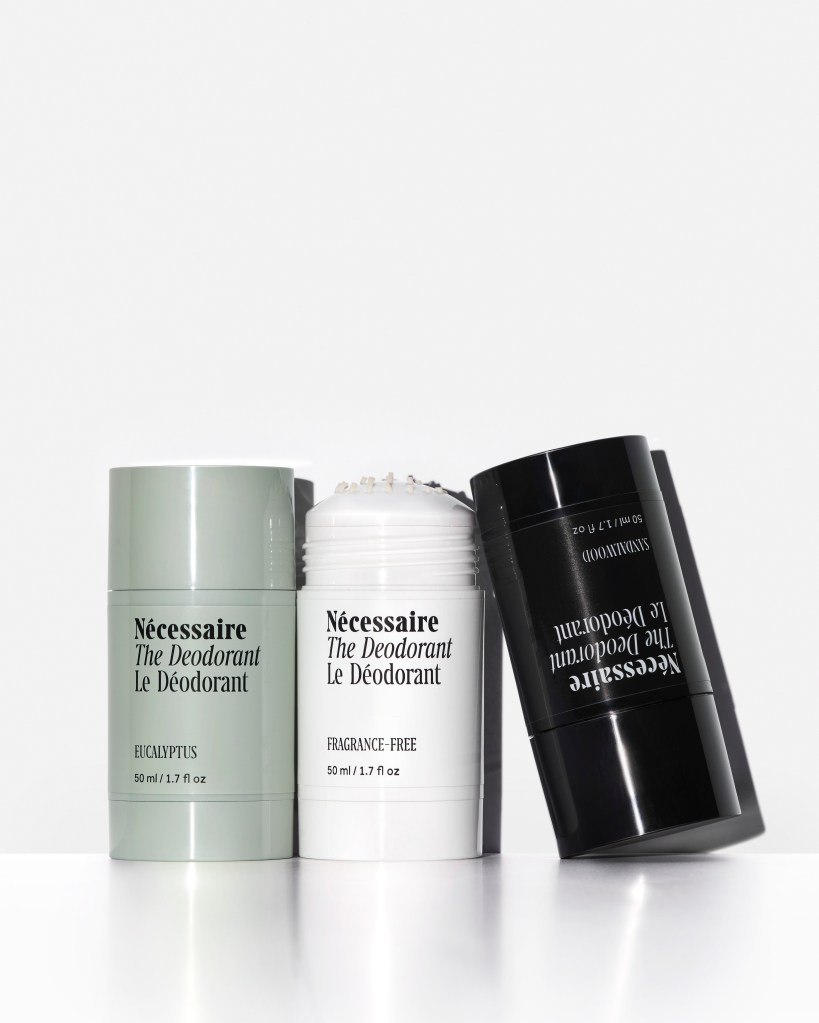 Necessaire isn’t offering a percentage-off discount for holiday, and has instead opted for a more traditional gift-with-purchase option.  courtesy

With that, Christiansen is looking at the holiday period as a moment for more customer acquisition, and at the gift-with-purchase offer they’re running from Nov. 26 to 30 as a means of elevated sampling and bringing people “deeper into the brand.” The business is also experimenting with “ritualistic bundles,” she noted.