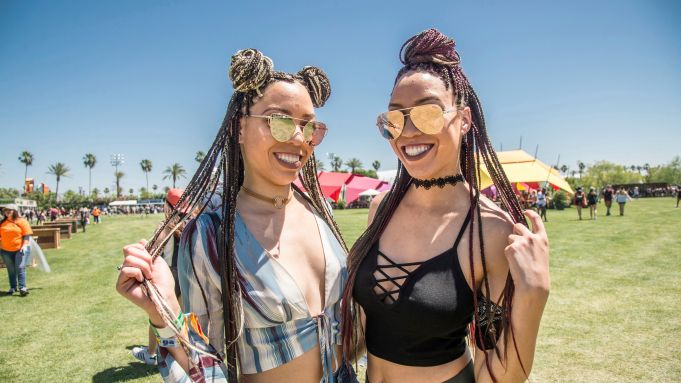 As documented in the new YouTube film, “Coachella: 20 Years in the Desert,” as the festival matured beyond alternative rock to include hip-hop, pop, electronica and world music, the crowd became more diverse. So, too, did the beauty looks, which have ranged from indie music darling to boho goddess, Nineties raver redux to neo-soul sister and many more. (Is it any wonder the two weekends are also a blitz of beauty brand activations from the likes of Sephora, Pixi, Tresemmé and YSL? We will see who returns for the festival’s rescheduled dates Oct. 9 to 11 and 16 to 18.)

Over the last few years, with the rise of the gender-inclusivity and body-positivity movements (and social media show-and-tell), Coachella has become a playground for ever more bold hair, makeup and near nudity, where butt cheeks are just as likely to be bedazzled as cheekbones, and everyone is dressed to self-express.