By Pete Born and Andrea Nagel on September 18, 2009
View Slideshow 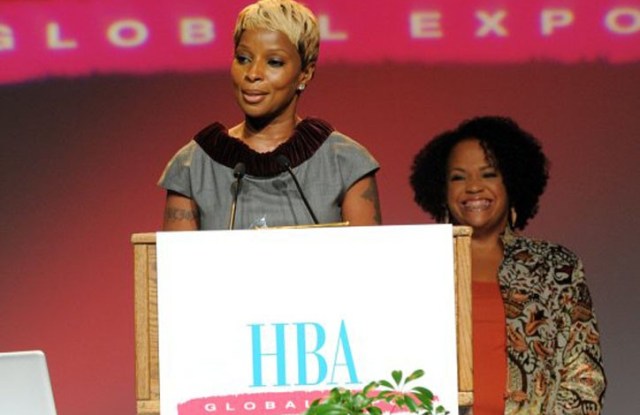 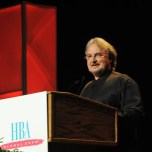 This story first appeared in the September 18, 2009 issue of WWD. Subscribe Today.

As usual, Rechelbacher entertained and stunned the packed house with his knowledge and outlook on the state of the beauty industry. In his speech, he discussed how people should change their personal lifestyle to one that is more natural, organic and sustainable, since the materials we depend on to make everything from lipstick to panty hose are to be depleted in mere decades.

“We are a petrochemical society. It is outdated. We will run out of it in 20 years and we don’t have an alternative plan.”

The organic industry, he estimated, has grown from $1 billion to $35 billion during the past 10 years and is slated to grow to $63 billion by 2012.

He also reflected on the state of the farming industry — he operates a solar powered organic farm in Wisconsin — and how many third-generation farmers are now seeing their soil “die” as a result of years of using pesticides. Further, Rechelbacher spoke on the attributes of organic items versus conventional items, stating that organic foods contain 30 percent more antioxidants than nonorganic food. He pointed to his own USDA-approved organic beauty line, Intelligent Nutrients, and its new lip products as a real alternative to existing lip items since they do not contain the myriad of chemicals usually found in conventional lip formulas.

“I predict we will do very well with it because it is lonely out there” in the organic beauty market, he said.

While touting the benefits of an organic lifestyle and making organic products, Rechelbacher admitted that formulating Intelligent Nutrients has not been easy.

“Being organic certified is an absolute nightmare, but it can be done and needs to be done,” he said.

An Intelligent Nutrients store-in-store is scheduled to open at ABC Carpet & Home in Manhattan on Sept. 22.

Following Rechelbacher was the presentation of HBA Global’s first Positively Beautiful Award, which was given to Blige by Price. In her acceptance speech, Blige commended Price for inspiring her to see and acknowledge her inner beauty.

“I just want to thank Lisa for her inspiration to women like me who never thought they had a shot. No matter how hard I worked out or the clothes I bought, it never came across as confidence,” said Blige.

In addition to the keynote presentation, many speeches were given throughout HBA’s run, including one by Karen Grant, vice president and global industry analyst at The NPD Group. During her speech Grant talked about the prestige beauty category and how, even though it may be hurting, it’s doing better than bridge and designer apparel, handbags and fashion footwear. That isn’t good for the runway folk, since prestige beauty was down 7 percent for the first half.

In an interview after her speech, Grant discussed other beauty category trends and cautioned that a closer examination of the consumer mind-set reveals a decidedly mixed bag. In one of NPD’s online attitudinal surveys, 55 percent of respondents said they continue to buy beauty products because it makes them feel better. That is a 4 point improvement over a similar survey in November.

However, 42 percent of women said beauty is the very first thing they would cut if money got tight. That represents a slight improvement since November, when 45 percent of women made the same statement. The mass market, which was flat for the first half, fared much better than the 7 percent drop of prestige. Grant theorized the disparity might partially be explained by department store shoppers buying drugstore items instead of their usual premium brands, after scrutinizing the alternative use of their increasingly scarce dollars. “Women are re-evaluating the whole basket,” she said.

In general, the usage column is down by roughly 2 percent in each category, she said. While the vast majority of women still buy beauty products, 2 percent remains a significant number. Grant calculated the falloff equals 2.3 million women and a loss of $330 million in sales. And that erosion has occurred in a single year since the last survey was taken.

Grant warned against complacency. “Let’s not take our eye off this little drain,” she said.