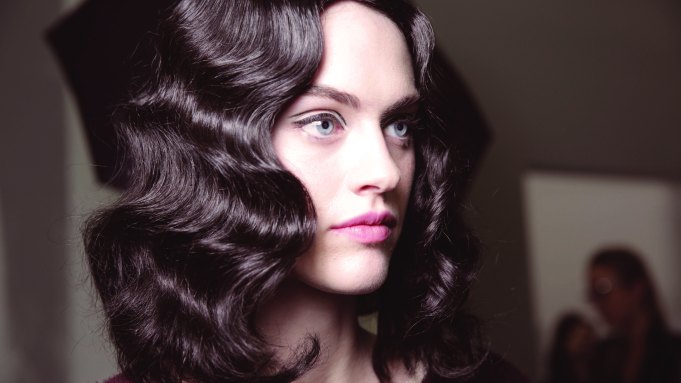 Makeup
In a season dominated by natural, individualized eye looks stood out.

Natural may have been the new normal for most beauty looks this couture season, but eye makeup and hair ornaments popped on some Paris runways. Models’ eyes were lined in fabulous, dramatic ways at Chanel and Giorgio Armani Privé, where makeup artist Linda Cantello used a yet-to-be launched, shiny eyeliner close to models’ lash lines and along their eyelids’ top arcs—as was more the fashion in the Thirties or Forties than today. She called it “Hollywood glamour relooked.” And at Maison Margiela, some models’ eyes were wildly adorned by maestro Pat McGrath.

Hair
Ornamentation continued as a major theme, adding a touch of luxe to pared-down styles.

On the hair front, numerous houses chose to embellish pared-down coifs with striking hairpieces. At Chanel, each model wore a donut-shaped hairpiece. At Valentino, it was like a metallic snake slithered around each model’s head; at Zuhair Murad, think shiny leaves. Tiny crystals peppered tresses at Alexis Mabille, and there were caps and headbands at Elie Saab, where Orlando Pita placed bejeweled ornaments close to models’ foreheads. “It’s kind of rock ’n’ roll princesses,” he said of the look. “It is a little more tough.”