John Demsey, group president of the Estée Lauder Cos., and others talk about beauty industry in the difficult climate.

By Julie Naughton and Gillian Koenig on May 4, 2009
View Slideshow 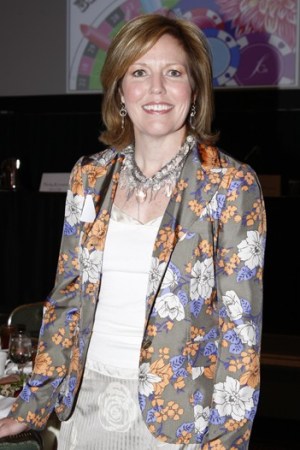 “When I go to work in the morning, I take two Tylenol because I know I’ll have a headache,” a wry John Demsey, group president of the Estée Lauder Cos., told an audience of 300 at the Fashion Group International’s Beauty Game Changers lunch on April 30 at the New York Hilton.

Why the headache? The difficulties of managing through an extremely challenging economy — the topic explored by Demsey, along with Gina Drosos, president of global personal care for Procter & Gamble; Nicky Kinnaird, founder and president of British-based beauty emporium Space NK, and Pauline Brown, managing director of private equity firm the Carlyle Group, at the lunch.

Innovation and service were at the top of most panelists’ lists.

“We are in the storytelling business and need to give consumers a reason to buy — we need to entertain her or give her a sense of fun,” said Demsey, who oversees the Estée Lauder, MAC Cosmetics, Tom Ford, Prescriptives, Bobbi Brown, La Mer and Jo Malone brands at Lauder. Pointing to MAC Cosmetics’ recent Hello Kitty collection, Demsey added, “When the going gets tough, go cute or go sexy. It’s all about brand in times like this, and it’s important to focus on your core DNA.”

For Kinnaird, the mastermind behind the eclectic assortment of beauty brands at Space NK, innovation has meant “pounding the pavements all over the world and learning what resonates in different cities and different territories.” Now, more than ever, it is critical to find ways to excite and entice the customer, “offering little treats that engage her,” she said. To find those treats, Kinnaird said she is constantly on “a quest for the holy grail of beauty,” discovering new people, new products and new places. “Part of discovery is done on foot, at the grassroots level,” explained Kinnaird. “We’ve gained a reputation for having an eye — it’s really all about the edit.”

For Drosos, “acting boldly and not holding” has been critical for P&G, where she oversees multiple brands, including Cover Girl and Oil of Olay. “It’s important to play to your strengths and find new, provocative ways to bring your key strengths to life,” said Drosos. One such bold move was the recent launch of Olay’s Pro-X, whose $40 to $60 price range marks a new high in the mass market. But Drosos said price, surprisingly, is not the most important factor. “In this environment, people are interested in credentials behind a product,” explained Drosos. “Because it was done by 10 of the top dermatologists here and in the world, it has been a wonderful way to explain products to the consumers.”

Another game-changing factor in one of the bleakest beauty markets in decades? Electronic social media. Demsey described the space as a medium he “believes strongly in and one that we need to stay on top of.” While Demsey admitted that he hasn’t quite yet mastered the art of Twittering, he credited MAC with effectively maximizing its presence and defining itself in the social media space. “MAC was the first cosmetics company backstage at all the different fashion shows, Twittering about makeup trends. It’s a whole concept of content and authority and a brand’s identity being established by an individual.”

While the edgy MAC is deep into both YouTube and Facebook, Demsey said that even for more traditional brands like Estée Lauder, the Internet has been critical for successful launches, such as the brand’s Sensuous women’s scent.

Perhaps the most reassuring words came from Brown, who noted that even with the economic downturn, beauty remains an attractive category for financial firms. “The high margins — along with the fact that the category historically isn’t hit as hard as some other categories by recessions — will make beauty continue to be a strong interest [for us].”