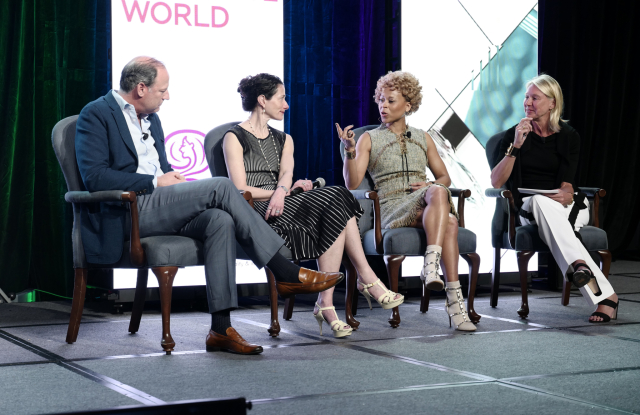 The increasing consumer scrutiny on ingredient safety and the ever-shifting regulatory landscape at the national and local levels were top of mind at the Personal Care Products Council Annual Meeting, held Feb. 24-27 at The Breakers in Palm Beach, Fla.

The conference kicked off just as the Food and Drug Administration released a proposal for updated sunscreen regulations, including reassessing the safety of oxybenzone, a widely used chemical sunscreen, as well as 13 other chemicals. The proposal also calls for a cap on high SPF claims, additional testing for spray sunscreens to assess their inhalation potential and new labeling requirements.

The FDA announcement comes at a time when local and state legislatures are increasingly introducing bills that would more closely regulate the cosmetics industry, ranging from banning the sale of cosmetics tested on animals to prohibiting the sale of products with various ingredients.

“Public demands for trust, transparency, authenticity and philanthropy have never been greater,” said George Calvert, chair of PCPC and vice president of supply chain at Amway. “Consumers want to know what we put into our products and what we do to minimize their environmental impact.”

During the conference, the increased call for oversight was a key focus for those in attendance.

“It used to be that we would address a couple of big issues, whereas now it is 300 to 400 on a local level,” said Lynn Emmolo, chief global officer at Rodan + Fields. “We have to organize around the changing landscape.”

Executives agreed that in order to tackle increasing changes, including fragmentation of regulation on the local level, the industry needs to be organized and present a unified position.

“There’s a real commitment and unified approach,” said Chris Good, group president of North America for the Estée Lauder Cos., who was attending his second annual meeting. “For me…this seems to be a particularly effective trade organization. There are a lot of things going on in our meetings at the moment.”

In all, there were 310 attendees, three percent higher than in 2018, including people from 17 different international associations representing 59 countries. “There is a lot of buzz around global collaboration,” said Lezlee Westine, president and chief executive officer of PCPC. “I believe the industry is more united than in any of the 10 years I’ve been here.”

Despite the overall contentiousness of the current political landscape, Westine was optimistic that PCPC will make significant progress in working to pass cosmetics reform this year. “We have built strong bipartisan support of champions on Capitol Hill,” she said. “Moving anything through the Hill when Congress is divided is challenging, but we have strong champions on both the Republican and Democratic side…The industry is united over the principles, and I think we have an excellent chance to move it forward.”

In the meantime, though, many companies are taking matters into their own hands. Procter & Gamble, for example, has partnerships with Royal Botanic Gardens, Kew and EWG, for example, for a consumer-facing campaign that validates the safety of products. “We have supported cosmetics reform for many years and look forward to helping make this a reality,” said Kelly Vanasse, vice president of communications. “We also have a responsibility to share our safety information and context with consumers so they can make better, more informed choices. We have decades of safety and quality testing data, especially at companies like P&G, to back this up.

“While we always hope for faster movement in this area, we must also focus on our sphere of control,” she continued. “Brand partnerships we have with Royal Botanic Gardens, Kew and EWG help provide additional science-based assurance and transparency that consumers are looking for…and educate at the same time.”

This year’s meeting was also one of the most diverse in terms of presentations and breakout sessions, which included everything from an update on talks regarding Chinese regulatory issues to cannabis and cosmetics. “The new regulatory issues are so complex and we have a very engaged board of directors,” said Maria Chiclana, senior vice president and general counsel and regulatory business leader of Shiseido Americas, who noted that issues like natural and organic products, cruelty-free cosmetics and sustainability are top of mind for all brands. “It’s great to work together as an industry and be proactive in mitigating some of these issues.”

“It is PCPC’s job to be the voice of brands and defend some of these issues that don’t ring true,” agreed Terry Darland, president, North America, LVMH Perfumes and Cosmetics. “It’s important to have PCPC looking at the big picture and protecting brands. Brands need that voice, because the impact is significant.”

But some beauty executives at PCPC expressed varying degrees of satisfaction with the current levels of collaboration on an industry level. “It’s time to think differently,” said one.

“I do find the industry doesn’t work together very effectively,” said another. “People need to put a broad industry hat on or consumer hat on — sometimes it’s a not-my-problem attitude.”

Many expect that to change, as consumers become ever more knowledgeable — and vocal — about cosmetics ingredients. Danyelle Boilard-Paul, executive vice president and general manager at Clarins U.S., said that the brand is seeing consumer interest on what is actually inside jars, versus what is not. “People talk about what you don’t have in the jar,” she noted, referring to ingredients like pthalates. “At the end of the day, customers are looking for what is in the jar.”

A panel on sustainability, featuring Esi Eggleston Bracey of Unilever, David Greenberg of L’Oréal Professional and Alex Keith of P&G Beauty and moderated by Pamela Alabaster, was one of the most robust conversations of the conference.

“You have to be honest about what you can and can’t deliver,” said Keith, who noted that P&G’s platform Ambition 2030 encompasses environmental sustainability, ingredient transparency and sourcing, packaging innovation, water conservation and diversity. More immediately, the company’s beauty manufacturing will be zero waste to landfill within the next few months.

“The level of consumer transparency is only going up,” Keith said. “There are a lot of ways to make promises that sound good, but may or may not live up to scrutiny. Before you make a bold statement, you need to make sure you can deliver.”

For its part, L’Oréal’s platform, called “Sharing Beauty With All,” is its “declaration to making a difference in the world,” said Greenberg. “The most important thing is to make a declaration. We have to acknowledge our role in the world and our footprint, make transformational change because small incremental change won’t work, and empower our teams and set goals.”

Greenberg also noted that consumers are not necessarily willing to compromise product performance for sustainability. “We all strive to push consumers a little — they don’t want to give up anything in terms of product quality and experience,” he said, noting meaningful change comes when results can be measured.

Bracey agreed, noting that former Unilever ceo Paul Polman integrated sustainability into Unilever’s culture over a decade ago. “Sustainability is tracked as a business deliverable, not as part of CSR [corporate social responsibility], she said. “The business case is so clear — consumers want to make a difference, retailers demand it and employees want to work at a company with a purpose.”

Unilever assesses the results of its actions on individuals, communities and the planet, and teams are trained to ask themselves where they can make the most impact and be pioneers. “We look at our framework and ask how far we can go,” Bracey said, noting that by 2025, all of Unilever’s packaging will be recyclable, reusable or compostable. “It’s about setting a big ambition.”