Houseware designer Alexa Lixfeld has turned her attention to perfume and has just launched a line of three 30-ml. scents. 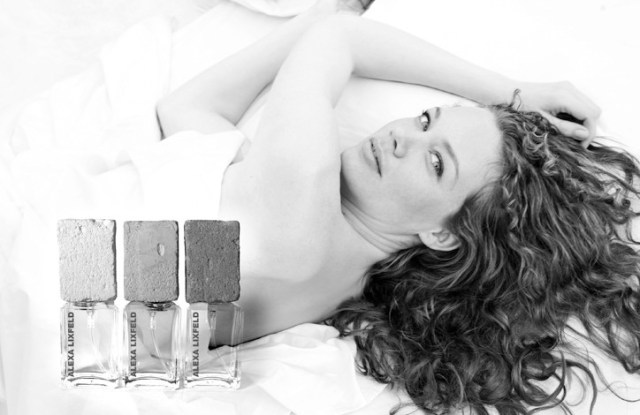 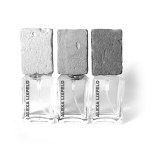 Hamburg-based Alexa Lixfeld has some solid ideas about design. She’s garnered attention and awards for her Creacrete — refined but sturdy concrete tableware. Now, she’s turned her attention to perfume, and has just launched a line of three 30-ml. scents bottled in rectangular class, and capped with her signature material in shades of gray.

The heavy, masculine, concrete bottle stoppers are in opposition to the ephemeral feminine fragrance contained inside, according to Lixfeld.

The limited edition, handmade series includes Alexa Lixfeld 001, which has notes of lily of the valley, white tea and musk; 002, featuring sandalwood, fir and tonka bean, and 003, which blends bergamot, vanilla and cinnamon. Lixfeld, who modeled for 10 years before studying design in Germany and The Netherlands, decided to herself appear in the line’s ad campaign. “It shows a combination of my modeling life, my concrete work, and the fragrance, as the scents are very personal,” she said.

The eaux de parfum are carried at Lucky Scent in the U.S., retailing for $115, and at Breathe in Berlin, for 119 euros, or $167.87 at current exchange. Wider distribution of the scents is planned for the near future.