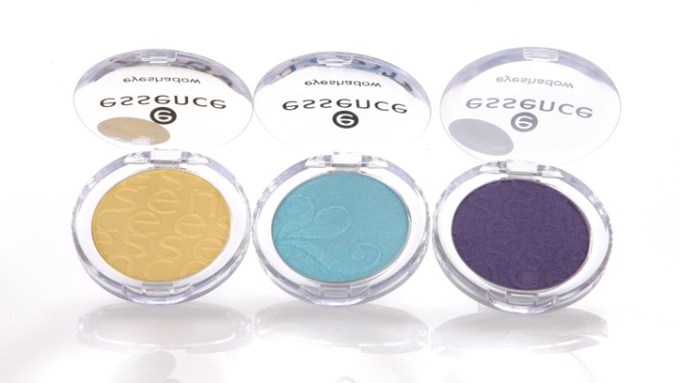 Ulta to Launch Essence Cosmetics in the U.S.

The Essence assortment comprises a variety of fashion-forward products, touted as luxurious and long-wearing. Products range from 99 cents for a nail polish to $4.99 for a mousse foundation and include playful items like a nail stamper, glitter eyeliners and vibrant, velvety eye shadows.

“This was something missing in the market,” contended Petra Schonegger, a spokeswoman for Cosnova Inc., the brand’s parent company.

In its European distribution network, Essence introduces 18 themed, limited edition lines per year and the brand will start with four to six in the American market.

“The limited editions allow us to introduce new products, packaging and effects,” said Schonegger, who cited the “Twilight” films and hippie culture as inspirations for two 2009 limited edition collections. “Limited editions get everyone excited to see which will be next.”

Essence, which is available in 32 countries, is a number-one seller in seven, surpassing some mainstream brands in Germany.

“One in every five beauty products sold in Germany is an Essence product,” said Howard Schwartz, general manager of Cosnova Inc. “We look forward to bringing the brand to the U.S. and feel that Ulta is the perfect retail partner.”

Schonegger said because of the low pricing, consumers can feel good about experimenting with product.

“The average product is $2,” said Schonegger. “Products are fancy, fun and high quality. They are perfect for anyone looking to try something new.”

NEXT: A Scent Inspired by Memory >>

A Scent Inspired by Memory

Perfumer Geza Schoen, creator of Escentric Molecules, Clive Christian X for Men, Wode Boudicca and other fragrances, wasn’t about to jump on the endorsement bandwagon. That is until the Berlin-based nose read about Christiane Stenger, who became a grandmaster of memory and junior world memory champion at the age of 12 — then won the competition four more times.

Stenger, now 22 and a student of political science in Munich, became the inspiration for a new fragrance by Schoen called The Beautiful Mind, which was introduced this month with Volume One — Intelligence & Fantasy. Schoen and Stenger met and collaborated to develop the scent in July 2007.

The effervescent eau de toilette features notes of bergamot, tiare absolute, cedar and cashmeran. It is carried in New York at Aedes de Venustas and at Los Angeles-based and online shop Lucky Scent for $215. In Berlin, it will be stocked by Breathe for 150 euros, or $210.60 at current exchange, and additional doors in the spring.

Design firm MeCompany, based in London, provided the scent with its unusual packaging. The flat, 100-ml. bottle is labeled with a lenticular image of Stenger’s face and the flacon, which has no cap, snaps into a scarlet plexiglass box for storage.

“The Beautiful Mind is meant to remind us that a smart woman is a sexy woman,” said Schoen, explaining that his line is in answer to scents released by celebrities like Paris Hilton and “inspired by women with real skills.”

Schoen said the next scent in the series won’t come for a couple of years, and hinted the focus may be on a woman who embodies physical grace.