Beauty manufacturers show no sign of reining in the outflow of star-studded launches this season. 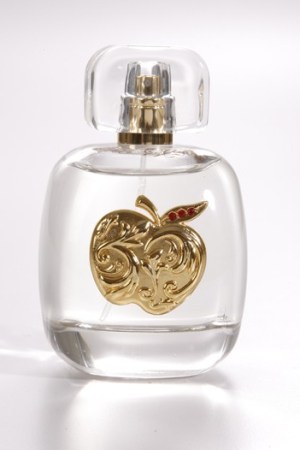 Despite a rumbling within the industry that the celebrity fragrance market is oversaturated and lifeless, manufacturers show no sign of reining in the outflow of star-studded launches this season.

“There are so many celebrities today, just being one isn’t enough,” said Karen Grant, vice president and global beauty analyst for NPD. “There has to be something that makes the fragrance compelling, something olfactively different, or the packaging has to be fun and innovative or sophisticated and aspirational.”

Last year, celebrity fragrance sales dropped 7 percent, Grant said. “We’re finding that only 3 percent of consumers say they are influenced by the celebrity name,” said Grant. “There has to be a point of difference to generate excitement.”

From Avon’s Derek Jeter Driven Sport, launching in October, to Britney Spears’ Circus Fantasy (aptly named for her 2009 world tour), celebrities in an assortment of fields are lending their name and putting their stamp on a slew of fall eaux.

“Each time we add another celebrity fragrance, that fragrance is going to be appealing to a new consumer, someone we haven’t reached in the past,” said Neil Katz, chief executive officer for Parlux Frangrances Inc., who last month introduced Paris Hilton Siren and Jessica Simpson Fancy Love and this month unveiled Queen by Queen Latifah. “We work extremely closely with each celebrity and their managers to ensure that everything that we do truly represents them.” Parlux’s newest project? A Rihanna-inspired offering, slated to roll out in fall 2010.

Coty Inc. will introduce My Glow by Jennifer Lopez and Faith Hill’s debut scent, while Lighthouse Beauty will launch Power by 50 Cent in November and a still-unnamed scent with Kim Kardashian in spring 2010.

Come October, Romane Fragrances will unveil Apple Bottoms by Nelly, the result of a partnership with the rap artist and clothing designer. “We were truly inspired by the Apple Bottoms brand and Nelly’s vision that celebrates women,” said MarieAnna Ferdinand, Vice President Product Development at Romane Fragrances. She also said that part of the appeal in celebrity fragrances lies in discovering new demographics that can be reached by a brand or fragrance distributor. “From a marketing perspective, you have a loyal fan base that is eager to try the product, and it becomes quite aspirational as the fans want to buy into the celebrity vision and lifestyle,” she said. “Nelly understands women and the lifestyle that inspires them. He provides inspiration and direction on the line and this project was especially important to him.”

In response to the idea that celebrity scents have become unimaginative blends with a recognizable name slapped on them, Katz begs to differ. “Most celebrities are artists and very particular about everything done to represent them,” he said. “Every time we put out a fragrance, it never has the same imagery as anything else we’ve put out before. We try to create things that entertain. We hope we entertain well enough that [consumers] buy a souvenir.”