Where have all the drug chains gone? 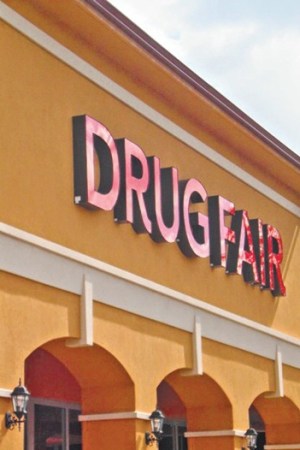 Where Have All the Drug Chains Gone?

When this reporter started covering the chain drugstore industry in the early Eighties, there was a drugstore chain headquartered in almost every region of the country. Want to know what was going on in the Northwest? Call Payless Drug. How about down South? Harco and K&B buyers were always ready to share an anecdote. The Midwest overflowed with chains, including Perry Drug, Arbor Drug, F&M and Gray.

Each drug chain had a cosmetics buyer with an individual personality that knew his or her department inside and out. They also relied on each other to get reality checks on new items and had a tight-knit community.

The mid-Eighties sparked the first swath of consolidation in chain drugstores with names including Gray and SupeRx swallowed by bigger players. Things were quiet until another wave of acquisitions in the Nineties and yet another in the early part of this decade. Anyone calling on accounts can pretty much tell you now that most of the business is done by the top three drugstore chains — Walgreens, CVS and Rite Aid. And, many of the colorful buyers of the business have retired or been retired along with the compression of the industry. Some have taken posts on the other side of the desk in manufacturing — and some, unfortunately, have passed away.

This, of course, is the backdrop to this week’s announcement that Walgreens is snapping up units from Drug Fair, a New Jersey-based regional operation. In this case, it wasn’t just the trend of big getting bigger that took the chain, but the brutal economy that has caused the demise of players in other channels, such as Linens-N-Things, Fortunoff and Circuit City. Drug Fair was forced into Chapter 11 and the best solution was to sell to Walgreens. In a memo to employees, chief executive officer Tim LaBeau wrote: “These challenging economic times have affected all of our families, our friends and our patients in some manner. As you are well aware, our company, too, has been struggling to maintain its viability. To this end, rather than close our doors like others, we decided to initiate a process to find a buyer for our business who is in a better position to continue the Drug Fair legacy.”

Despite what seems a heartfelt sentiment, employees grumbled that their dismissal was in an abrupt manner where those who had spent countless years with the retailer were told to clear out immediately with no severance, according to reports.

Drug Fair stores will be sorely missed in the industry. Although larger chains have occasionally entered the market and tried to beat Drug Fair at its own game, the company’s stores managed to maintain their distinct identity in the face of the competitive onslaught. Cosmetics, for example, was much more complete and offered something for everyone in a Drug Fair or a Cost Cutters versus a traditional chain. Unusual prepacks or hard-to-find brands had a home at Drug Fair. The merchandise manager Gerri Pienta has long been a presence at industry meetings. And although too shy to be quoted, she was willing to offer a smile or advice to those in need. Drug Fair also had some phenomenal locations in New Jersey that are undoubtedly attractive to Walgreens.

Consolidation isn’t limited to drugstore retailing. A lack of regional diversity can easily be characterized in the department store business, as well. However, there were many more drugstore chains to begin with than department stores and each had a colorful history of how it was formed. Many times a hard-working pharmacist turned a few stores into an empire. Drug Fair had been a banner in New Jersey for more than 55 years!  Many of the most powerful chain beauty buyers once shagged shopping carts from parking lots. The demise of Drug Fair is just one more example of the loss in the industry of a chain that once made the business special.

A few words with Tim LaBeau, chief executive of Drug Fair in a memo to employees. On March 17, LaBeau issued a memo update on the status of the company. A few of the highlights:

“The stores that Walgreens has offered to purchase will continue to operate as Drug Fair stores until the sale to Walgreens is finalized, and we will be purchasing front-end merchandise for these stores in order to restock them during the transition period.”

Revlon Hopes Women Still Want Long-Staying Lip Color: Revlon is aiming to up the performance ante in the long-wearing lip category with the launch for spring of Revlon ColorStay Ultimate Liquid Lipstick. The major difference is it provides 12-hour, food-proof color in one application.

Joe Fresh Beauty: Loblaws has long been known for its commitment to private labels. Many consumers pick the Loblaws brand over national competitors. Now Loblaws has teamed up with the Joe Fresh Style name to launch a collection of lower-priced cosmetics products, called Joe Fresh Beauty.