The issue of pilferage is huge at retail. Particularly with the tough economy, retailers report spikes in thefts. 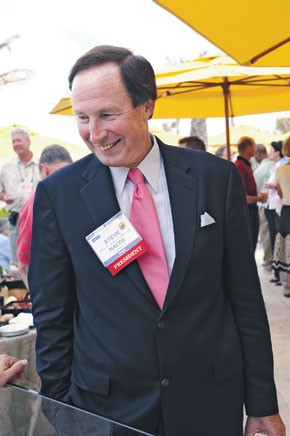 Several years ago, this reporter’s grandmother was accosted on the way out of her local supermarket. They suggested she was stealing mascara. She had merely reached into her purse to bring out her old one so she could get the exact color. While she was wrongly accused, the issue of pilferage is huge at retail.

With the tough economy, retailers especially report spikes in thefts. Even more of a problem, though, are professional “sweepers” who target high-ticket items. Sometimes these thieves work in tandem with store employees to steal entire displays or tote items out the back door. Others come into the store and literally “sweep” the shelves into a bag.

Often, the pilfered goods end up on auction sites. In fact, the National Retail Federation offers consumer alerts about common household items that are sold via auction sites to look out for because they could be stolen or, worse, damaged. “Though retailers suffer billions of dollars in losses each year from organized retail crime, they are not the only group who’s hurt,” said Joe LaRocca, NRF senior asset protection adviser. “Most stolen merchandise is not stored properly and could expose unsuspecting shoppers or their children to a host of risks from spoiled baby formula and pain medication to inaccurate results from diabetic test strips or pregnancy tests.”

Beauty products make the list. While nice to know a brand is coveted, it is also imperative to know if a line is on the crook’s hit list. The NRF recently added some popular beauty items to the list which already included Cover Girl makeup and Olay skin care. Now the NRF also cautions people about Bumble and bumble hair products, Gillette Fusion razors, Matrix and Pureology. NRF recommends that shoppers only buy health and beauty items from reputable sources they know and trust, such as legitimate retail stores or Web sites.

“While retailers will continue to invest billions of dollars trying to prevent organized retail crime and to apprehend and to prosecute the perpetrators, this epidemic cannot be solved by fighting these cases solely in the shopping aisles,” said LaRocca. “New federal laws will make organized retail crime part of our federal criminal statutes, giving law enforcement officers and prosecutors the tools they need to put these criminals behind bars.”

The National Association of Chain Drug Stores has also weighed in on organized crime and made efforts on Capital Hill with legislation. “NACDS recognizes Chairman Rep. Bobby Scott (D., Va.) for holding a hearing on organized retail crime,” said NACDS president and chief executive officer Steven C. Anderson. “As health care providers, we are glad to see that Congress is focusing on organized retail crime as a direct threat to patient health and safety, and to our economy. NACDS highly encourages Congress to act on this legislation.

Chains and manufacturers continue to do the best they can to halt theft with source tagging and other tools. But at least for now, pilferage is still a big enemy to the retail bottom line.

Kelly: We’re really talking about some of the things we are working on for the long term. We cater to low-income shoppers with incomes below $40,000, but we are attracting more shoppers with household incomes of up to $70,000 as unemployment rises and credit remains tight. She’s coming to our store, but she’s not shopping the whole store. We are going to make stores easier to navigate by improving signs and removing clutter.

Dead Sea Goes Mass: Added Extras, which has brought unique licenses to mass, now has Minerals Dead Sea Collection to bring the allure of brands such as Ahava to mass.

Lauder Taps Pecheux: Companies are shaking things up to stir up consumers. Estée Lauder has named Tom Pecheux as creative makeup director. Beginning in the spring, he’ll use high-impact color products in new campaigns to focus on new products set for Lauder counters.