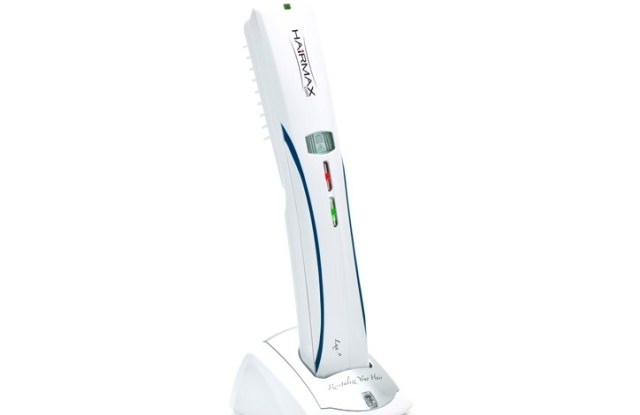 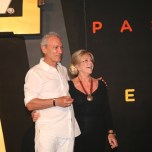 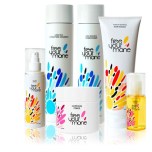 HAIR GONE: A new at-home treatment targeting female hair loss has received FDA clearance for marketing the treatment of “androgenetic alopecia (female pattern hair loss) and [promoting] hair growth.” The HairMax LaserComb Lux 9 received clearance based on results from clinical studies. “Hair loss amongst women is a growing concern,” said Dr. Matt Leavitt, Medical Advisor to Lexington International, LLC, based in Boca Raton, Fla., the firm that makes HairMax LaserComb Lux 9. “In the past, women had only one FDA Approved drug ingredient to treat their hair loss. Now they have a clinically proven viable alternative.” The most recent hair loss treatment for women to be approved by the FDA was minoxidil in 1988. HairMax is now the first non-drug, home-use OTC medical device cleared to treat the estimated 80 million men and women suffering from hereditary hair loss. The results of a double-blind, device-controlled clinical study conducted under Good Clinical Practices showed that 100 percent of subjects on the HairMax Lux 9 experienced hair growth at 6 months. Furthermore, over the same period of time, females on the HairMax Lux 9 grew an average of 20.5 hairs per centimeter squared, which is considered medically and scientifically significant. Most importantly, more than 70 percent of the subjects on the HairMax Lux 9 reported improvement in thickness and fullness of their hair. It is priced at $495 at Hairmax.com and at select dermatologists’ offices.

PCPC NAMES BAILEY REPLACEMENT: The Personal Care Products Council has named Halyna Breslawec, Ph.D., to become the organization’s chief scientist, replacing John Bailey, Ph.D., who officially retires on July 29 after nine years of service. In her new role, Breslawec will oversee the Council’s scientific programs, technical committees and publications and will serve as the industry’s scientific liaison for several domestic and international organizations. Breslawec worked at the U.S. Food and Drug Administration for more than 14 years in numerous leadership roles directing the review and approval of medical devices at both the office and division levels and also assessed clinical trials. While working in the FDA Commissioner’s office Breslawec also developed a program to implement FDA’s human subject protection regulations for the clinical and academic communities. Breslawec currently serves as Deputy Director for the Cosmetic Ingredient Review, an independent, non-profit panel of scientific and medical experts that assesses the safety of cosmetic ingredients used in the U.S.

CELEBRATE THE GREAT: Hair Cuttery, the largest family-owned and operated chain of hair salons in the United States, recently honored 350 stylists and field leaders who were the company’s top performers in 2010 at its annual Wow event in Cancun, Mexico. Hair Cuttery owners Dennis and Ann Ratner, their family, and the company’s entire leadership team attended the event and special recognition was extended to the top 25 stylists and salons by region. The Ratners, who themselves were marking their 50th year as hairstylists, were given a celebratory salute by their Hair Cuttery colleagues. Events in Cancun included a presentation by comedienne, actress and motivational speaker Kathy Buckley and a Hair Show orchestrated by the Ratner company’s creative team.

GREEN THUMB’S UP: Avon Products Inc. won accolades at the Annual Cause Marketing Forum Conference in Chicago earlier this month. The company’s global fund-raising program to end deforestation, called Avon Hello Green Tomorrow, was awarded a Cause Marketing Halo Award. On hand to accept the award were Susan Arnot Heaney, director of corporate responsibility for Avon and the program’s project leader, and Bryan Harding, director of cause marketing for The Nature Conservancy, Avon’s partner for the 2010 program. The program, which was launched in March 2010 in more than 50 countries, was designed to leverage Avon’s legions of sales representatives to drive funds and raise awareness about deforestation. In its first year, Hello Green Tomorrow generated more than $2 million that was awarded to The Nature Conservancy to help restore the Atlantic Rain Forest in South America. The initiative also is focused on changing consumer behavior with a global educational message focused on “five simple things” — reduce, reuse, recycle, rethink and replant.

WALGREENS BOUND: Skin by Monica Olsen is headed to Walgreens. The natural beauty brand will make its debut in the drugstore chain with about 50 stockkeeping units by August. “Natural skin care is not a passing trend. Today’s beauty shopper wants to feel good about the products she uses while receiving the results she expects. Customers will be pleased to find this hot new brand that has beauty blogs buzzing at their neighborhood Walgreens store,” said Shannon Petree, Walgreens divisional vice president and general merchandise manager for beauty. Skin by Monica Olsen is no stranger to mass. The brand, which is based in Southern California and spans women’s, men’s and baby products, entered 252 Duane Reade stores in 2009. Skin by Monica Olsen, which offers skin, body and hair care products priced from $8 to $110, is found in 2,000-plus doors worldwide.

MANE EVENT: Free Your Mane is entering the multicultural hair care segment with the launch of six items priced from $14.95 to $24.95 that span shampoo and conditioner, styling and treatment at Ricky’s NYC. Started by Israel Segal, who was born in Jerusalem; raised in New York; moved to Los Angeles to be a wardrobe stylist working with actors and actresses such as Brad Pitt, George Clooney, Halle Berry and Sandra Bullock, and adopted African-American twins in 2003, has based the new line on Baobab oil for hydration. Products are free of sulfates, parabens, petrochemicals and phthalates. Segal, who has already been approached by Target about Free Your Mane, projected the brand, which is aimed at 18-to-35-year-old consumers, would be in 350 apothecaries, salons, prestige beauty supply and department stores by the end of the year. “When a retailer like Target is coming to you saying we are looking for multicultural, healthy products, you know that there is a market for it,” said Segal, who added he wants to build Free Your Mane’s audience before getting into retailers of Target’s size. He is developing body care products to supplement Free Your Mane’s hair care assortment.