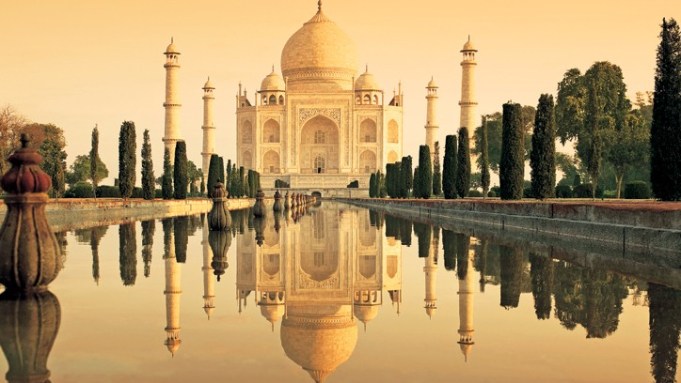 Despite the global economic downturn, India’s middle class is still expanding at a brisk clip. But to truly capitalize on the country’s centuries-old tradition of beautification, beauty companies still have to overcome the country’s regulatory hurdles.

From body scrubs to eyebrow threading, many products and practices popular in the West hail from India. Unlike in the West, however, beauty here tends to come cheaply—most remedies cost less than a dollar. Now, as India’s economy booms, international brands hope to turn the country’s centuries-old tradition of beautification to their advantage. “India is among the top markets in the world for beauty products, despite having among the lowest levels of per capita spending on personal care products, averaging $4.90 per person,” says Rohit Bhattiani, principal consultant at Technopak Advisors.

Euromonitor puts India’s cosmetics and toiletries market at about $4.45 billion in 2007, a 47 percent increase over 2002. Hair care is the biggest segment, accounting for about $1 billion in sales, followed by skin care, with $514 million; color cosmetics, with $174.3 million, and fragrance, with $88.1 million. Cosmetics saw the biggest growth between 2002 and 2007, increasing 332 percent, followed by fragrance, with 140 percent; hair care, with 62.5 percent, and skin care, with 59 percent. Estimates of future growth vary, but most analysts expect that the market will grow 15 to 20 percent in the next few years.

Though India’s economy will be affected by the global downturn, the country is still expected to maintain gross domestic product growth of between 7 and 8 percent in the next few years. The management consultancy firm McKinsey expects this to transform India into the world’s fifth-biggest consumer economy by 2025 and inflate its middle class from 40 million people to 583 million, quadrupling consumer spending from about $354 billion to $1.5 trillion in 2025. India’s economic boom is centered on the service sector, where personal grooming is important. Combine this with increasing numbers of women joining the workforce—the National Association of Software and Services Cos. expects women to constitute nearly half of the employees in the burgeoning IT sector by 2010—and beauty’s potential for growth is clear.

International brands have long been mindful of this vast opportunity. Anglo-Dutch consumer giant Unilever snapped up the Indian cosmetics company Lakme in 1998. Today, its Indian subsidiary, Hindustan Lever, is the market leader, competing with cheap domestic brands by selling a wide and affordable range of products. Other leaders include L’Oréal, Procter & Gamble and Revlon, as well as more recent entries, such as the Estée Lauder Cos. and Chanel.

While Western brands entering the market have sought to encourage Indian consumers to upgrade their beauty habits, marketers quickly have learned that understanding the nuances of this vast country is key to success. Didier Picard, vice president and general manager of Estée Lauder, Middle East and India, which entered India in 2005, says that operating in a nation as vast and diverse as India, “which is not really one country, but 29 states,” requires careful planning.

In the south, for example, people have darker skin and women are more conservative than their northern counterparts, especially when it comes to color cosmetics. But when it comes to fragrance, light, flowery notes appeal to women across the country, says Picard. Many Indian consumers, he adds, have little idea of the range of skin care products available, or their function. “The level of brand awareness is good, but people have little idea what to actually do with the products,” Picard says.

He cites a recent promotion for Clinique’s three-step skin care program in Delhi. Nearly 3,000 women turned up, “and few of them had any idea about facial exfoliation. You need to explain everything from scratch,” he says. “Foundation is another interesting case. Ask 10 women if they want to use it and they all say no. Show them how it looks when applied, and they all say yes.”

One makes discoveries during years of working in India, says Dinesh Dayal, L’Oréal India’s chief operating officer. Most Indian women have long, straight hair, which they wear in simple, neat styles. “The gray shows quicker, so we have developed products that allow quick touch-ups,” he says.

A growing number of companies have found that direct selling is an effective way to educate consumers. Hina Nagarajan, India manager of Mary Kay, says that culturally, India  is particularly suited to the direct-sales model. “Flexible direct selling…is very desirable in India, where women respect a strong work ethic and place a high value on family,” she says.

Fredrik Widell, managing director of India operations for Oriflame, which launched here in 1995, agrees. “Today, we have 100,000 sellers talking about our products every day,”  he says. Oriflame is experiencing sales growth of 50 percent year-on-year.

As enticing as the numbers sound, not all is rosy for international brands. Despite an ongoing program of mall building—which, most agree, has reduced the power of the gray market—high-quality retail space remains limited and overpriced. “There are, what? Six, seven really good malls in India?” asks Picard. When one of them, Select Citywalk, opened in South Delhi in October 2007, Estée Lauder snapped up stand-alone stores for Clinique and MAC. “The space squeeze is definitely slowing growth,” he says.

A few doors down, Lancôme, Elizabeth Arden, Shiseido and other prestige brands have counters at Shoppers Stop, a fast-expanding department store. Outside the big cities, small towns also are seeing a mushrooming of department stores.

But the headache caused by high rental prices in such locations is worsened by high import tariffs—although an increasing number of companies are getting around this by manufacturing in India. Modi Revlon, a joint venture between Revlon and India’s Modi Group, manufactures here “to allow us a healthy bottom line,” says chairman Umesh Modi. Oriflame manufactures 25 percent of its products sold in India domestically, while Mary Kay plans to use a chunk of its initial $20 million investment in India to set up manufacturing units.

The beauty business is also victim to the other perils of doing business in India, foremost among them its ropey infrastructure, from congested roads to frequent power cuts. “The pitiful state of infrastructure, overregulation and corruption…are the main obstacles to growth,” says Kai Boris Bendix, managing director of Nivea India. “While there are solutions to all of these, the Indian economy could grow at double its current speed by seriously addressing these topics within the political framework.”

Despite the difficulties, selling in India is a no-brainer. “We’d be crazy to ignore it,” says Picard. And should it be required, there are constant reminders of India’s potential in the form of homegrown brands that are increasingly taking on global brands.

Earlier this year, Lauder bought a stake in Forest Essentials, a highend, ayurvedic treatment line that has doubled its sales annually since it launched in 2001 and expects to have 14 freestanding stores by the end of the year. “We’ve decided to make the brand stronger in India before launching it globally,” says managing director Mira Kulkarni. “We’re working on doing this within the next two years.”

Though the timeline is conservative, the company clearly recognizes the potential, both domestically and globally. Said chief executive officer William Lauder at the time of the acquisition: “[This] gives us a stronger presence in the rapidly expanding prestige beauty business in India.” He added, “We have seen how consumers around the world are interested in beauty products with natural heritage.”