Ahead of its concealer launch, the company consulted the influencers who criticized its Bounce Foundation shade range.

Ahead of its concealer launch, Beautyblender consulted the influencers who criticized its Bounce Foundation shade range.

The Internet is loud, but Beautyblender is listening.

The company’s signature makeup sponge has become a staple among beauty influencers since its launch 13 years ago. These days, it’s rare a beauty tutorial doesn’t contain at least one sponge sighting or mention. Still, the Internet is capricious — a fact Beautyblender came to terms with in 2018, when it ventured into complexion with Bounce Foundation in 32 shades. The launch was met with backlash from top beauty influencers, including Monica Style Muse, It’s My Raye Raye and Iris Beilin, who, along with Ryan B Potter, group-reviewed the initial shade offerings in what Monica Style Muse dubbed “the ultimate review in history.”

“Right now, I’m looking at this box, and I feel like I was not included in there. I feel offended,” said Beilin, who is Latina, in the YouTube video. Beilin counts 1 million YouTube subscribers.

“When I look at this, do I feel like I was considered here? Absolutely not,” said Monica, who is Afro-Latina and has nearly 400,000 YouTube subscribers.

Rea Ann Silva, Beautyblender’s founder and a self-proclaimed “voyeur of social media,” caught wind of the video, which has been viewed more than 367,000 times since August 2018. The brand founder in her was disappointed the launch wasn’t well-received. But the businesswoman in her saw an opportunity, which she seized ahead of the launch of Beautyblender’s new concealer.

“What I realized during [the Bounce Foundation] launch is that I had not done a good enough job of talking about who I was and why I was an expert,” said Silva, who is Latina. “It was crazy to me that nobody knew, or at least these influencers had no idea, that I am a woman of color. I wanted to reach out to them, bring them in and have them try our concealers in advance and get their input and just talk. I wanted to make sure I covered all my bases with my new friends.”

Shortly after launching Bounce, Beautyblender expanded the foundation’s shade range from 32 to 40 — a move that has become increasingly popular in a post-Fenty Beauty world. Rihanna, it seems, has changed the standard for foundation. Anything less than 40 shades is simply inadequate in the eyes of social media-savvy consumers. 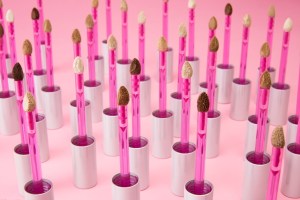 On Feb. 10, Beautyblender will launch Bounce Airbrush Liquid Whip Concealer in 40 shades at Sephora and on Beautyblender’s dot-com. The product is meant to be used as a full-coverage concealer, highlighter or contour. It contains hyaluronic acid, polymers and peptides, and is vegan, gluten-free, cruelty-free, paraben-free and pthalate-free.

The launch of concealer marks an increased focus on complexion for Beautyblender. Complexion currently accounts for about 10 percent of Beautyblender’s overall business, said Silva, who hopes that number will grow to 15 percent by the end of 2020. She plans to continue to build out the category.

“It’s pretty obvious where I’m going,” she said. “There’s foundation, concealer, bronzers, shimmers, blushes, powders. There are so many things in complexion, I can literally hover in this category of color for a while. I’m trying to build the brand as a system. Everything you can use Beautyblender with first, I want to make.”

After finalizing the concealer’s formula, Silva consulted with 14 influencers, including the aforementioned YouTubers and celebrity makeup artist Sir John. Silva invited them to her offices to “set the record straight,” said Monica Style Muse, who had not previously worked with Beautyblender.

“We got to know [Silva] on a personal level and to our surprise, we had no idea what went into this foundation that she had created,” said Monica. (Silva previously spoke at WWD’s Beauty Summit about the making of Bounce Foundation, which required 70,000 miles of travel and 100 different formulations.)

“[Silva] is extremely receptive to criticism,” continued Monica. “When I’m criticized, especially by people who don’t know me, it’s a hard pill to swallow. When we were speaking to her, it was like she was soaking up everything we gave her, even from the first Bounce Foundation review.”

The experience changed Monica’s impression of Silva and her brand — especially learning that Silva was a makeup artist for the cast of “Girlfriends,” the TV show that starred Tracee Ellis Ross, Golden Brooks, Jill Marie Jones and Persia White.

“I didn’t know she had to touch up four African-American women, make them look flawless in HD camera,” said Monica. “I have more of an appreciation for her story.”

The influencer consultation was Beautyblender’s first. And much to Silva’s satisfaction, the influencers had limited feedback this time around.

“I created the product that I wanted — the formulation, the ingredients, the efficacy, everything that went into that product was complete at the time that I brought them in, including the shade range,” said Silva. “We have 40 sku’s — a broad shade range for concealer. When they came in to try the product, it was more or less me wanting their feedback on what I had created. Luckily, they had none. They loved it.”

How Instagram Willed a MAC x Aaliyah Collaboration to Fruition