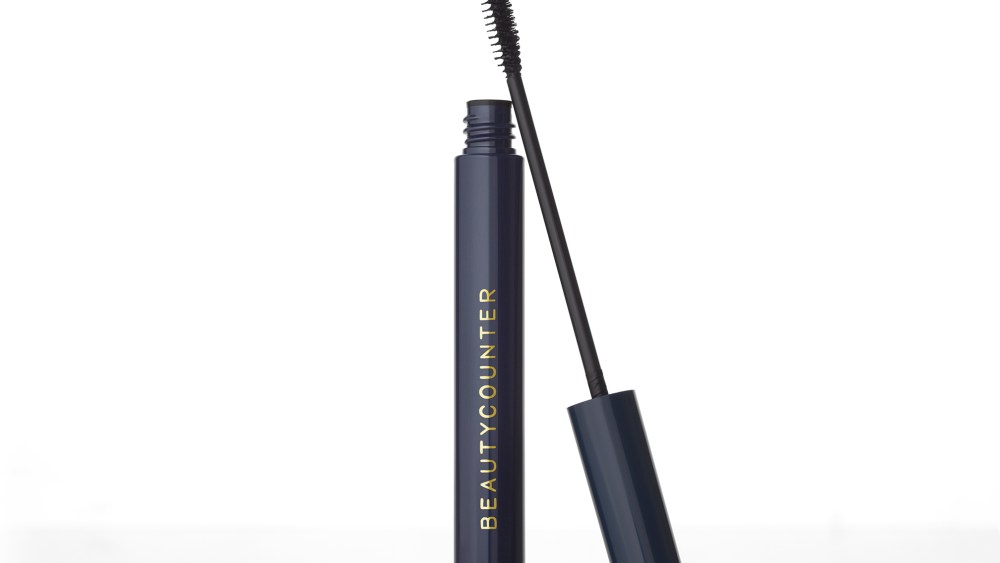 Mascara is the biggest launch in Beautycounter’s history and to promote it the brand staged what it believes is the biggest beauty shoot ever capturing 100 women sporting the lengthener on their lashes.

“We have grown as a company, and we wanted to show the world we have done something really big,” said Gregg Renfrew, the Santa Monica, Calif.-based direct-sales safe cosmetics brand’s founder and chief executive officer. “We have never ordered more inventory against a product. Our goal is to move a million units in the next couple of months.”

Mascara has never been an easy item for beauty companies that excise questionable ingredients. Purer alternatives to standard mascaras that avoid compounds like propylparaben, butylparaben, butylated hydroxyanisole and polyethylene glycol tend to run and smudge, be too gunky so formulas stick to wands or fuse lashes together, and don’t last.

“People are very picky about their mascara. It is something someone uses every single day, and there is a lot of expectation around it,” said celebrity makeup artist Christy Coleman, head of innovation at Beautycounter. “When we started working on this, I didn’t feel we had the expertise, and the right chemists or labs to go at something that was going to be so important. Over time, we were able to find those things that lent themselves to making an awesome formula.”

Beautycounter has been toiling since its establishment three years ago to nail down mascara it was confident to bring to customers and consultants. The product contains beeswax and carnauba wax for structure and texture, and a slew of organic oils and butters (cocoa, acas, pomegranate and shea among them) to condition and hydrate lashes. The wand is slightly curved, and the brush is thin and long.

“The brush itself is just as important as the formula when you are using mascara. The bristles are close together, so they grab the base of the root and work from the root of the lash to the tip,” said Coleman. “I need this mascara to layer well and really be versatile.”

Beautycounter put that versatility to the test during its well-populated one-day photo shoot held last month at Smashbox Studios. The mascara coated the lashes of models of all sorts — professional and not — in various intensities. Besides the mascara, they wore minimal makeup (a smidge of lip gloss and blush, but little else) to focus the images on the product and the models’ eyes.

“We wanted to show how beautiful they could be with just mascara. There is so much expression that comes through your eyes,” said Renfrew. “We wanted a very empowering message about women.”

Over the course of nine hours, Coleman and around six assistants prepped the 100 women to be photographed. “Some of them got lots of layers of mascara and some people just got one layer. The goal of the shoot was to be able to show it at different levels of application because one of the key benefits is that it is buildable,” said Coleman. “In my 25-year-plus career, I have never shot 100 women. I was exhausted, but the feedback from all of them was great.”

Beautycounter, which received an investment from TPG Growth in 2014, is betting heavily on the mascara to help triple its business this year. “We have about 20,000 consultants in the field with a plan to have 30,000. We have shipped close to three million products out to date. The business has proven to be a much bigger business than I think even our investors had originally anticipated,” said Renfrew. “We are growing so much, and we are trying to take it to the next level from a revenue and infrastructure standpoint.”