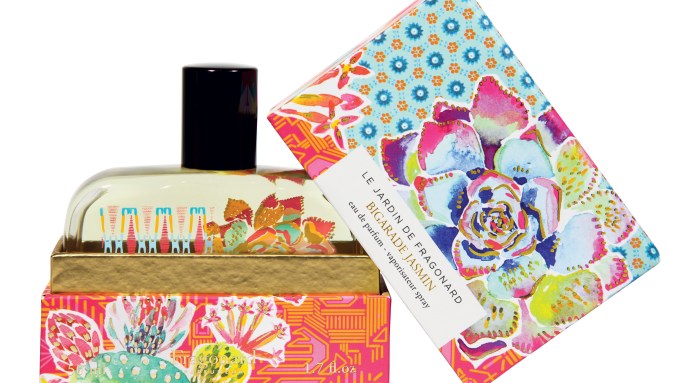 Beautyhabit has taken up residence at M.Fredric’s flagship in Westlake Village, Calif.

The online apothecary now occupies nearly 200 square feet inside the contemporary clothing and accessories store, which is less than a mile from its headquarters. The in-store shop represents a return for Beautyhabit to brick-and-mortar retailing after closing down a boutique about six years ago to focus on its growing digital business.

“We wanted to bring niche, hard-to-find luxury brands to people living in this area,” said Paula Vazquez, who owns Beautyhabit with her sister Teresa Mitchell. “There is a lot of money here, but people feel they have to get in their cars and go on the freeway to Los Angeles, Santa Monica, Beverly Hills or even the San Fernando Valley to get what they want. They can actually get it here.”

“I’ve known Paula for years. She’s very sharp and a really great businesswoman,” said M.Fredric owner Fred Levine. “We believed Beautyhabit would be a nice complement to our apparel, kids clothing and accessories. We certainly wouldn’t want to handle beauty on our own. We had a huge entryway that was filled with mannequins and displays, and we thought, ‘Let’s put product in there.’ There was room for it, and it’s worked out well.”

Vazquez described the look of Beautyhabit’s in-store shop as modern and industrial. It contains wood and iron, and contrasting hard and soft materials. Beautyhabit staffs the shop within M.Fredric. Vazquez said the store’s proximity to Beautyhabit offices allows it to keep a close watch on the sales performance of products and quickly respond to consumer demand. “We can swap things in and out all the time until we see what hits,” she noted.

Beautyhabit is the latest concept to diversify the merchandise mix at M.Fredric. Prior to its in-store presentation, the retailer linked with David’s Shoes and Free People on shops-in-shop at various locations. “We think that the future of brick-and-mortar retail is to have almost like mini department stores and fulfill the customers’ needs beyond apparel from people really top-notch in their fields,” said Levine.

M.Fredric and Beautyhabit are exploring installing Beautyhabit set-ups at additional M.Fredric locations. The retailer has nine company-owned stores in Southern California and two licensed locations in partnership with Hudson Group at LAX and George Bush Intercontinental Airport in Houston. Another two licensed locations are opening soon at the Hard Rock Hotel in Las Vegas and the Dallas-Fort Worth airport.