The segment continues on its growth trajectory, thanks to passengers from emerging markets, notably China, and skin-care and makeup's strong gains. 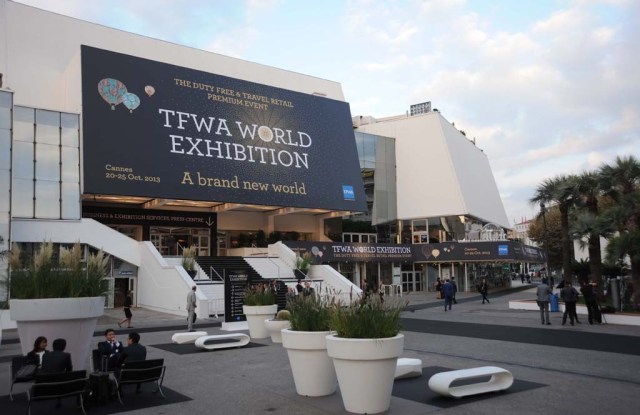 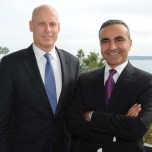 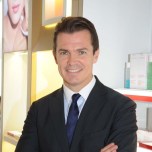 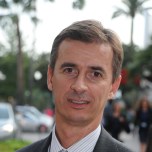 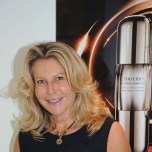 They were the hot topics at the Tax Free World Association annual meeting at the Palais des Festivals here, which ran from Oct. 20 to 25. The fair was bustling, with the number of visitors increasing 4 percent on the 2012 session to 6,303, and the amount of companies represented gaining 1 percent to 2,917.

“It’s a sea of optimism in a relatively difficult overall context,” said Bill Brace, vice president of global marketing development and operations at P&G Prestige, alluding to ongoing economic and geopolitical uncertainties. “It’s one of the channels that is best poised for growth as we move into the next five to 10 years.”

“We’ve been growing double-digits in the Americas, Asia and Russia recently,” said Nicolas Piquereau, general manager of travel retail worldwide at Groupe Clarins, adding the skin-care brand is up 19 percent at retail in the channel.

La Prairie Group is set to register a sales rise of 15 percent, according to its president Patrick Rasquinet. “The leading region by far is Asia; if you exclude Korea, we are plus 30 percent.”

Meanwhile, numerous executives said they expect to close 2013 up in the mid- to high-single digits.

During the opening conference, TFWA president Erik Juul-Mortensen highlighted that passenger count is growing fastest in the Middle East, at more than 10 percent yearly and where almost 10 percent of worldwide travel-retail sales were generated in 2012, up 12.6 percent on-year.

“Its airports are rapidly turning the region into a center for global aviation hubs — Dubai, Qatar and Abu Dhabi in particular,” he said. “They are putting the shopping experience at the very heart of their vision for the airports of the future, creating huge potential for retail growth.”

According to the United Nations World Tourism Organization, the number of people touring the globe hit the 1 billion mark last year.

Meanwhile, the Asia and Oceania region in 2012 consolidated its recently captured position as the largest for travel-retail sales including all product categories combined, generating 35.7 percent of the $55.8 billion overall business, according to data from industry tracking firm Generation. In comparison, Europe, the second-largest region, rang up 34.5 percent.

Juul-Mortensen cited among factors that can negatively impact the travel-retail business the global economy’s slow recovery — with Europe and North America still in the doldrums — reflected in weak passenger traffic.

There’s also China’s new tourism law, which went into effect on Oct. 1, that bans travel agencies from offering low-priced tours that allegedly force people to make purchases at shops that then give the travel agents commissions.

Nevertheless, Juul-Mortensen called the global duty-free and travel-retail market “the premier retail channel.” Its business keeps gaining muscle. Already in the first half of the year, sales from fragrance and cosmetics — the channel’s dominant category — were $8.35 billion, a 9.4 percent rise versus the same period in 2012, according to Generation.

“The biggest challenge I think for any company today — whether it’s beauty or any of the other business pillars — is really to understand the customer dynamic: who they are, how they’re shopping, where they’re coming from, what their preferences are and where they are going,” said Harold Brooks, president of global merchandising at DFS Group.

“We need to be very granular,” said Olivier Bottrie, president of travel retailing worldwide at the Estée Lauder Cos. Inc., adding it’s important to know what’s going on even in specific airport terminals.

The Estée Lauder Cos. is currently testing in some airport locations changing product headers to a specific language according to passenger flows at different times of day, for example.

“This is the future of travel retail — delivering the right products to the right place at the right moment to the consumers we are talking to,” said Carreau.

Habits can vary widely among nationalities. Chinese travelers, for instance, tend to include in their vacation planning a shopping budget, noted Markus Stauss, marketing director of travel retail and export worldwide for Coty Inc.

Increasingly, there’s been a focus on regional offers.

“Our Asian assortment is very, very different from the European one,” said Ariel Gentzbourger, senior vice president of Shiseido Europe.

Coty’s vice president of global travel retail and Latam, Philippe Margueritte, said in some destinations there are passengers who are increasingly using the Internet for price comparison.

L’Oréal is so intent on targeting the global shopper that it created a structure called Global Shopper — Retail Excellence this summer.

“Its target is to offer a customer the best of retail excellence around the world — that means from the home country during all the steps of travel… because today travel retail is becoming more and more a window of a luxury brand,” said Stephan Glasser, senior vice president strategic development for Global Shopper — Retail Excellence at L’Oréal Luxe travel retail. “With this structure, we really want to better know the customers. There are some behaviors we have to better understand to really offer perfect and tailor-made service.”

To adapt to the world travelers, for instance, Kiehl’s Since 1851’s travel-retail concept has been reworked to include a display of customer favorites per nationality. To better service the preponderance of men in the channel, their skin-care products have been moved near the shop’s entry.

La Prairie has used stands for its products outside of the traditional beauty zones, like in Dubai and Zurich airports.

“Luxury skin care has been the critical growth engine of our business,” said DFS’ Brooks.

SK-II has had a “phenomenal” performance in travel retail, said P&G’s Brace.

In roll-out phase is Clé de Peau Beauté, which entered DFS in Hong Kong, among other locations, said Gentzbourger.

In certain markets, makeup sales are growing apace with that of skin care. That’s the case, for instance, for World Duty Free on average in the U.K.

“Makeup for us is a key category to help animate the stores, provide service, give the right ambiance and animations,” said Carreau.

“There is a territory of opportunity around service,” continued Clarins’ Piquereau. “I am a strong believer in e-learning; that’s tomorrow’s training.”

For men (who in airports comprise 60 percent of traffic but only 45 percent of travel-retail sales), P&G Prestige teamed with The Nuance Group to create a designated shopping zone — combining grooming products and liquor — that recently opened in the Zurich and Saint Petersburg, Russia, airports.

“Men often feel not so comfortable when they enter a women’s world [for shopping],” said Murat Akyildiz, managing director of global travel retail and distributor operations at P&G Prestige.

“[It was] the biggest-ever launch for London Heathrow,” said Akyildiz, of the project that involved an airport authority, travel retailer and supplier coming together.

“It’s a very different approach to the role of the channel in building the brand and building our business,” said Brace.

The company recently had Nick Youngquest, the face of its new Paco Rabanne men’s fragrance Invictus, make a personal appearance in Heathrow. The event not only created buzz at point of sale, but also online, said Lyndea Dew, global travel retail marketing director.

In some European airports this past spring and summer, Guerlain cross-branded its La Petite Robe Noire fragrance with Moët & Chandon rosé Champagne in an operation whose story line involved a party in Paris.

Still, some executives believe more needs to be done to juice up the flagging fragrance category, which remains the largest sales-wise in beauty.

“For my two daughters luxury is sunglasses, watches, clothing and makeup — no longer fragrance; they don’t perceive perfume today as a superluxury,” said Kay Spanger, a member of Gebr. Heinemann’s board. “This is what the perfume industry is underestimating. The competitor to Dior is not Chanel, the competitor to Chanel is not Dior — it is iPads, iPods, sunglasses, watches, fancy clothing and a reasonable price — not another fragrance. It’s there the young generation spends money.”

For the high end of the market, Nuance is just starting up a niche fragrance concept, said Henrik Ottosson, category manager for perfume and cosmetics. It includes brands like Penhaligon’s, Serge Lutens and Tom Ford Private Blend.

As Nuance’s category strategy tries to satisfy both ends of the business, it includes a masstige retail concept, too.

“Europe is changing. The new growth is coming almost 100 percent from low-cost carriers,” said Ottosson, explaining such flights often service young travelers with little cash to burn. For the project, Nuance teamed up with brands such as Nivea, Maybelline, L’Oréal Paris, OPI and Essie.

“I think the retailers are always looking for something new to add to their selection in general, and hair care is that piece they don’t have,” said David Thomas Brooks, director of research and development at Leonor Greyl, currently sold in just one airport, in Marseille, France. “We definitely feel the vibe this year.”