The evening fete was held in celebration of Dior Backstage, the newest makeup offering from the brand. 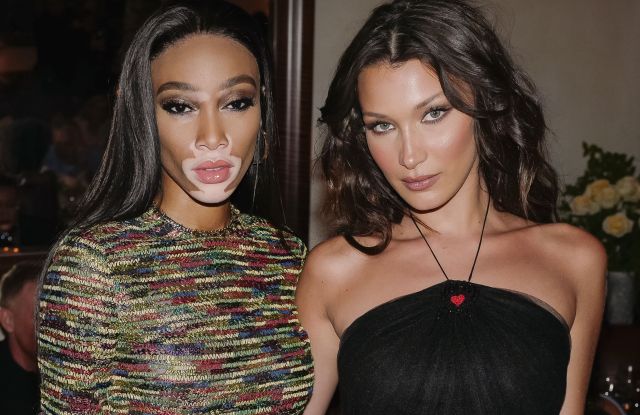 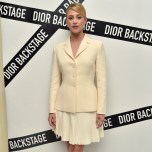 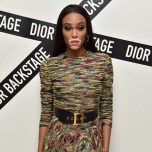 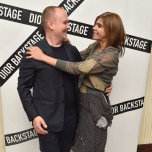 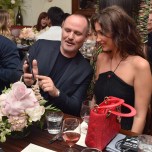 Bella Hadid has had her fair share of backstage experiences, but there’s one in particular that stands out from the rest.

After traveling in Europe and Asia, Hadid rounded up her friends to join her at a Dior dinner in Manhattan on Thursday night. The gathering was held at Frenchette in celebration of the brand’s latest cosmetics launch, Dior Backstage, created by Peter Philips.

“I tried to steal every single palette from Peter and there were only samples, so for a year, I’ve been dying for this to come out,” Hadid said of the line. “It’s kind of perfect for all skin tones.”

Asked about her own personal backstage experiences, Hadid recalled a rather gory wardrobe malfunction.

“I was at a show backstage and there was this tiny little patent leather dress and over it was a big gown,” she began. “Right before I was walking out, the guy pulled it up like five times and literally sliced open this whole side of my stomach. I’m bleeding and in so much pain, but I have to walk out and he didn’t lock the top of the dress, so the whole dress ended up falling, unzipping and I had to hold it up with one and hold up the rest of the dress with the other. I was closing the show, so I walked out and had to walk back out and at that moment, I had to laugh because it was too surreal.”

She said she typically takes 10 minutes to be by herself before the start of a show — especially during fashion week, when the mood is particularly tense.

“I always have my headphones,” she said. “People find me hiding under tables somewhere facing the wall. It’s usually very mellow until the first 20 minutes before the show. It gets really hectic, and I like to go and make sure whoever the designer is feels comfortable and is excited and that they know I’m proud of them. It’s a family experience.”

Philips, Dior’s creative and image director for makeup, previously spoke to WWD about the new line, which was inspired by his own backstage expertise as a makeup artist. Speaking at last night’s dinner, Philips shared that the cosmetics range is meant to be lightweight, easy to apply and mistake-proof.

“The concept behind it is backstage makeup done by somebody,” he said. “It’s easy. The model sits down and she doesn’t have to think, it’s been done for her. The foundations are mixed for her, the makeup is applied for her and that comes with the expertise of our backstage teams.

“Makeup is a fantastic medium, it’s about expressing yourself and playing with colors, but not everybody has the time for that,” he continued. “It’s for that woman in the morning who needs a quick makeover. The palettes, you can’t make any mistakes. They’re lightweight, very user-friendly, easy to apply, easy to wear and that’s what it’s about.”