Sephora Gets Serious About Asia

The beauty retailer is making its debut in South Korea, Hong Kong and New Zealand this year, and plans to open around 30 stores a year in China. 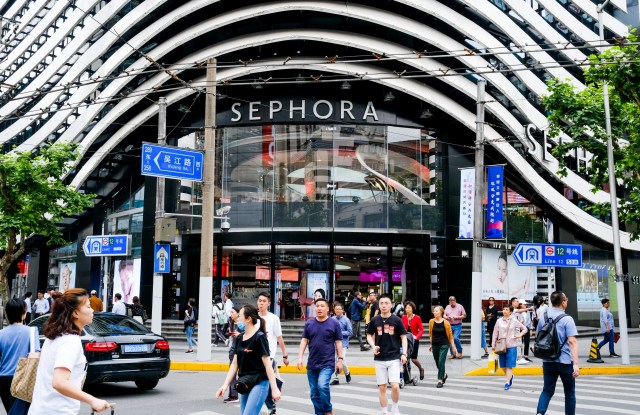 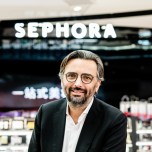 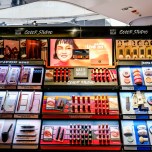 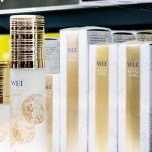 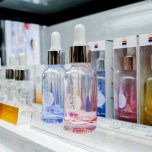 SHANGHAI — “The goal is to create this beauty community. We want to be the most loved beauty community,” said Sephora Asia president Benjamin Vuchot. The executive was seated on the second floor of the Sephora Shanghai flagship on Nanjing Road, sharing what the LVMH Group-owned beauty leader has in store for the region.

There was plenty to share. While the retailer has held a presence in this part of the world since the early Aughts, in the last few years the beauty chain has ramped up its investments substantially with the goal to make the region as strong as the business it does in the U.S. and Europe.

China is the main engine of that, but there’s growth happening in every geography Sephora operates in: Singapore, Malaysia, Thailand, Phillippines, Indonesia, India and Australia. The company is embarking on three new market entries this year alone: New Zealand in July, Hong Kong in September and South Korea in October.

“Sephora globally is doing very well,” Vuchot said. “We are enjoying double-digit growth in 20 of our 34 markets. Definitely China and the Middle East have had double-digit growth for the past few years. Our goal for Asia is to double the business in the next two years.”

While declining to share financial specifics, research houses put the Asian beauty sector growing between 25 and 35 percent every year and Vuchot confirmed, “we are on par with the market.” 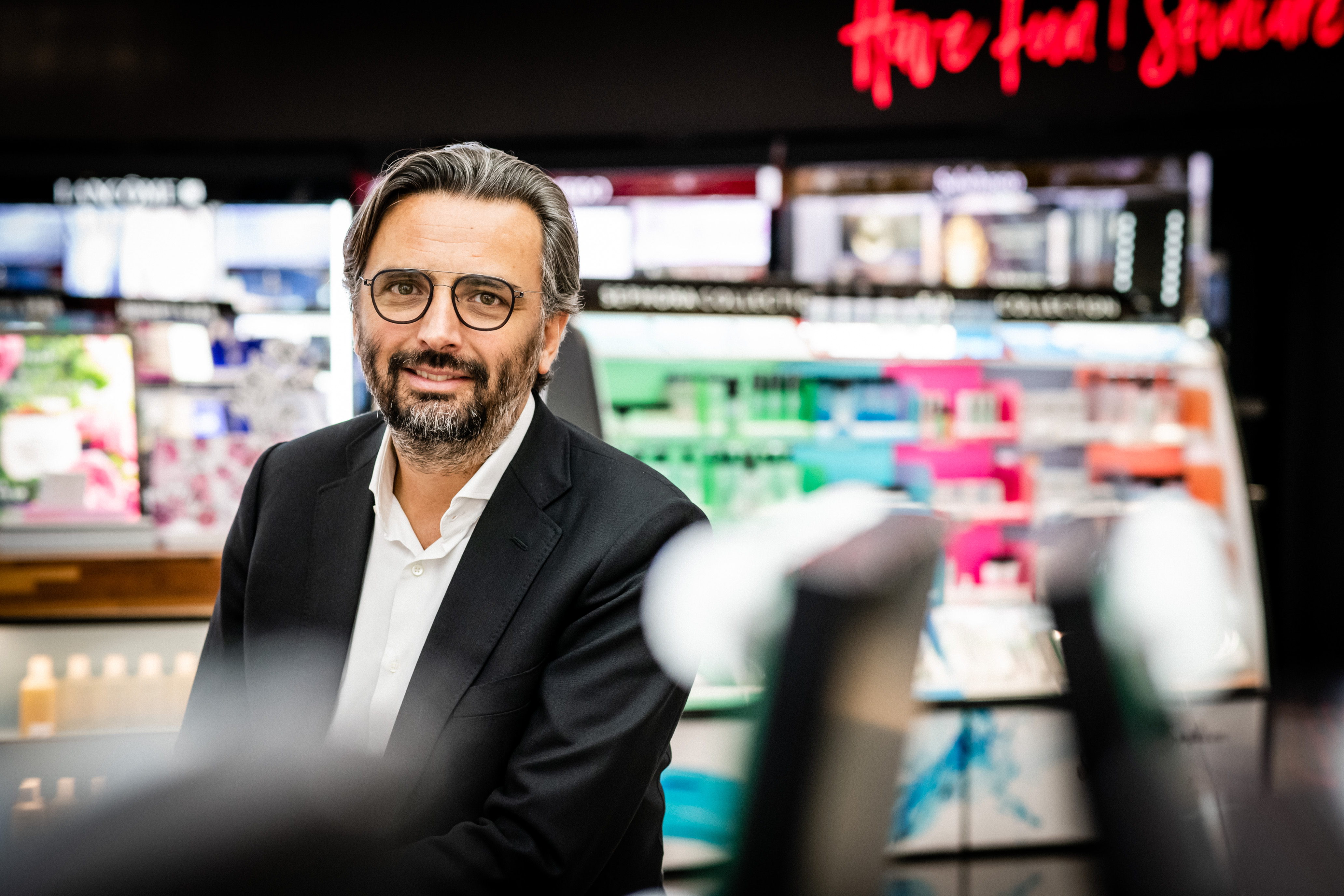 Some of the biggest changes will soon roll out in Hong Kong. The city’s first location will launch at IFC mall, taking over the men’s space that Zara was occupying, and the idea is to launch five to eight stores in the city over the course of the next five years.

While for most cities that would be aggressive, Vuchot reminds that it’s in line with the market importance, which comes from local and tourist demand. “If you look at distribution of major brands, it’s not uncommon to see from 12 to 18 boutiques and on top of that [counters in] department stores.”

He also thinks when it comes to online shopping, Hong Kong in general has been missing a trick, and he is pushing Sephora to provide a better, more seamless option.

Of course, the real big piece of the Asia pie is Mainland China. There, Sephora’s store count is at 238, but by year-end will reach 258, and the company plans to keep opening at a rate of about 30 stores a year. It was an early mover on digital with its Sephora.cn site in 2006, but has evolved to a multichannel approach with WeChat and Tmall more recently.

“In China, we’re able to deliver to 700 cities, but only physically retail in 74 cities. E-commerce just opens doors you would never explore before,” Vuchot said.

Sephora is paying close attention to a few major shifts in China. One is premiumization, with consumers hungry to know more about creating an in-depth regimen, desiring more expensive and quality brands, and with specific active ingredients. The other is the explosion of color cosmetics and individualistic expression.

“Only in the recent years have people started wanting to go out in color with red lips and great eyeshadows or brows,” Vuchot said. “I believe that China 10 to 15 years ago was still about conformity — not wanting to stand out, but look after themselves. What’s happened with the modernization of the country, the consumer feels more free to express differently, hence the opportunity to use makeup.”

“The great part is, they’ve had such a good skin-care regime [over the years],” he continued. “To have good makeup you need to have good skin. The hottest skin-care trend is serums in China today — it’s about density and about formula, but once you have great skin, you can apply the new makeup ideas.”

Fragrance is small but emerging in the market. However, Vuchot pinpoints one sector in particular is set to rise.

“One trend we’re visiting is hair play,” he said. “It used to be color happened in a professional hair salon, but hair is the new skin. You can take care of your hair — that’s the care aspect — but you can also play with your hair, put color and accessories to it. I think we’ll be in that space.”

In Southeast Asia, the situation is nearly exactly flipped. The portfolio has been very strong in makeup, but skin care is taking more nurturing.

With smaller and disparate markets, e-commerce has been a game-changer and in 2015, Sephora acquired the pure online player operator SEA-PAC, which has fueled growth in multiple countries.

“The regulatory issues and fragmentation in these markets is a longer journey, but the consumer is so amazing and so curious and craving for newness and trends that we have,” he said.

Australia, despite some bad publicity when Sephora launched in 2014 surrounding higher prices in that market compared to the retailer’s U.S. pricing, is one of the biggest markets now behind Asia.

“The consumer tends to be connected particularly to the West Coast of the U.S. and there’s been so much coming from L.A. and San Francisco,” said Vuchot. “The beauty of the global business of Sephora is we’re able to facilitate that. Australians shop beauty closest to the way Americans do but we’re also able to bring in Asian trends and the Asian community is very big there.”

In Australia, the company has 17 stores spread across the major cities of Sydney, Melbourne, Brisbane, and resort destinations on the eastern coast. It’ll soon be heading to Adelaide.

Nearby New Zealand will also get its first store when Sephora plants a flagship in Auckland this summer. First though, a Sephora swatch shop bus is to tour cities on the two islands, allowing customers to swatch test brands and order online ahead of the brick-and-mortar opening.

Toward the end of the year, Sephora will break into one of its most crucial markets: South Korea. The plan focuses exclusively on Seoul, with the first store to open in October and another four stores are planned by the middle of next year.

“It’s the fourth [largest] beauty market for prestige in the world,” he reminds. “I would hope that we would have 20 to 25 percent in Korea of Korean brands assortment.”

There’s yet another reason why Sephora wants to set up in South Korea and that is to be closer to spot trends and innovation. Being there will help product research and development for Sephora’s private-label business, which contributes between 10 and 18 percent of any one given market’s revenue.

Sephora is keeping an eye on innovation from all its markets, in fact. It carries a few Chinese brands already, including Marie Dalgar, a color cosmetics brand that the retailer recently collaborated with to produce a premium eyeshadow palette collection, and skin-care line Wei Beauty, which is based on the tenets of traditional Chinese medicine. Then there’s Skin Inc., which is popular for its custom-blended skin serums, from Singapore.

Japan is the only major Asian country missing on the map, and Sephora has no immediate plans there. Not for lack of innovation there or for robust local beauty demand but rather “realistically how fast can we do things and how much can we do?” said Vuchot.

He readily acknowledges that J-beauty is still very much a leader in innovation. Japan and Korea are likely to remain the two top countries regionally in that regard, but the hope is for Sephora to discover and curate new products and brands for global audiences.

“We’ve just seen the wave of L.A. indie founders’ culture, the kitchen brands coming in. There is a lot of money poured into the industry with these brands being brought in by major groups and these are brands that found their home in Sephora years ago,” he said. “We’re very proud of being able to be part of that journey — any part to incubate new trends and new brands.”