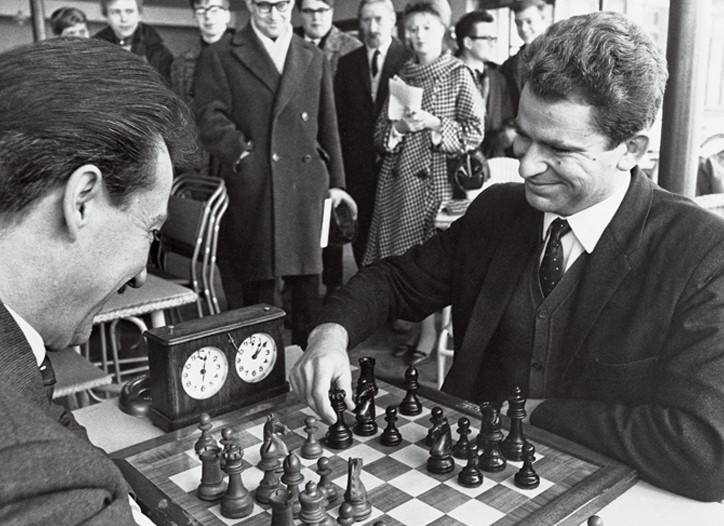 Boldness—be it in product design, communication strategy or brave new idea—paid off this year, as consumers flocked to buzz-worthy big ideas to get their beauty fixes.

Makeup: MAC Hello Kitty Collection
MAC welcomed a famous kitty to its counters—and the results were the cat’s meow. The brand created two limited edition cosmetics and gift collections: the Hello Kitty Colour Collection, sold in department stores and MAC stores with an average price point at less than $20, and the more high-end Hello Kitty Kouture, which included a $90 compact with the popular pussycat outlined in white crystals, sold only at MAC stores. The initiative came alive in stores, thanks to a riot of balloons and shirtless male models in Hello Kitty costumes. Consumers thought the colorful line was, in a word, purr-fect—sources estimated sales reached $12 million at retail in North America alone. —J.N.

Skin Care: Lancôme Génifique Youth Activating Concentrate
Lancôme created plenty of global buzz for its “skin transformer,” Génifique Youth Activating Concentrate, launched in April. The message: Génifique is a concentrate intended not only to make skin look more youthful, but to make skin cells return to the protein levels of significantly younger skin. The strategy: a multifaceted advertising and marketing campaign that included a teaser campaign in European newspapers, followed by full-scale magazine, online and newspaper advertising, including a targeted outreach to bloggers, in the U.S. Next came a heavy sampling campaign in Europe, followed by a similar campaign in the U.S. The result? A product that has already generated a spinoff eye cream, and a line that the company expects to be a skin care pillar for years to come. —J.N.

Fragrance: Coty Prestige For Lola By Marc Jacobs
Talk about a Lola-palooza: Marc Jacobs created a new facet to his scent business this year with Lola, his newest women’s scent. Where Daisy Marc Jacobs—which was launched in 2007—is all girlish charm, Lola was designed to be the confi dent and sensual older sister. The bold, free-form flower that tops the flacon is as memorable as the juice itself, a rich, heady floral starring fuchsia peony, rose and geranium. The scent launched in Bloomingdale’s in August for a monthlong exclusive, before rolling out to a broader distribution in September. By then, it was clear Jacobs and Coty had a hit on their hands, with retailers hailing Lola’s launch and eagerly anticipating its holiday performance. —J.N.

Hair: Bumble And Bumble Styling Bar At Bloomingdale’s
Makeup application at the department store beauty counter? Expected. Eyebrow shaping? Practically ubiquitous these days. But hair services? Not so much. With its first-ever Bb Styling Bar at Bloomingdale’s 59th Street Manhattan flagship, Bumble and bumble is determined to change that. The 297-square-foot space offers “no wash, no appointment” styling from Bumble-trained stylists, as well as the brand’s full product range. Customers can choose from a variety of dos depicted on a large touch-screen menu; each costs $35 and takes about 20 minutes to create. Sources estimate the Styling Bar could do $3 million to $3.5 million in its first year. The excitement it brings to the floor? Priceless. —J.N.

Makeup: Hard Candy
When Hard Candy first launched in 1994, it electrified nail color, quickly growing to a $12 million brand sold in hip stores. Now, Wal-Mart’s vice president of beauty, Carmen Bauza, is looking for the brand to set Wal-Mart’s
mass beauty business abuzz, too. Hard Candy has been re-created for Wal-Mart by NuWorld Beauty, complete with a bold display and edgy products such as glitter liner and baked eye shadows. Old favorites like Fortune Telling Lipgloss are back as well, for a total of 261 stockkeeping units that some think can fetch $50 million in first-year retail sales. Bauza, who has experience at Bath & Body Works and Disney, knows how to make a splash. The display is unlike anything available at mass. Said Bauza at the launch: “The customer will feel like she’s in a candy store. This fills a gap in the marketplace, for the 18- to-35-year-old woman as well as the young at heart.” —Faye Brookman

Skin Care: Garnier Nutritioniste
Garnier Nutritioniste ranks fourth in skin care, claiming a 6.7 percent share in moisturizers. This year, the re-stage of the Skin Renew franchise and the launch of Ultra Lift Pro fueled that growth. Ultra Lift Pro, which combines innovation with traditional moisturizer forms, launched with print and TV ads, a mobile tour and a massive sampling campaign. In-store demos also put aestheticians in Wal-Mart. This while Skin Renew underwent a formula revamp to include caffeine, allowing Garnier to further clarify positioning through a packaging redesign and to build on the success of Garnier’s Eye Roller, the best-selling eye product of the year—healthy beauty for a healthy bottom line. —A.N.

Fragrance: Demeter Fragrance Library
Banking on an already-established brand name, Mark D. Crames, chief executive officer of Demeter Fragrance Library, is expanding the famed singlenote scent brand into myriad channels of distribution. To not muddy the
channels, there are different options for various retailers. The biggest statement this year was made at mass, where Duane Reade became the new “flagship” for more than 90 offerings. CVS is also going forward with special Demeter scents in purse sizes to keep price points reasonable. For apparel teen retailers, Demeter concocted candy-inspired choices such as Jelly Belly, while Vintage Naturals are upscale naturals for more premium venues such as Sephora. The 250-stockkeeping-unit library also tailors products to fit merchants ranging from Sears to Whole Foods. The strategy worked: Sales are on track to reach $10 million this year. —F.B.

Hair: Aveeno Nourish+Hair Care
This year, Johnson & Johnson catapulted Aveeno, its star natural skin care brand, into new territory with the launch of the Nourish+Hair Care Collection, seven shampoo-and-conditioner combinations. Aveeno’s move was heralded by shoppers, who learned of the new range via grassroots and direct-to-consumer programs, plus TV and print ad campaigns that stressed the line’s Nourishing Wheat Complex, which promises to help bring damaged hair back to life in just three washes. The extension “is natural,” said Susan Sweet, vice president of marketing, at the launch. “We determined a need that wasn’t being fulfilled in the hair care category— effective, results-driven, naturally based and aesthetically pleasing products that help to repair damaged hair.” —A.N.