The 93rd annual Academy Awards, unlike other award shows this season, is expected to be an in-person production when it airs live on April 25.

Makeup department head Gigi Williams on the set of “Mank.”

“It’s an incredible feeling when multiple creative minds come together and something surprises all of us,” said Sergio Lopez-Rivera, Davis’ personal makeup artist, who collaborated with Mia Neal — hair and wig designer and makeup department head — and Davis’ hairstylist Jamika Wilson to create the actress’ look in the film. 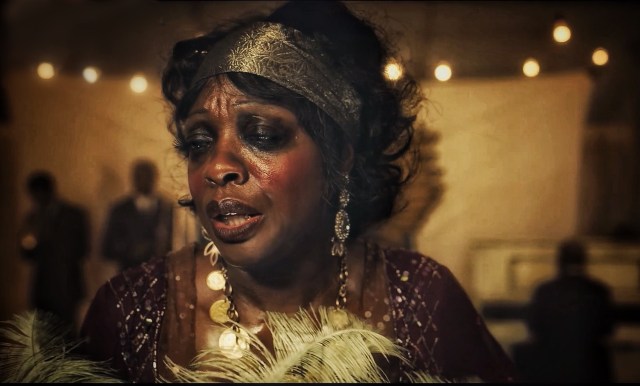 The surprise came three weeks into filming while shooting the opening scene. It was a sensation he felt while admiring his surroundings, the striking attention to detail on set, and seeing the Roaring ’20s come to life through the design, costumes and actors: “I remember that night and all of us walking around with goosebumps. Viola didn’t look like Viola, didn’t sound like Viola. She disappeared. She was nowhere — until they yell cut. Then Viola comes right back.” 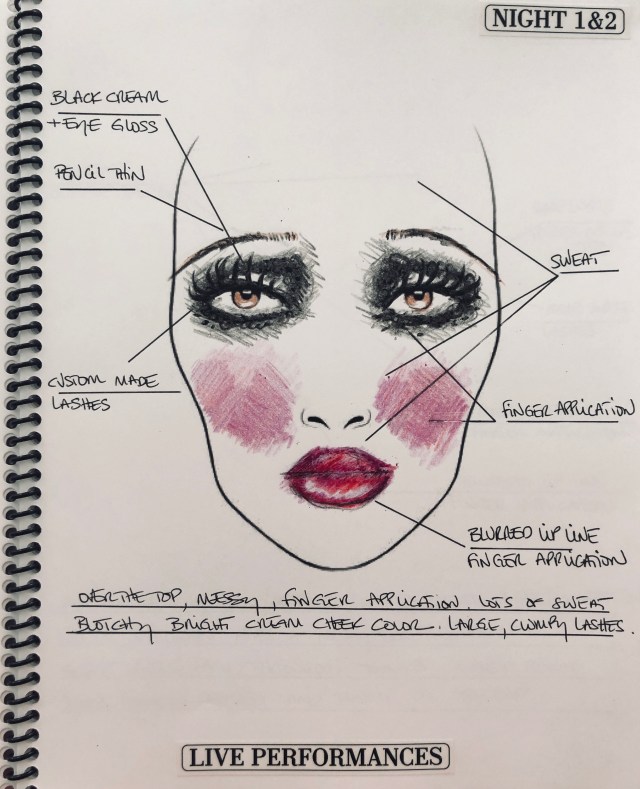 For a creator, the first step taken when starting a project is typically to dive into research. For Lopez-Rivera that included understanding the lack of access Black women had to cosmetics at the time (no shade options for concealer and foundation) and studying photographs from the era and of Rainey.

“I asked myself, ‘What was available for women of color? What was the socioeconomic status? What was her level of education? Where did she learn to do makeup?'” he said. “If I couldn’t find specific historical facts, I had to put two and two together.”

“We have a huge amount of responsibility to pay toward the people that Glenn and Amy and the rest of cast were portraying,” said Mekash. Set in the late ’90s and early 2000s, the film — directed by Ron Howard — is based on the 2016 memoir by J.D. Vance. 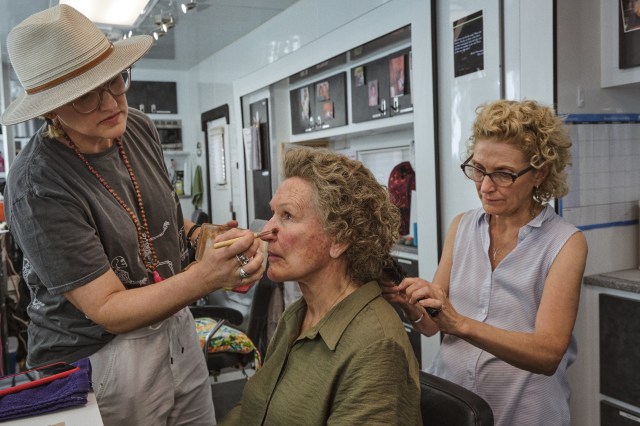 While collaborating with the rest of the artistic team, Mekash worked to make the actors’ physical transformations precise yet realistic. Adams’ character, a heroin addict and young mother, is given a “hard” beauty look with chunky eyeliner and mascara, while Close as Mamaw is depicted at different stages of health and aging. Both women wore prosthetics.

“We made sure that these were subtle makeups, that the acting was doing the heavy lifting, not the hair and makeup,” said Mekash.

Meanwhile, on the set of “Mank” — leading with 10 nominations — Williams was experimenting with texture, shadows and color for the black-and-white production.

“Everyone had to have tan skin, darker skin than the whites of their eyes, because of the filters used,” Williams said of her work on David Fischer’s Hollywood film, centered on screenwriter Herman J. Mankiewicz in the ’30s and ’40s as he finished “Citizen Kane.”

Working with Fischer — a known perfectionist who does over 40 takes a shot — Williams settled on an “eggshell” finish. “Not matte, not high gloss,” she said.

She couldn’t use makeup from the times (“because everybody would look like cracked desert,” given the film’s high resolution), opting instead for Nars Cosmetics’ tinted moisturizers on the skin, along with other various foundations; for lips, she turned to MAC.

“We all hang out very close to the monitor,” she said of the collaborative energy on set. “I really feel like this is an incredible piece of art.”