In light of Father's Day, the duo — cofounder and vice chairman of John Paul Mitchell Systems, respectively — chat about their dynamic, the state of the hair-care industry and impact of COVID-19.

“What do you do when nobody is watching?” asked John Paul DeJoria, cofounder of John Paul Mitchell Systems.

The 76-year-old doesn’t shy away from life’s big questions and lessons, which he’s instilled in his six children, including daughter Michaeline, vice chairman of the professional hair-care company.

“I live by that every day,” she said.

The two present a solid, united front, as they describe the dynamics of their personal and professional relationship in a chat over the phone.

“I think being father and daughter does help,” she added, speaking from her home in Los Angeles, while DeJoria was at a residence in Austin. “I can access him in a way that not many people can.”

He has wisdom and history on his side, she said, while she brings a fresh perspective. They don’t have disagreements, they echoed. Instead, they collaborate, talking through their points of view until they come to a point of consensus.

“By the time we get through it, we see both sides, and it’s pretty evident what the answer should be,” said John Paul DeJoria. “This happens at least once a month.”

Just as he does in television appearances, when sharing beauty industry insights with news outlets, John Paul DeJoria exudes a certain zest for life and optimism, a trait that’s arguably a driving force behind his success. He’s been keen to share his remarkable life story, which has made headlines through the years. Growing up with little money in Los Angeles, he found himself homeless — not once but twice — in his younger years. It was due to a series of misfortunes, including his first wife leaving him and his oldest child, and he ended up living in his car. It was with just $700 that he started the business in 1980 alongside the late hairstylist Paul Mitchell, after meeting in the early Seventies.

Today, John Paul DeJoria is a billionaire, and John Paul Mitchell Systems is the largest privately-owned hair-care company in the world. Headquartered in California, it’s found globally in about 115 countries with estimated annual beauty sales of $850 million last year, up about 3 percent from 2018, according to the 2019 WWD Beauty Inc Top 100 list of the world’s largest beauty companies.

Things have taken a turn, however, since the coronavirus pandemic. “We lost two-thirds of our sales,” said John Paul DeJoria.

With a portfolio that includes brands like Paul Mitchell and TeaTree, which is a more sustainable option, the majority of the company’s sales come from selling to hair salons. Business was inevitably affected when salons closed during the crisis, though the two shared a positive spin, emphasizing their focus on giving back to their community.

“The sales went down,” John Paul DeJoria said. “However, how we coped with it was by helping out.”

There were no furloughs at John Paul Mitchell Systems. Though many of the approximately 325 employees worked from home, they all continued to receive paychecks via John Paul DeJoria and Mitchell’s son, Angus, who took over as partner after Mitchell’s passing.

“For our company, that’s $3 million of payroll we would have saved,” John Paul DeJoria said. “We paid for it out of our own pocket. We gave our people full salaries period.”

John Paul Mitchell Systems also gave $4 million worth of free products to salon partners to help them reopen “no strings attached,” he added.

“When COVID-19 hit and the world shut down, instead of thinking about how to get our sales back up, we focused on how to get the industry back up,” said Michaeline DeJoria. In the early days of the pandemic, the company pivoted to produce hand sanitizers and face masks for first responders. “By investing in our industry, we’re investing in our future and the future of countless others. By continuing to empower and support stylists, we’re not only turning sales around, but I believe we will all come out stronger.”

Investing in the industry as a whole is a key part of the company ethos, passed on from father to daughter. Another important factor is that the company has stayed true to its professional roots.

“If you ever see Paul Mitchell in any drugstore or supermarket, it’s either black market or counterfeit,” said John Paul DeJoria. “We don’t sell it to them…I believe we are the only company in the professional beauty business that is in the hairdressing industry. Even when we worked out a deal with Amazon…a piece of all sales made off Amazon go right back to beauty salons.”

He went on: “Our competitors, four, five companies in the professional beauty industry of salons, they also own the biggest companies retail, so they’re able to take advantage both ways, retail and professional. Ours must be [in] the professional beauty industry only, and by having that commitment, it means we have to do everything to build the entire industry to keep our segment of it healthy. As we grow, our entire industry grows,” he continued. “Hairdressers realize, wow, these guys at Paul Mitchell are a thousand percent behind us and that picks up a couple extra customers along the way, when they see how dedicated we are to the industry and their success.”

The DeJorias also stay connected to the community of hairstylists through Paul Mitchell cosmetology schools. The company is rethinking new launches due to COVID-19, and while looking ahead, they plan to concentrate on creating sanitation kits, professional product, color — which is a huge focus — and education.

“I really see a lot of our business being geared towards education and in-salon support,” added Michaeline DeJoria. The company is also investing in artificial intelligence, gadgets and technology to improve hair analysis in partnership with FitSkin, an AI beauty platform. “That’s going to be brand new for us, which we’ll be launching soon as well.”

Michaeline DeJoria has nothing but praise to share about her father. She learned the meaning of integrity and hard work from him firsthand at a young age, she said. Now 36 years old, she’s passing those traits on to her own kids, aged 12, nine and two.

She became director of future development at John Paul Mitchell Systems after studying product development at the Fashion Institute of Design and Merchandising, as well as organizational communications and industrial psychology at Pepperdine University. In this role, she shared insight on how to target a younger consumer. Now, as vice chairman, she directs the company’s future development for all brands.

“I wanted to be a writer, a mom, and I wanted to be, quote, the boss of Paul Mitchell,” she said with a laugh. Her initial interest in the company began as far back as kindergarten. “That was always my childhood goal.…My favorite activity as a kid was going into the office with my dad and just playing office and bouncing from desk to desk and hanging out with everybody.”

She spent time immersing herself in different departments, including the warehouse. “I wanted to really understand how things worked, what the processes were like and what the experience was like for the person in that role,” she continued. “I knew I needed that exposure to become a great leader. It is to this day the most valuable thing I’ve ever done in my career. It absolutely makes me a better leader and decision maker. I also knew it was important to take the time to earn trust, build relationships and be on the same page as the team. I will never be a boss that’s in a bubble.” 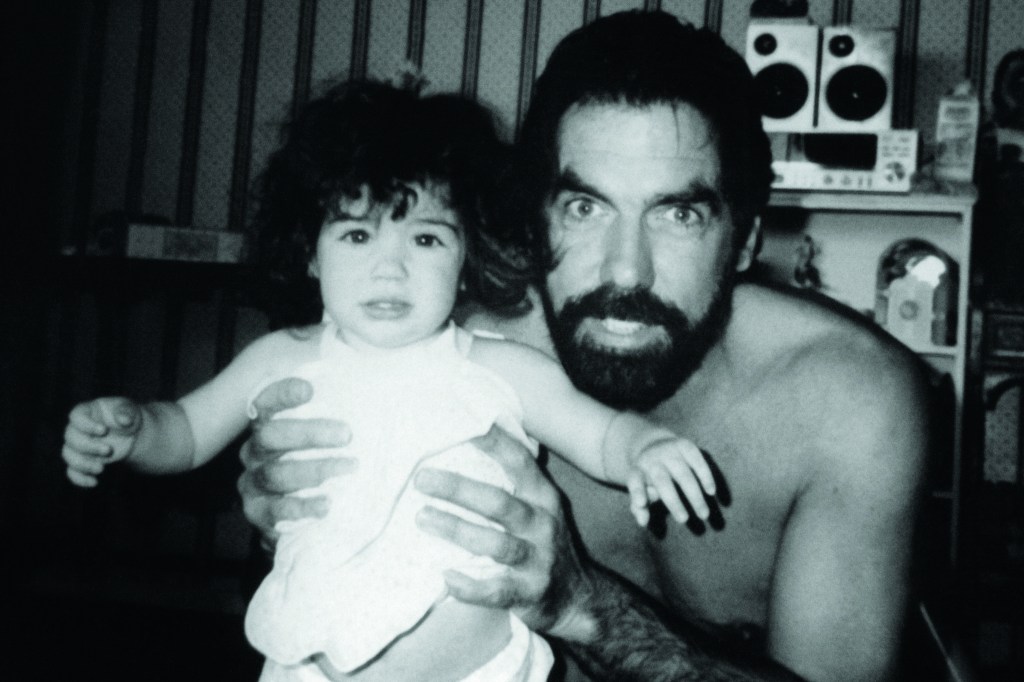 It was Michaeline DeJoria who argued that more advertising dollars needed to be invested in social media, at a time when most of the sum was put into TV and magazine ads.

“I’m old school,” said John Paul DeJoria. “And please remember this, I do not have e-mail. I do not go on the Internet. I don’t use social services. I do phone calls and texting. That’s it, by choice.…Anyway, she proved to me, yeah, there’s something to look at there. So, we gave a seven-figure bracket additionally to the social media that she recommended. One year later, we analyzed what we did, and she beat us three to one. We were getting 300 percent more out of social.”

A skilled salesman, John Paul DeJoria is an entrepreneur at his core with other ventures that include tequila company Patrón Spirits Co., which he founded in 1989 with businessman Martin Crowley. Two years ago, it was acquired by Bacardi Ltd. for a reported enterprise value of $5.1 billion.

It’s going the additional mile, he added, “knocking on every door,” which he literally did for a job early on, selling encyclopedias door-to-door instead of heading to college in order to make money: “I would knock on 100 doors, commission only. They would all be closed on my face, but on door 101, I was just as excited and enthusiastic as I was on the very first door.…Eventually, I got into a door and could make a presentation. You learn a lot of rejection, and it doesn’t faze you.”

These days, as the face of the company and chairman of the board, John Paul DeJoria concentrates on philanthropic endeavors, which were heightened these recent months during the pandemic. He’s helped provide food and shelter to the homeless and those in need in the Austin area. And though there was a loss of sales to the business, he’s made his team a priority, he said.

“Success unshared is failure,” he said. “Make sure your people are happy. As soon as we could afford it, several years after we were in business, everyone got free lunch, and they still do.”

Company turnover is less than 150 people, he added. “They don’t want to leave, and we don’t want them to leave.”

They’ve started to see a return to their “pre-COVID-19 numbers,” said Michaeline DeJoria. “We will end up in a better place than we thought we would when everything shut down, and there was no end in sight. My expectation for the future is that our annual sales will do what we have always done…continue to grow year over year. My goal for the future is that we take those growth percentages to new heights.”

John Paul DeJoria attributes the company’s success to the quality of the products themselves, which he noted have never been tested on animals: “Some of my first products I came out with 40 years ago, shampoo one, shampoo two, the conditioner, sculpting lotion, are still good sellers 40 years later. We do not want to be in the selling business. We want to be in the reorder business. What that means is, that our product must be so good and the end result of it must be so outstanding in the beauty industry that people will want to reorder it. We do everything for longevity.”

In true character, he’s optimistic when looking to the future. The industry is “ready for anything,” he continued. “Even though this has been a very unfortunate situation, we’ve learned that if it ever pops up again, we know the sanitation necessities now. We are prepared.”