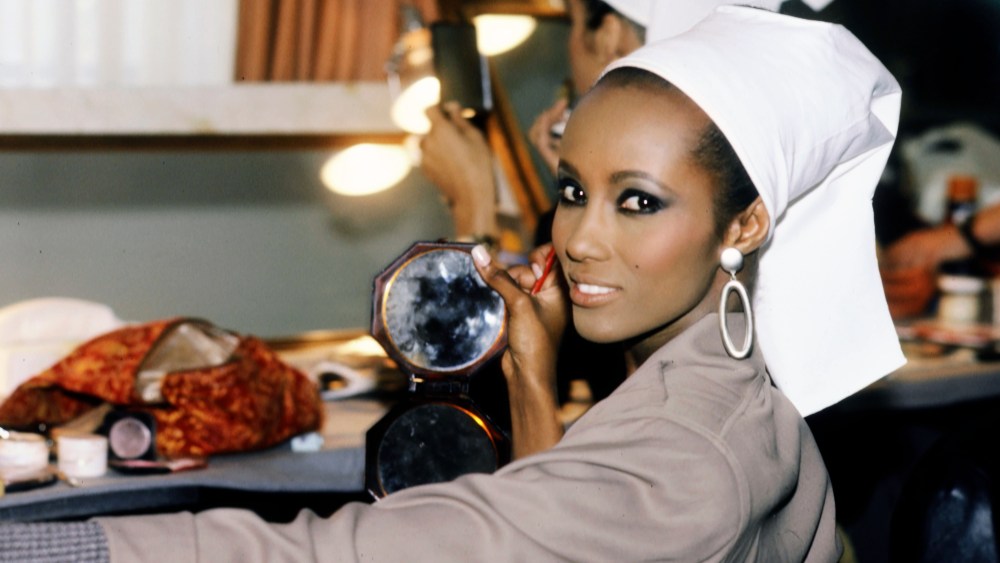 The beauty industry has a long history of Black entrepreneurship that stems largely from women.

Here, WWD takes a look back at Black-owned beauty businesses from decades past.

Annie Turnbo Malone was one of the first Black women to achieve millionaire status in America. The niece of an herbalist and daughter of formerly enslaved parents, Malone created a chemical hair straightener called Wonderful Hair Grower and developed and patented the pressing comb. Her net worth was once thought to be as high as $14 million, according to the University of Illinois’ Historical Archaeology and Public Engagement website.

After moving to St. Louis from Illinois, Malone opened a retail outlet at the 1904 World Fair, where positive consumer response to her hair care products led her to expand distribution nationally by 1910. Malone trained local sales agents to travel door-to-door, including to Black churches and community centers. Madam C.J. Walker, who would go on to create her own beauty products, was one such sales agent.

Malone is known for building a campus called Poro College, which consisted of her offices, manufacturing operations, a training center, classrooms, barber shops, laboratories, an auditorium, dining facilities, a theater, gymnasium, chapel and a roof garden. Valued at more than $1 million, Poro College employed 175 people and nearly 75,000 more through franchised outlets in North and South America, Africa and The Philippines.

Anita Patti Brown, a.k.a. the “Bronze Tetrazzini,” was a soprano singer in the early 1900s who launched a line of beauty products under the name Patti’s Beauty Emporium, according to Racked. Brown advertised her products in The Crisis, the magazine published by the N.A.A.C.P. According to one advertisement unearthed by Racked, Brown’s beauty business spanned creams, powder and perfumes.

Madam C.J. Walker, born Sarah Breedlove to enslaved parents in 1867, was a washerwoman-turned-entrepreneur who went from making $1.50 a day to becoming a successful businesswoman with a reported net worth of $600,000 at the time of her death. Walker was a sales agent for Annie Turnbo Malone, whose products inspired Walker to develop a hair tonic — made of coconut oil, beeswax, copper sulfate, sulfur and violet extract, for fragrance — to remedy her own hair loss, according to The New York Times. Walker eventually expanded her business to include hair straighteners, hair-growth elixirs, shampoos and pomades. She gave back thousands of dollars to the NAACP, the Tuskegee Institute, churches and YMCAs.

In an interview with The Times in 1917, Walker was quoted as saying, “Perseverance is my motto.”

Sara Spencer Washington, known as Madame Washington, was a hotel, golf course and beauty magnate. In 1919, Washington founded the Apex News and Hair Company in Atlantic City, N.J., employing 215 people at the height of the business, according to “The Sarah Spencer Washington Story,” a documentary on her life.

Washington, who sold her beauty products door-to-door in the early stages of the business, went on to employ thousands of Apex sales agents. She founded a beauty school and gave interest-free loans to graduates to help them jumpstart their own businesses.

Anthony Overton was a lawyer and judge who founded Overton Hygienic Manufacturing Co. with $2,000 of savings in 1898. The company made baking powder, as well as cosmetics and perfumes, which Overton patented under the name “High Brown,” according to the African American Registry.

In 1911, Overton relocated from Kansas City, Mo. to Chicago where he expanded manufacturing to include 62 products that shipped internationally to Egypt, Liberia and Japan. Overton Hygienic Manufacturing Co. counted both salaried employees and 400 door-to-door sales people, earning a Bradstreet rating of $1 million. Overton founded The Chicago Bee newspaper in 1926.

After his death in 1946, Overton’s family continued to run the manufacturing business until the 1980s.

George E. Johnson founded Johnson Products Co., known for mass market hair care products such as Ultra Sheen and Afro Sheen, in 1954. Johnson expanded into cosmetics in 1970, and his overall business earned $24.2 million in sales in fiscal 1973, according to WWD’s archives.

Johnson’s company owned, produced and sponsored the television show “Soul Train,” on which it advertised its products. Johnson was also a chairman of the Independence Bank of Chicago and owned 26 percent of it.

Barbara Walden is an actress-turned-beauty entrepreneur who launched Barbara Walden Cosmetics, Inc. in 1968. The company, based in Culver City, Calif., manufactured and distributed hair set cream, shampoo concentrate, makeup and skin care products, according to its website. In 1993, annual sales exceeded $5 million, Walden told WWD at the 25-year celebration of her line’s launch.

Eunice Johnson was the founder of the Ebony Fashion Fair, which showed European and American couture and ready-to-wear via a traveling fashion show. She and her husband, John H. Johnson, cofounded Johnson Publishing Co., which published and edited Ebony, Jet, Black Stars and Black World.

Upon noticing that Ebony Fashion Fair models could not easily find makeup that matched their skin, Eunice Johnson launched Fashion Fair Cosmetics for Black women. In 1972, the company had sold 80,000 sample kits, priced at $5.95, within 10 months, WWD reported. It entered department stores the following year.

One of fashion’s first Black supermodels, Naomi Sims was a beauty entrepreneur who developed a fiber, called Kanekalon Presselle, for her high-quality wig collection, The Naomi Sims Collection. Produced by Metropa Wigs, the collection launched in 1973 and was carried in some 700 stores, including Macy’s, Gimbels and Alexander’s in New York, with prices ranging from $7 to $30, according to WWD’s archives.

Within five years, the collection had reached $5 million in annual sales, according to The New York Times. Sims would go on to author a number of books on modeling, beauty and health. She would also launch a cosmetics line and a collection of prestige fragrance products, financially backed by Wagman & Co. As part of the marketing for her fragrance launch, Sims tucked samples of the products into wigs from her collection before shipping them off to customers, according to WWD’s archives.

Lisa Price, who once worked as a writer’s assistant for the last two seasons of “The Cosby Show,” founded Carol’s Daughter — which makes hair, body and facial products geared toward women of color — in 1993. Carol’s Daughter received a round of celebrity investment from Will Smith, Jada Pinkett Smith, Tommy Mottola, Thalia, Jay Z, Jimmy Iovine, Andrew Farkas and Steve Stoute, who brokered the deal and joined the company as a managing partner in 2005. It received a $50 million investment from Pegasus Capital two years later.

In 2014, L’Oréal acquired Carol’s Daughter for as much as $70 million, WWD reported.

After years of mixing her own makeup formulas as a model, Iman founded an eponymous mass-market cosmetics line offering foundation shades for women of color. Five years after its 1994 launch, Iman Cosmetics was generating $22 million in sales per year, WWD reported.

After forming a company called Impala with two silent investors, Iman launched I-Iman Makeup, a prestige beauty line, in 2000. The line launched at Sephora and consisted of 16 products, including foundation, blush, eyeshadow, lipstick and mascara. Iman later signed a significant multiyear licensing deal with P&G involving both of her cosmetics brands.

When he graduated from college in 1991, Richelieu Dennis planned to return to Liberia, where he was born. But when civil wars broke out in the country, Dennis stayed Stateside and cofounded Sundial Brands with his mother.

The two made soaps and creams inspired by those Dennis’ grandmother had sold in Sierra Leone. By 2017, Sundial Brands was projecting to do $240 million in sales, and was acquired by Unilever for an estimated $1.2 billion — one of the largest beauty deals in recent history.

As part of the deal, Unilever and Sundial committed $50 million to the New Voices Fund, meant to provide business funding to women-of-color entrepreneurs.