How Black-Owned Beauty Retailers Are Shaking Up the Beauty Industry

Black-owned beauty retailers — many of which are women-founded and self-funded — are meeting the needs of consumers of color who have long been neglected by beauty's biggest players. 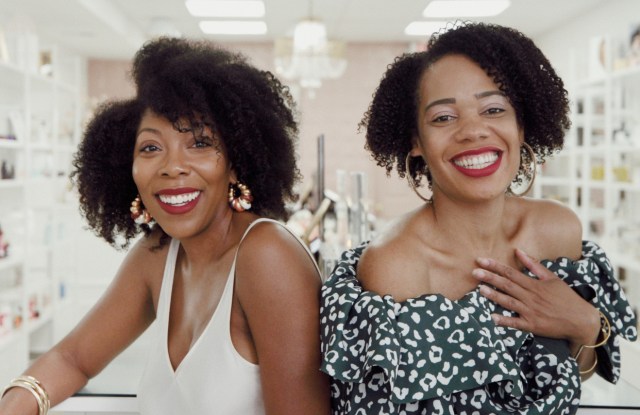 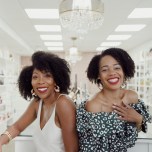 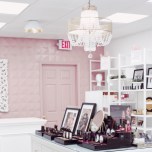 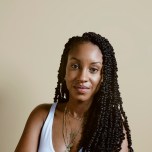 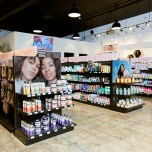 As consumers become increasingly conscious of their purchasing power, some are placing greater emphasis on buying from Black-owned businesses.

The past few years have given rise to a number of beauty retailers nationwide that are self-funded and owned by Black women. WWD Beauty Inc spoke to six Black-owned beauty retailers — five of which have not yet taken on investment — about their business models and causes for launch. Despite each unique story, all shared a common thread: Each of the founders launched their businesses because of one of a variety of failures by the beauty industry to properly cater to Black and brown consumers.

The Brown Beauty Co-op is one such Black-owned beauty retailer that currently carries 50 Black-owned brands online and in its physical store, based in the nation’s capital. Cofounded by Kimberly Smith and Amaya Smith, who are not related, the cooperative aims to offer a more tailored alternative to beauty supply stores, many of which are not Black-owned.

In June, Kimberly Smith and Amaya Smith penned an open letter to Sephora prior to the retailer’s adoption of Brother Vellies founder Aurora James’ 15 Percent Pledge. In the letter, The Brown Beauty Co-op cofounders called out Sephora for its lack of Black leadership, which is 6 percent in the U.S., according to numbers Sephora revealed as part of Sharon Chuter’s Pull Up for Change campaign. They also called into question Sephora’s diversity and inclusion efforts, which the retailer launched after the singer SZA tweeted that she had been racially profiled at a Sephora store in Calabasas, Calif.

In-store mistreatment of Black and brown customers is not an occurrence exclusive to Sephora, but a widespread issue at many retailers, including beauty supply stores. Racially charged misconduct perpetrated toward Aisha Griffin is what led the former automotive manufacturer consultant to launch her direct-to-consumer business, Coil Beauty.

“I became frustrated with beauty supply stores in general, [and] more mainstream stores didn’t have products that catered to my needs as an African-American woman,” Griffin said. “I wanted to create a space where women of color could come and find things that are made for their needs, but also a space where they could feel comfortable shopping and not feel rushed or not treated fairly.”

Maryland-based Dr. Kristian Edwards said she was compelled to launch online marketplace BLK + GRN, which features all-natural products made by Black artisans, after reading a study on the toxicity of products typically marketed to Black men and women. Edwards also read Maggie Anderson’s book, “Our Black Year: One Family’s Quest to Buy Black in America’s Racially Divided Economy,” and understood “the importance of Black people supporting other small, Black brands,” she said.

In her search for all-natural products that were Black-owned, Edwards found herself ordering from “15 to 20 web sites,” indicating a lack of a cohesive online shopping experience.

“I thought, wouldn’t it be easier if there was a marketplace where everything can be bought together?” she said.

BLK + GRN’s four-person team run the ingredients of each product available on the company’s web site through the Environmental Working Group’s Skin Deep database. In 2016, the EWG added more than 1,100 personal-care products marketed to Black women to its database. The organization found that less than 25 percent of those products rated well on its scoring system for hazardous ingredients.

“The toxic trade of often illegal mercury-added skin-lightening products is a global crisis expected to only worsen with skyrocketing demand,” the paper read. It went on to list the health risks posed by inorganic mercury in skin-lightening creams and soaps, such as kidney damage, skin rashes, reduction in the skin’s resistance to bacterial and fungal infections, anxiety, depression, psychosis and peripheral neuropathy.

In its product analysis, the EWG found that bleaching products and hair relaxers were the “worst-scoring products marketed to Black women,” according to an article on its web site. Breaking the consumption cycle of these kinds of hazardous products is part of Brittney Ogike’s mission with BeautyBeez, an online beauty retailer with a physical presence in Los Angeles’ North Hollywood neighborhood.

“A lot of our customers are loyal to certain brands or products that they grew up on because, for decades, it was the only option at the traditional beauty supply [store] — relaxers to make our hair straight are products with toxic ingredients, tools that are damaging to our hair,” Ogike said. “When our customers come into our store asking for these products, we try to educate them on why we don’t carry that specific brand or that particular product. We try to offer them the better alternative.”

BeautyBeez is self-funded by Ogike, who works in sports management. Her brother, NBA player Khris Middleton, is an investor in the business.

BeautyBeez’s e-commerce platform carries nearly 2,000 products by 200 brands. The brick-and-mortar store, which reopened in May after closing due to COVID-19, has a section called “Classics” that offers some of the brands Ogike intuited her customers may have been taught to use at an early age. When the store first opened nearly a year ago, the Classics section was its best-selling. Now, the best-selling products are the “better products for us,” Ogike said.

Jazmin Alvarez, an alum of Calvin Klein and Condé Nast who also worked on the production and casting for Fenty Beauty’s digital launch in 2017, is the founder and chief curator of Pretty Well Beauty, a clean beauty curation web site. She launched Pretty Well Beauty last year after multiple experiences with clean beauty retailers that she perceived to be “elitist and exclusive,” she said. Pretty Well Beauty now carries about 30 brands.

“I like to consider myself the anti-Goop, if you will,” Alvarez said, referring to Goop’s exclusionary marketing that tends to leave out customers with a more modest shopping budget, as well as consumers of color. “There’s very little representation of women of color in the clean beauty space, so I wanted to be that voice and set a really high standard. Almost every other beauty retailer makes concessions in one way or another. That’s just not something I’m willing to do, and it’s how I’m hoping to set my brand apart from them — not just with clean but with sustainability.”

“I wanted to know I was providing the best value for the people,” Imbisi said. Nala Essentials’ e-commerce platform carries about 10 brands created by people of color.

“Nala Essentials is here to make Black women and people of color know that they’re seen,” Imbisi said. “Growing up, I did not see myself in the cool, healthy-looking brands. I’m glad to say that is now changing. People of color and Black people are now going to be taught about the importance of taking care of ourselves and spending a little bit more money on products that are much better and healthier for us. I’m excited to see where the health and wellness industry goes for Black people and people of color.”

While some of the Black-owned beauty retailers interviewed by Beauty Inc were negatively impacted by COVID-19, nearly all expressed that the surge in conscious consumption of Black-owned beauty has translated to a bump in sales for them.

Imbisi said Nala Essentials’ overall sales have gone up, as has the average order value. “Weirdly enough, the men’s products are flying off the shelves,” she said.

Ogike said that in June, BeautyBeez’s sales were up as much as 300 percent. In-store foot traffic grew, as well.

“June has, by far, been our biggest month yet in regards to sales and social engagement,” Ogike said. “I attribute that to the protests and the Black Lives Matter movement. Our world is waking up and our community is being more conscious of where we’re spending our dollars.”

After experiencing a dip in sales due to the coronavirus, BLK + GRN has since seen an increase, Edwards said.

“One of the big things I’m trying to get across is I hope people make this a habit,” she said. “It doesn’t help for you to [buy from a Black-owned business] one time. We want it to be something you understand the underlying reasons of why it’s important, something you continue to do.”

The Brown Beauty Co-op saw a 75 percent decrease in revenue in March and April, when it was forced to close its brick-and-mortar store. The business has seen “steady growth” since June, said Kimberly Smith, and is currently allowing customers to shop in-store by appointment.

“We’ve been getting an influx of new customers based on a lot of the campaigns we’re seeing online around ‘buy Black’ and ‘support Black-owned businesses,'” Smith said. “This is a crucial time for a lot of small businesses. We’ll take the support, we’ll take the tags because we are trying to survive COVID-19. Put your money where the message is.”

The Brown Beauty Co-op has been called “The Black Sephora.” Similarly, BeautyBeez’s Ogike said she aims for her store to be “the Sephora for Black women.” That comparison is telling of Sephora’s aspirational value for many beauty consumers and simultaneous failure to cater to a diverse-enough consumer base.

“When customers come in and see our space — especially a space curated for women of color, ethnic beauty — they’re not used to it,” Ogike said. “Beauty supply stores for women of color, there’s no intention in the retail space. There’s just products. So when customers come into our store and they see that it’s a store for them but it looks like a Sephora, they start questioning. They’re like, ‘Is this Black-owned?’

“We have team members who look like you, who understand your unique needs,” Ogike continued. “Our customers come in for one thing and they leave with 10 because they trust our associates in giving them what they actually need that’s effective. We get a lot of ‘thank you’s,’ a lot of ‘I’m gonna tell my friends’ or ‘I’m going to church on Sunday, I’m telling my whole church.’ And they actually bring them. The enthusiasm they have for the brand, the store, it shows.”