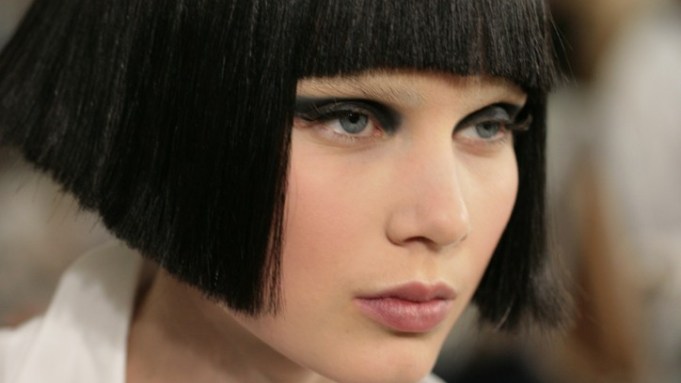 “Mr. Armani wanted no color on the face whatsoever,” explained makeup artist Linda Cantello backstage before the Armani Privé haute couture show for spring-summer 2009. “He wanted a black, graphic shape on the eye.”

So models’ eyelids were colored with black rectangle-like forms and tipped with long eyelashes. “It’s an odd mix of Thirties and graphism,” she said.

Hairstylist Luigi Murenu, meantime, created three different black coifs for the show. “It’s all about geometry and graphics,” he said.

There were black bobs, plus two looks involving black headbands. “The shine is almost like a vinyl,” explained Murenu of the hair’s glossiness.

For the Latest in Paris Couture Week Beauty >>