Branding Experts Weigh In on ‘Whiteners’

Most say merely changing descriptives of such skin-care products is not enough to educate consumers about the beauty of diversity.

Nothing is entirely black and white, especially when it comes to skin care, branding experts believe.

It might seem otherwise, given how in the wake of the growing Black Lives Matter movement, sparked by the killing of George Floyd in late May, a number of major multinational beauty companies quickly announced they are changing the descriptives of their brightening and lightening products, bestsellers today in Asia and other western markets, like the U.K. and U.S.

Such adjectives most often appear on creams and treatments formulated to make people’s skin lighter and more even-toned. To some, this is viewed as conforming to a western ideal of beauty — often seeded during colonial times, and denoting wealth and social status.

But a number of industry experts wonder whether it’s enough or even the best approach to educate consumers about the beauty of diversity, especially in markets where there’s a long-standing, homogenous ideal and huge appetite for products that lighten skin tone.

For beauty companies, such products make up a massive business. The global skin-lightening products market generated $4.08 billion in 2017 and is expected to practically double, to reach $8.01 billion by 2026, according to Stratistics Market Research Consulting.

By country based on skin-lightener ingredient volume consumption, this year China ranks first, with 1,036.2 tons. In Asia, Japan is second, with 745.2 tons, followed by India, with 175.7 tons, Euromonitor International statistics show.

Among the beauty behemoths evaluating this category is the Estée Lauder Cos. Inc.

In a statement Wednesday, the group said its brands “are doing a full review of their products to ensure they are respectful, inclusive and culturally sensitive in each of the markets where we do business.”

“Inclusion and diversity are essential to our ability to serve consumers everywhere they are in the world,” said Fabrizio Frieda, president and chief executive officer of Estée Lauder. “They are at the center of our values and a key enabler of our success. We are focused on creating authentic products that are locally relevant and tailored for many different consumers around the world based on unique desires and preferences, with deep respect for celebrating differences around the globe.”

Less than two weeks prior, L’Oréal said it was removing the words “white/whitening, fair/fairness, light/lightening from all of its skin-evening products.” 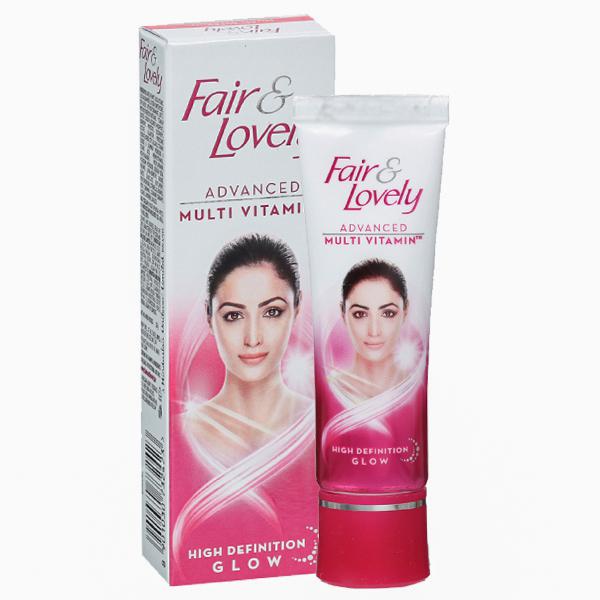 Johnson & Johnson said it is changing its wording, too, to promote “a more inclusive vision of beauty” and will stop selling the Neutrogena Fine Fairness product line, which had been marketed in Asia and the Middle East, and Clean & Clear Fairness, which was carried in India.

“It’s actually bringing, more than anything else, at least awareness [of the racism issue],” said Kunika Khera, a New Delhi-based director of Grail Insights consultancy, referring to the name changes. “People are starting to talk about it. So that’s actually a step in the right direction.”

“Brands do not want to be caught on the wrong side of the fault line,” said Martin Roll, a business and brand strategist with an expertise in Asia, adding that’s particularly true today, when factors such as the digital revolution and vocal young consumers make a possible fallout more magnified and swift than before. “So they take a stand pretty quickly.”

Still, more might be done from a branding perspective.

“I would be very open and very transparent, even before you get into something near crisis communication,” said Roll. “I would try to connect with my consumers, that’s for sure, reach out to female consumer groups and talk to them.

“Maybe for younger consumers, it’s to say you have to be careful with whitening — we know it’s a notion of beauty, but it shouldn’t hurt your skin. You should be proud of your skin color, whatever complexion you have. We have this product, but use it in moderation,” continued Roll. “Leave it to the Asian women to decide.”

“The discussion is important for inclusivity, so that the pressure on these people, on these kids — the younger girls and boys — goes away, and it becomes a personal choice at the end,” agreed Khera.

She also suggested that brands, alongside saying they’ll stop advertising whitening products as they had before, possibly instigate outreach actions, like they’ve done with those linked to the Black Lives Matter movement.

“They’re setting up donations, they’re helping that community,” she said. “Similarly, do something positive for the narrative to change.”

Some beauty brands are eschewing adjectives such as “whitening” or “lightening,” shifting instead to the likes of “brightening” and “glow.”

Chanel describes its Le Blanc beauty products as for unifying complexions by fighting against brown spots and enhancing radiance.

“[It’s] in no case a range of skin whitening,” said a company spokeswoman.

Chanel is not considering changing the line’s moniker, which translates to The White.

“We therefore have no plans to change the name of the Le Blanc range, this reference being an integral part of the iconic color palette of the Maison Chanel,” she continued. “Please also note that Le Blanc is never translated into other languages, [the same] as Le Rouge, Coco Noir, Bleu and Les Beiges.”

Advertising is probably the most powerful tool to broadcast a beauty brand’s inclusive message.

Fenty, the makeup label known for its wide shade palette, has garnered praise for a recent co-branded line done with the Hey Tea tea drink chain in China. While raising its own visibility, it’s bolstered awareness about inclusivity.

“That’s basically how Chinese consumers got more familiar with this term,” said Remi Blanchard project leader at Daxue Consulting in Shanghai. “It’s a very interesting approach that Fenty has.”

He called the strategy, which is novel in China, effective in changing people’s perception of beauty.

Michael Nolte, creative director of BeautyStreams in Paris, referred to the Indonesian beauty brand Sariayu’s advertising that featured two Asian models — one with lighter skin than the other.

“There are initiatives now where the acceptance of natural skin tones seems to become more important,” he said.

Beauty brands, added Nolte, have a responsibility “to tell consumers: ‘You are beautiful the way you are.’”