Direct-selling giant Natura sees a solution to its sagging sales and profits in brick-and-mortar. 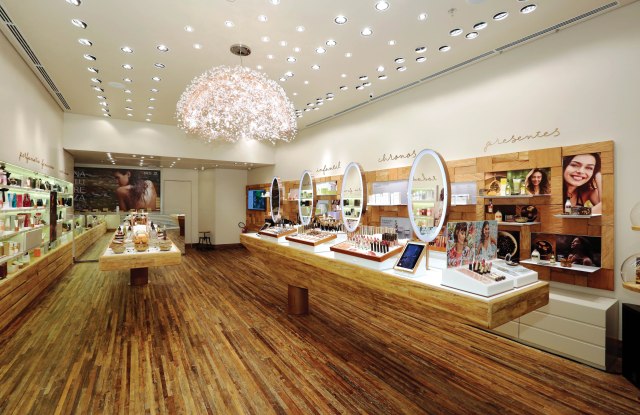 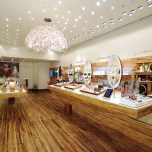 SÃO PAULO — Direct-selling giant Natura sees a solution to its sagging sales and profits in brick-and-mortar.

This story first appeared in the November 30, 2016 issue of WWD. Subscribe Today.

Brazil’s beleaguered beauty leader intends to open a large number of retail shops in the next five years to generate up to 15 percent of sales from multichannel platforms, up from 2 percent currently, said marketing vice president Andrea Alvarez.

The plan comes a month after the company named Joao Brotto its new chief executive officer in late October, replacing Roberto Oliveira who resigned amid difficult market conditions that will drag profits dramatically lower this year, according to analysts.

“We are in the full-blown implementation of a road map to recover innovation levels and grow in multichannel,” Alvarez told WWD, during a recent annual awards ceremony by the beauty industry’s main lobbying organization, Abhip. “We are still fully committed to direct sales, but in five years, we want to draw 10 percent to 15 percent from other channels.”

Natura will ring in 2017 with five stand-alone shops after openings in São Paulo and Paris. While the strategy should significantly bolster turnover, Alvarez said Natura will also enter pharmacies and has big plans for its Red Natura e-commerce platform, which has generated sales increases of more than 10 percent.

To offset flagging domestic sales, the firm launched new products under its Ekos, Tododia, Humor and Chronos skin-care, body-care and fragrance banners and stepped up marketing investment though it said capital expenditures will fall to roughly $87 million from $101 million that was previously earmarked.

International growth is another priority, Alvarez said, adding that foreign revenues will rise at “high-double digits” this year to account for more than 30 percent of group revenues. Natura will continue to enlarge its Argentina, Peru, Chile, Mexico, Colombia and Bolivia operations.

There also is a shop planned for New York on Elizabeth Street. It is due to have a two-week run in December, then open in February.

“Their international results have been outstanding and should remain very strong,” said one analyst requesting anonymity. “They have been improving the top and bottom line with higher margins.”

Natura, which has carved a niche by sourcing beauty products from the Amazon Jungle, is growing rapidly in Mexico, Colombia, Peru and Chile where “most growth will come from because direct distribution is very undeveloped” in Latin America, according to the analyst.

Aesop will close the year with 50 stores after installing 40 in 2015, entering new markets in the U.S., the U.K., France and Brazil to flex its muscles beyond its Australian base. With 170 stores, Aesop is now present in 20 countries.

To drive growth, Natura will likely roll out Natura Brasil and Aesop shops and expand e-commerce to other Latin American nations, added the analyst.

In Brazil, the firm is having a tough year as consumers shun premium cosmetics in favor of cheaper alternatives to survive Brazil’s economic malaise.

Itau BBA analyst Ruben Couto forecast Natura’s 2016 net income will fall 42 percent to 295.7 million reals, or $86 million at current exchange, on revenues up just 1 percent to 7.98 billion reals, or $2.3 billion. Earnings before interest and tax will decline 12 percent, leaving the margin at 13.9 percent, he said.

Natura is dragging its feet to diversify its operations in the face of cut-throat competition from compatriot O’Boticario and Avon, which is ramping up in Brazil, Couto noted.

Nimble O’Boticario, which is forecasting an 8.8 percent sales jump this year, has clinched 11.2 percent of the direct sales market, up from 6.9 percent in 2010, according to Couto.

In contrast, Natura controls 11 percent, down from 15 percent six years ago.

“Even though their [recent] strategy is in the right direction, they are delaying its execution,” Couto said. He said Natura planned to open 10 retail stores this year but later back-tracked to install just five.

Analysts hope Brotto will hasten Natura’s omnichannel transition though they cautioned this will be difficult as the firm is used to big door-to-door profits, has a very large sales force and little experience in traditional retail.

“The direct channel is very profitable so this makes them quite complacent,” Couto noted. “However, it is maturing fast.”

Life will also be difficult in 2017, Couto said though he noted an expected recovery in Brazilian beauty sales should provide a boon.

The improving sentiment has turned Abhipec optimistic that 2017 beauty sales can grow after falling an estimated 1 to 2 percent this year.

In 2015, revenues in one of the world’s top five beauty markets plunged 8 percent, executive president João Basilio conceded to WWD.

“Next year will undoubtedly be positive,” Basilio said before the awards began to later hand the top prize to Brazilian beauty firm Hinode for launching savvy, recession-busting strategies that outshone rivals.

The industry’s boss added consumer confidence is rising. Temer’s policies “are starting to show,” Basilio claimed. “Petrobras [the oil giant] shares are up 240 percent and it accounts for 10 percent of our GDP. That should tell you something.”

According to Basilio, the fragrance and men’s segments grew strongly this year, offsetting losses in the premium and masstige categories.

“The worst seems behind us,” Couto concurred, though not necessarily for Natura which 12-month share target he recently lowered to $6.10. That is down from the stock’s recent $8 price equating a 17.2 percent gain for the year.

“It’s hard to explain,” Couto said of Natura’s high market return despite its troubles. “This stock is dominated by very long-term-oriented investors that see Natura as a very strong Brazilian brand generating a lot of cash when compared to other consumer staples.”