Butt-Con, the wellness convention that piqued social media's interested earlier this week, made its debut in New York City.

Butt-Con, a convention centered around the health and fitness of derrières, debuted in New York City Wednesday evening. The event, sponsored by bidet attachment company Tushy, was billed on its web site as “a holey experience for the like-behinded.” There was an “ass-kissing” booth, a large-scale pink, inflatable behind and a photo room in which goers — more than 450 people attended — could take belfies.

There was also a lively panel lineup featuring a motley crew — including cake sitter Lindsay Dye, adult entertainer Asa Akira and “colonist to the stars” Tracy Piper — that participated in panels titled, “Booty Business,” “The Inner Workings of Butt Sex” and “Twerking 101.” Hattie Wiener, an 83-year-old cougar and sex therapist, was one such panelist who was given 30 minutes to speak about “a–hole smells.” 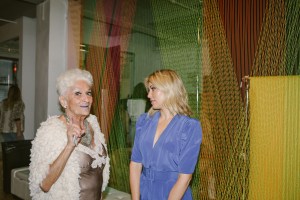 “That’s my main topic,” Wiener told WWD. “It’s hilarious because as a cougar, my nose is always down there.”

The key takeaway from her talk was that “[a–holes] have to be impeccably clean — not even an essence of a smell, not a whiff, nothing,” she said. “When a guy smells, I have [a] little towel and mint soap and I wash him. It’s been said about straight men that the last time they had a clean a–hole was when their mother changed their diaper. And it’s true.”

Butt-Con peaked social media’s curiosity in the days and hours leading up to its kickoff, with users expressing interest in knowing exactly what it was. With admission at $12 a ticket, the risk to finding out was relatively low — in fact, it was enlightening.

The wellness movement is in full force, staking its claim over everything from CBD to sexual wellness. And, coming off the backs of what has been dubbed Buttchella 2019, it’s safe to say: the bums have it. Why, then, wouldn’t wellness spread to include butt health?

“More research is done about other cultures who do use bidets and do have bidets in their culture for a really long time, like the Asian culture,” said Miki Agrawal, founder of Tushy and cofounder of Thinx. “You go to a mall in Asia and they have three floors dedicated to bidets. It’s normal there, whereas here, [people use] dry paper and you’re smearing around poop and you’re sitting on that all day long. It’s gross. You would never use dry paper for any other part of your body and call it clean. It’s strange.” 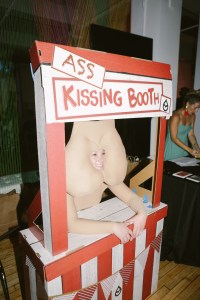