Cannes a Hotbed of Launch Activity

No amount of economic gloom can frighten the cosmetics industry into holding back on its usual riptide of product launches.

By Stephanie Epiro and Pete Born on October 31, 2008
View Slideshow 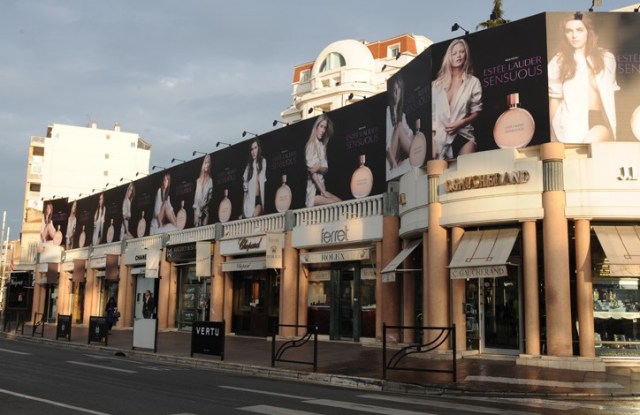 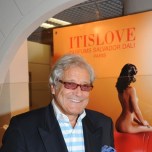 CANNES — No amount of economic gloom can frighten the cosmetics industry into holding back on its usual riptide of product launches. This week, the industry once again performed on cue.

Billboards were splashed across the front of the iconic Majestic Hotel proclaiming the coming of the Estée Lauder Cos. Inc.’s Sensuous fragrance, and the slew of new offerings ranged from a more upscale Ferrari scent, which was unveiled at a party in the hotel with a pair of the ultrapricy sports cars parked outside, to a curiosity-rousing line called Yes for Lov.

Here are some of the highlights:

• On Sunday, the eve of the convention’s opening, Jean-Pierre Grivory, president and general director of Cofinluxe, threw a dinner for 180 distributors and other guests at one of the beach clubs along the Croisette to unveil two fragrance licenses. The first, which had already produced a men’s and women’s masterbrand, was signed with jewelry and watchmaker Charriol. Brand founder Philippe Charriol was at the party and said, “A fragrance is a cloud of happiness that you can enter and move in it. You can’t buy a watch for $50 and be proud of it.” The other license is with couture designer Alexandre Barthet.

• With the help of industry veteran Richard Beardsley, French entrepreneur Christian Palix was showing off Yes for Lov, his new pleasure beauty line freighted with sexual titillation. Among the 15 products Palix said are being sold at Sephora on the Champs-Elysées and Galeries Lafayette are an exfoliating caress cream for buttocks and a couture treatment of a condom with its own stylish pouch. There’s also a shimmering body powder formulated to be edible. Palix described it as being “designed to break up the monotony of daily life.”

• In addition to the Sensuous fragrance, the Estée Lauder brand is launching Time Zone moisturizer in duty free, as well as Kissable Lipshine lip color; TurboLash, the vibrating mascara, and Brasil Dream, a travel retail exclusive scent. Under the Donna Karan brand, the company is launching Delicious Night DKNY masterbrand fragrances, and in the Clinique division, Asia Derma White treatment and makeup products.

• Morris Profumi SpA, with its new owner, Investindustrial, celebrated a change in direction in product development with a sleeker, more sumptuously outfitted men’s fragrance called Ferrari Uomo that is aimed at the prestige market. The brand’s three existing male scents, Black, Red and Passion, have been grouped under the moniker of sport fragrances for the masstige market. Ferrari Uomo will be launched in the first half of next year. The range will be priced at 38 euros, or $49 at current exchange, for 30 ml.; 49 euros, or $63.20, for 50 ml., and 61 euros, or $78.70, for 100 ml.

• Art & Fragrance also held a party to fete its Lalique men’s scent, called Lalique White. Silvio Denz, president and general director of Lalique, said the company made up 25 pure crystal flacons of the fragrance, priced at $18,000 each. The luxury novelty was presented in June, and so far, the company has a waiting list of 50 clients wanting to buy them.

• Zirh will follow up the introduction of its Ikon fragrance with a flanker in the spring called Ikon Pure. The firm re-signed its previous FCUK license with a series of three masterbrand fragrances, starting with Connect, French Kiss in the spring and Rendezvous for the fall.

• Inter Parfums Inc. has blended a lighter, eau de toilette version of its Feerie by Van Cleef & Arpels scent. Also, a fresher eau de toilette version of Burberry Beat has been created for the Japanese market. Philippe Benacin, president of Inter Parfums, hinted at a makeup launch for Burberry by 2010. In March, Inter Parfums also will launch Lanvin L’Homme Sport in a blue soft-touch bottle with advertising featuring Rafael Nadal. The promotional gift will be four blue tennis balls with the star’s signature.

• Bulgari added to its Omnia line with Omnia Green Jade, and Versace previewed Versance, a younger flanker of its Versace signature women’s scent.

• Shiseido is making plans to launch Zen Men for next fall as well as revamping its makeup line, starting with Perfect Rouge lipstick.

• P&G Prestige Products has appointed Selective Beauty as the worldwide distributor of its Ghost, Laura Biagiotti and Baldessarini fragrance brands.